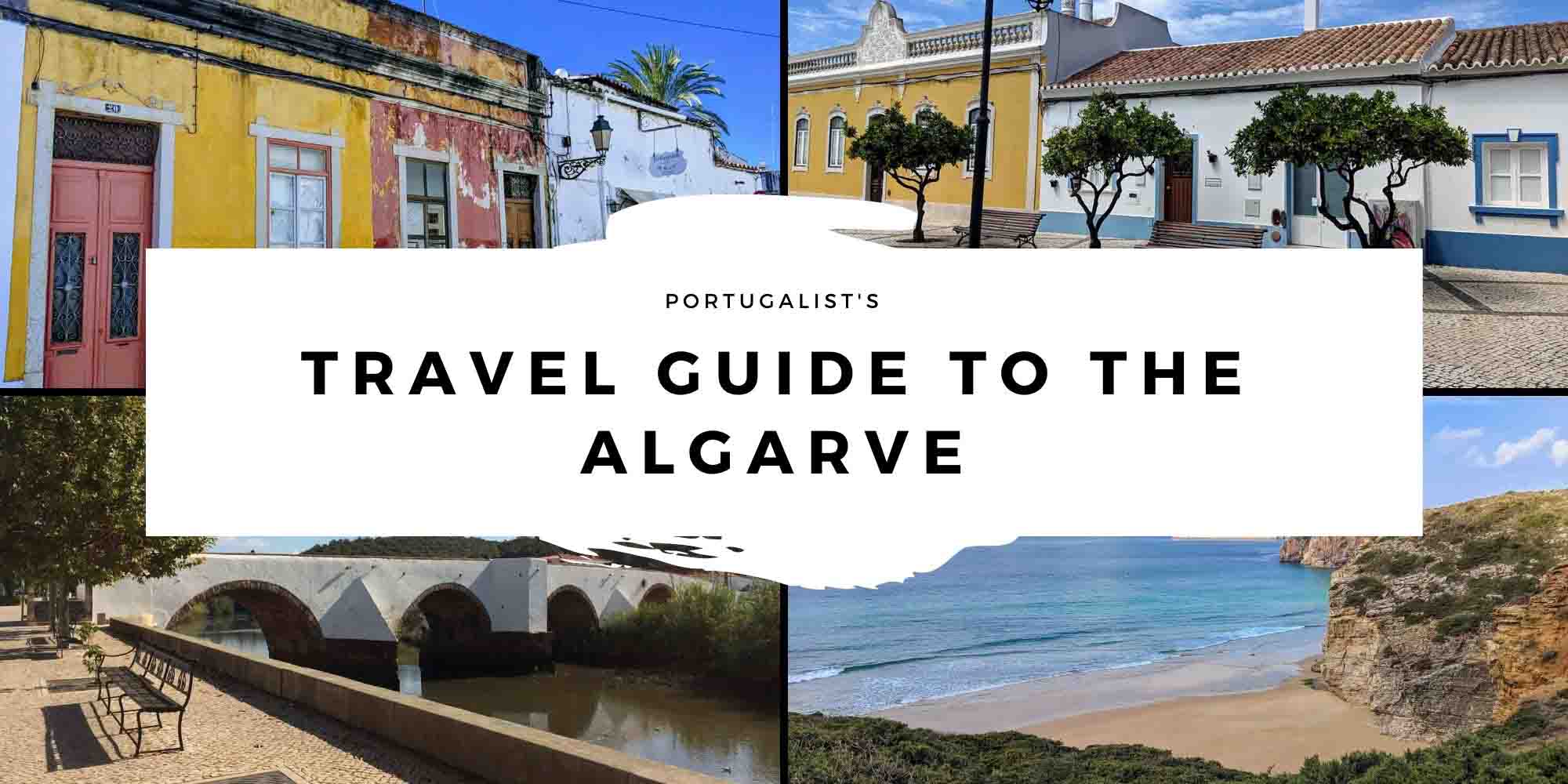 With more than 300 days of sunshine per year, and more than 100 beaches dotted along the coastline, the Algarve is one of the most popular holiday destinations in Europe.

Despite its popularity, it’s also very affordable – particularly if you visit outside of July and August. Then there’s the fact that English is widely spoken, and that the Portuguese are incredibly welcoming and friendly to tourists. It’s little wonder that the Algarve is such a popular place to visit.

Many people imagine the Algarve to be beach resorts and, while that does exist, it’s only one side of the Algarve. The Algarve is an incredibly varied and inclusive place that attracts all kinds of visitors including families, backpackers, luxury travellers, walkers, cyclists, surfers, and just about everything else.

Which Algarve town is right for me?

Regardless of what you’re into, there’s a part of the Algarve that’s right for you and this list will show you where that is. It’ll also help you decide which towns aren’t right for you, which could be just as helpful in planning your trip to the Algarve.

Remember: You don’t have to spend all your time in the town where your accommodation is. The Algarve is quite a small place and, particularly if you have a car, it’s very easy to get from one town to another – it takes 90 minutes to drive from one side to the other.

I want a resort town

Albufeira is the main and most popular resort town on the Algarve. The old town is more family-friendly while the new town (or “the strip”) is more party-focused and where most younger holidaymakers head to.

Many people love Albufeira while others find it too touristy or too busy. If it’s not for you, there are a few other resort towns that you could consider.

See also the list of towns on the Algarve with a beach that’s within walking distance (see below).

I want somewhere that isn’t “touristy”

Some people love resort towns, but they’re not for everyone and you may want something less touristy. It’s hard to find anywhere on the Algarve that has absolutely zero tourists, and for that you really need to head away from the coast, but it’s definitely possible to find places that aren’t “touristy.”

In terms of towns that are along or near the coast, the following Algarve towns feel the least touristy feeling.

As a general rule, the Central Algarve is the most touristy part of the Algarve. The Western Algarve is probably the least touristy, while the Eastern Algarve has plenty of less touristy spots as well (particularly between Faro and the Spanish border).

The West Coast is the rugged and more natural side of the Algarve, and it’s popular with walkers, surfers, yoga lovers, and motorhome enthusiasts from Germany and The Netherlands.

To get to some of the best beaches on the Algarve, you’ll need to drive to them. If you just want a beach, however, and if your priority is being able to walk to the beach, take a look at the following Algarve towns.

I want to party

Most stag and hen parties go to Albufeira, especially to “The Strip.” Praia da Rocha could also be worth considering, although it’s slightly lower-key than Albufeira.

If you’re planning a quieter event, you could also consider other beach towns like Carvoeiro and Alvor, both of which have plenty of pubs but are much tamer. Lagos in the summertime can also be a fun spot, particularly if you want to combine a surfing holiday (or a “learning to surf holiday” with a few beers).

The Algarve towns that appeal most to backpackers are Faro and Lagos, and to a lesser extent Sagres.

Faro is the main city on the Algarve, and it has the most culture and history of any destination on the Algarve. It’s also nearest to the Algarve’s regional airport, Faro Airport, so it’s often the first stop for many backpackers.

Lagos has a laid-back vibe and attracts a younger, backpacker-esque crowd. Many come to the Algarve to learn to surf, or just to enjoy the surf scene.

Sagres sits on the Southwest of the Algarve. It is even more surf-focussed than Lagos, and it also attracts walkers and people interested in the more rugged, natural side of the Algarve.

The Algarve surf scene starts in Lagos and after that is mainly based around towns on the Western Algarve like Sagres and, to a lesser degree, around Aljezur.

Lagos doesn’t actually have much in the way of waves, but a lot of the surf schools are based there. It also has a little more buzz than Sagres, which is a lot smaller than Lagos. Other towns on the Western Algarve like Aljezur and Vila do Bispo also attract a fair number of surfers, but are often quieter again.

Read: The Algarve for surfers

The Western Coast of the Algarve, with its rugged cliffs, protected natural park, and unspoilt beaches, is one of the most popular Algarve destinations for nature lovers.

Other popular destinations include Monchique, the main mountainous region on the Algarve, and the area around the Ria Formosa near Faro on the eastern side of the Algarve.

I want history and culture

The Algarve isn’t as much of a history and culture destination as places like Lisbon and Porto are, but that doesn’t mean there aren’t historical attractions in the Algarve. There are, but they’re very spread out across the Algarve.

Faro probably has the most historical attractions, but you’ll also find churches and even castles dotted across the whole of this part of Portugal.

You’ll find great food all over the Algarve, both national Portuguese dishes as well as dishes that are more typical from the Algarve.

You’ll also find a handful of Michelin-star restaurants as well as plenty of great hole-in-the-wall places too.

Although Tavira is renowned for its octopus and Olhão for its seafood, there isn’t really a town that’s best for foodies. You’ll find great restaurants in every Algarve town, although you’ll have to look harder in the more touristy destinations (particularly those by the coast) where the quality can drop a little.

The Algarve isn’t quite the hipster paradise that Lisbon and Porto are, but that doesn’t mean you won’t find a few craft breweries and speciality coffee shops here especially in the main city, Faro.

See: the hipster guide to the Algarve.

I’m coming for a romantic getaway

With its beautiful beaches, warm weather, great restaurants, and wonderful hotels, the Algarve can be a fantastic spot for a romantic break.

See: the Algarve for couples.

I want to see all of the Algarve

If you’re planning on exploring a lot of the Algarve, you’ll also need to think about transportation. Renting a car is definitely the best idea, although it is possible to explore the Algarve without a car – it’ll just involve more planning in advance.

When to visit the Algarve

In the past, most people visited the Algarve in July and August but that’s starting to change. More and more people are coming to the Algarve outside of the peak summer months and even through the winter months (the Algarve does have more than 300 days of sunshine after all).

Although it’s impossible to predict, the following month-by-month guide should give you an idea of what the Algarve is like throughout the year.

See also: A year-round guide to events on the Algarve.

Getting around the Algarve

If you’re coming for the Algarve for a beach holiday, you may not be planning to explore it much (or at all) and won’t need to worry about transportation. If that’s you, you’ll want to stay at a town that has its own beach like Albufeira, Praia da Rocha, Carvoeiro, or Ferragudo (see the full list of beach towns on the Algarve).

If that’s not you, and you’re planning on doing a few day trips around the Algarve, you’ll need to have some way of getting around. The easiest way and recommended way to get around is to rent a car but, if you don’t drive, there are a few other options.

Read: The Algarve without a car.

Things to see & do on the Algarve

Whether you just go to your nearest beach, or you take the time to explore all the different beaches on the Algarve, visiting the beach is going to be one of the main things that you do while you’re in the Algarve.

See: A guide to the Algarve’s beaches

Lisbon and Porto are much better destinations for history and culture, but that’s not to say that there aren’t attractions to see on the Algarve including castles, churches, and unique festivals.

The Algarve’s west coast is a surfing hotspot, and home to many surf schools where you can learn to surf or just rent boards.

See: The Algarve for surfers

As well as surfing, there are also plenty of other watersports and water-based activities that you can do on the Algarve including stand up paddleboarding, boat tours of the Algarve caves, kitesurfing, windsurfing, scuba diving, snorkeling, and kayaking.

For children (or those who’re still children at heart), there’s no better way to spend the day than at one of the Algarve’s many waterparks.

The Algarve’s golf courses are well-known and every year attract golfers from all over the world.

Outside of the peak of summer, the Algarve is a popular walking destination with many varied routes along the coast, through the mountains of Monchique, and further inland.

Although the Algarve isn’t traditionally on the foodie map, there are an increasing number of food tours and cookery classes opening up on the Algarve. The Algarve is also becoming more and more of a recognised wine region, and many of the vineyards on the Algarve now offer tours and tastings.

The Algarve isn’t Paris or Milan. Most of the clothing shops here are multinational brand names like H&M and C&A, which you’ll find at shopping malls like Forum Algarve (Faro), Mar Shopping (near Faro and Tavira), Algarve Shopping (Near Guia and Albufeira), and Aqua (near Lagos).

Of these, Mar Shopping is the newest and the best. During the summer months, there’s a free bus that connects Mar Shopping with Albufeira, Vilamoura, and Quarteira.

For boutique clothes shopping and high-end souvenirs, most people head to Vilamoura. Porches is also worth visiting if you’re looking to buy Algarve pottery.

The Algarve gets more than 300 days of sunshine, and so isn’t really designed with rain in mind. That said, there are a few things that you can do if the weather is bad including museum trips, shopping, and a trip to the cinema.

Read: What to do in the Algarve when it rains.

There are plenty of great towns and cities nearby that are worth visiting as part of a day trip, both within the Algarve and a little further afield.

Within the Algarve, the most popular places to visit are:

You can take day trips on the Algarve to places like Silves and Monchique, but have you considered taking a day trip outside of the Algarve as well?

3 comments on “The Algarve”