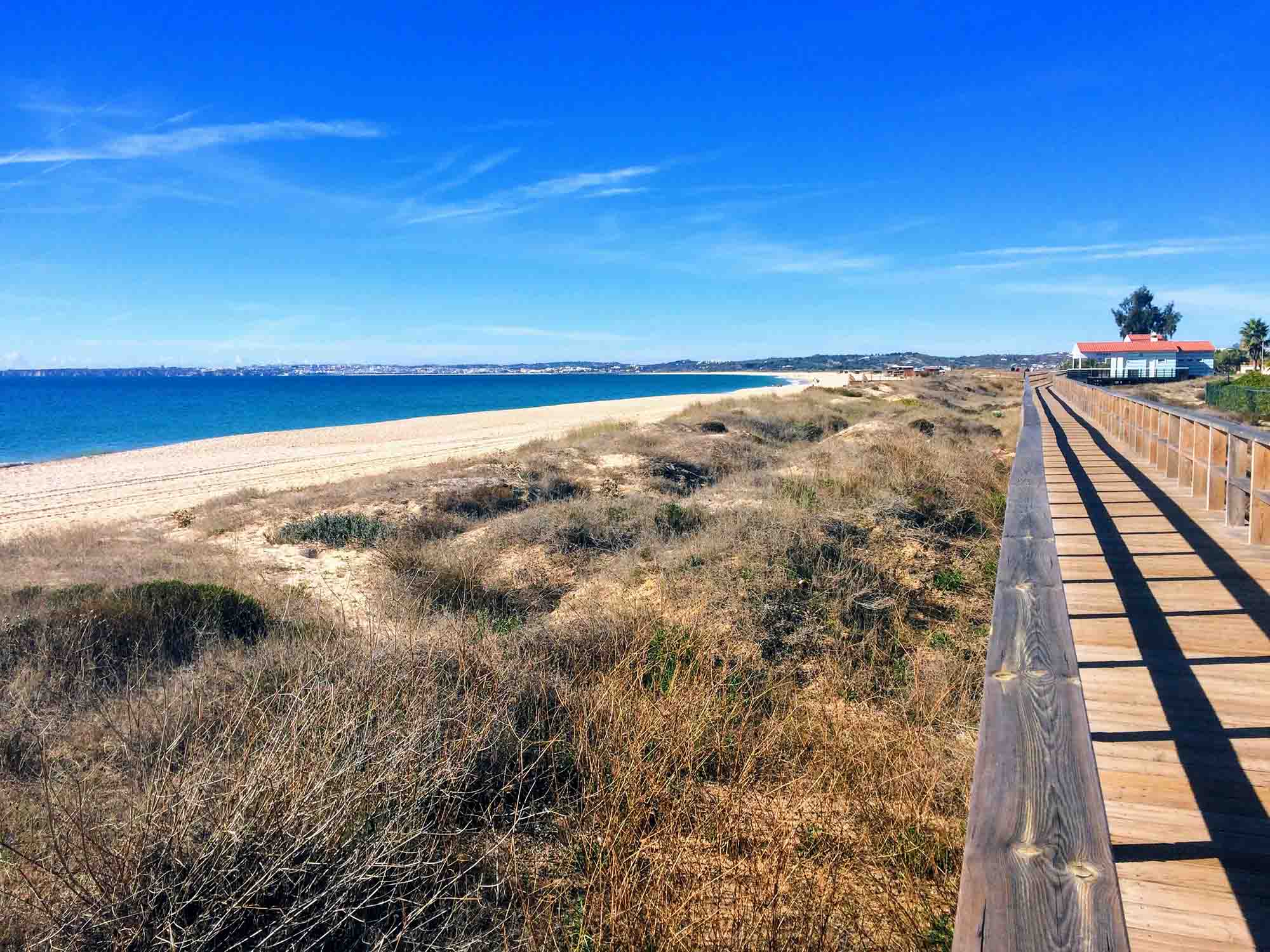 Alvor is a small and laid-back resort town with a beautiful long, sandy beach (Praia dos Três Irmãos) that’s surrounded by sand dunes and a beautiful boardwalk. It’s a peaceful resort town that has a pleasant vibe and feels quite secluded and away from it all – the perfect place to go and relax.

Throughout the day, you’ll see the local fishermen coming and going and untangling their nets. The nearby river, Ribeira de Odiáxere, forms into somewhat of a lagoon and is a popular location for watersports like sailing and windsurfing.

The town is located in between Portimão, a small city with a population of around 50,000 people, and Lagos, a coastal town that’s popular with surfers and backpackers. If you have a car, there’s plenty to see nearby including other beautiful beaches, the mountainous town of Monchique, and the rugged west coast of the Algarve. Alvor is particularly popular with the Irish, who tend to choose here over other similar towns like Carvoeiro and Ferragudo. It also attracts plenty of Brits and a fair few other Northern Europeans, but isn’t really where the Portuguese go when they come to the Algarve. That’s normally Armação de Pêra. That said, there are plenty of Portuguese restaurants dotted across the town and you’ll see plenty of locals relaxing and drinking coffee (or beers) throughout the day. There are plenty of accommodation options in Alvor, including hotels, villas, and apartments to suit every need and budget, but these places particularly stand out.

Is Alvor right for me?

Getting to Alvor is fairly straightforward if you have a car or are taking an airport transfer, but a bit complicated by public transport.

Alvor is a little inaccessible because of its lack of a train or bus station, but you can get buses and trains to Portimão (6.5 km away) and then either a taxi or a local Vai e Vem bus onto Alvor.

Alvor actually has a tiny regional airport, Aeroporto de Portimão-Alvor, located just 2.3 km away from Alvor. The airport has some internal flights from Cascais, Bragança, Vila Real, and Viseu, but it’s normally cheaper to take the train or bus.