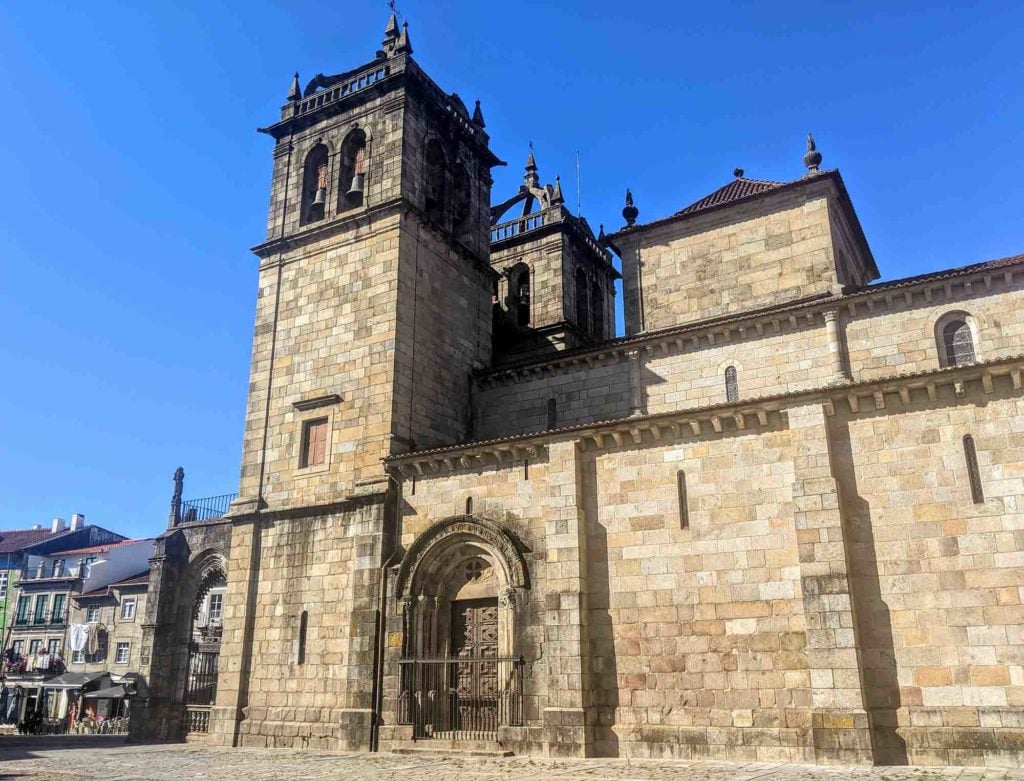 Thanks to its charming city centre, historical attractions, and location in the north of Portugal, Braga is quickly becoming a popular consideration for people moving to Portugal.

Braga is one of Portugal’s most beautiful cities, and it’s packed to the brim with history and culture, of which the most famous is probably Bom Jesus do Monte. With a population of around 150,000, it isn’t as big as Lisbon or Porto, but it’s a little more than double the size of nearby Guimarães and perfect for those in search of a small historical city.

Traditionally, this is a very religious city and it’s home to more than thirty churches. Semana Santa (Holy Week) is one of the largest and most famous religious festivals in Portugal and is estimated to attract around 100,000 visitors. The celebrations take place over the Easter period and feature parades from members of different Catholic brotherhoods as well as a large mass.

As well as all of the history and culture that Braga has to offer, it’s other selling point is how close it is to Porto – less than an hour by train or by car. You can also get to Peneda-Gerês National Park in about an hour by car and continue on into Spain in around 90 minutes.

While you’ll find dishes from all over Portugal in Braga, you’ll also stumble across a few very local dishes. The most popular is probably Bacalhau à Braga, Braga’s take on bacalhau, which is Portugal’s regional dish. You should try this not just because it hails from Braga, but because it’s also one of the best bacalhau recipes you’ll come across.

If you get the chance, follow it with Pudim à Abade de Priscos for dessert. Considering it contains pork (presunto), this dish may not sound appetising, but it’s one of the best desserts you’ll come across in Portugal. It was also one of the runners-up in the 2011 Seven Wonders of Portuguese Gastronomy competition.

For more information about regional foods from Braga, take a look at the foodies guide to Braga.

As one of the largest cities in the region, Braga has plenty of supermarket choices including:

You also have the option of ditching the supermarket and doing your shopping at Praça, Braga’s municipal market on Praça do Comércio. This is a lively market with lots of stalls selling great quality fresh fruit and vegetables, fish, and meat. It also has a popular food court, Mesa na Praça, where you can try a variety of local and international dishes.

Because Braga has both a bus and a train station it’s a very easy destination to get to and from, particularly from Porto but also from destinations like Lisbon and the Algarve. The train is often the cheaper option, particularly if you’re coming from Porto, but it’s always worth checking both the bus and the train.

Braga’s nearest airport is Porto Francisco de Sá Carneiro Airport, which is about 54 km away, and it’s possible to get a bus directly from Porto Airport to Braga (and vice versa) with GetBus. Vigo Airport across the border is Spain is the next closest, roughly 106 km away, while Lisbon Airport is around 356 km away. For many international flights, it may be worth taking a flight from Porto to Madrid or Barcelona.