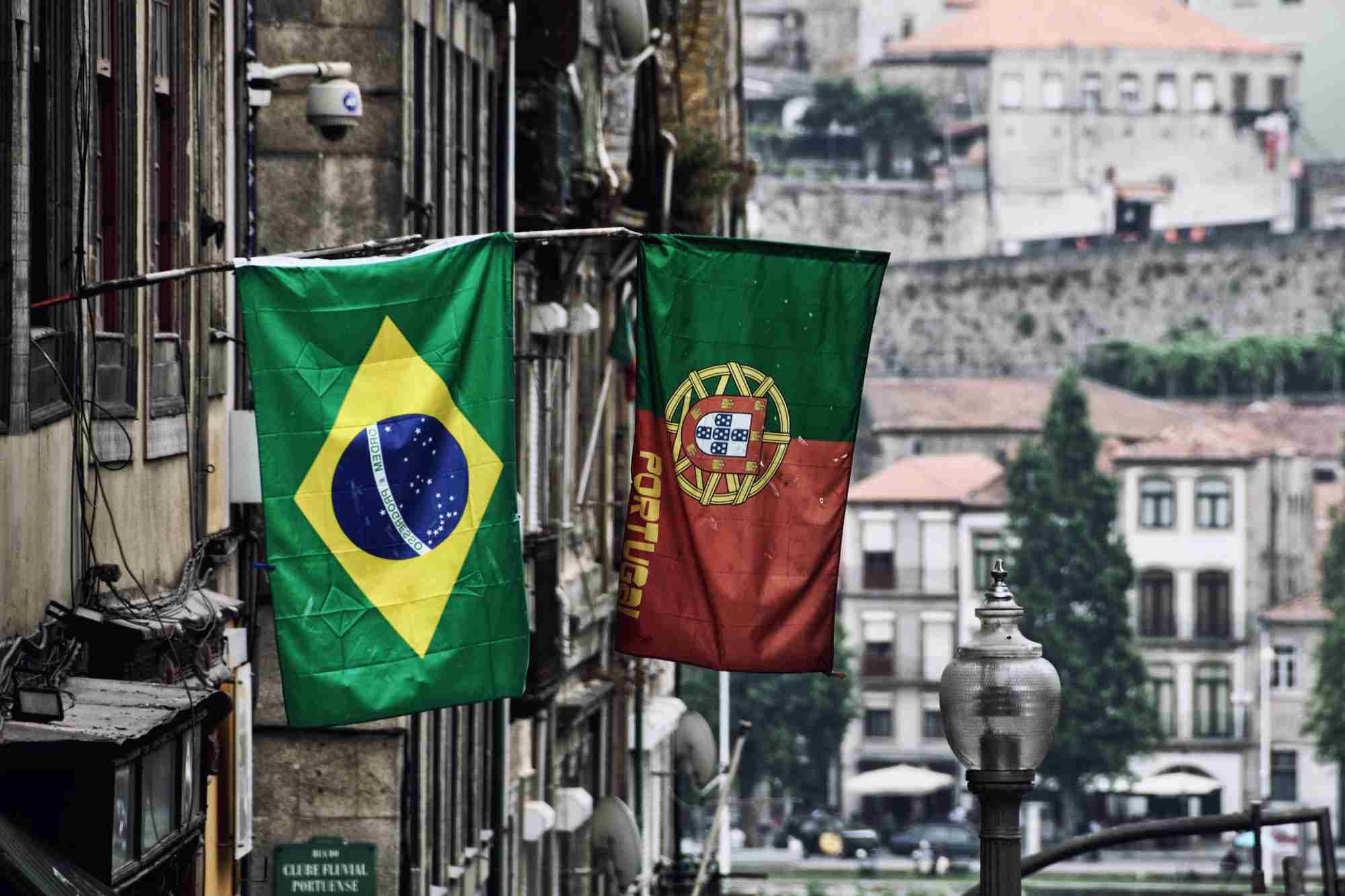 The small print: Portugalist may generate a commission from mentioned products or services. This is at no additional cost to you and it does not affect our editorial standards in any way. All content, including comments, should be treated as informational and not advice of any kind, including legal or financial advice. The author makes no representations as to the accuracy, completeness, suitability, or validity of any information on this site and will not be liable for any errors or omissions or damages arising from its display or use. Links to external websites do not constitute an endorsement. [More Info] Last Updated: November 17, 2022
FacebookTweetPinPrintEmail

You’ve decided to learn Portuguese and you’ve hit your first stumbling block: whether to learn Brazilian or European Portuguese. It isn’t a question people generally have to ask themselves when they’re learning French or Spanish, but for some reason, it’s a question that you need to ask yourself when learning Portuguese.

So which should you learn? Very simply:

(It’s best that you avoid learning Brazilian Portuguese if you live in Portugal as you will find yourself getting corrected a lot.)

European Portuguese is often seen as harder, particularly when it comes to hearing it spoken by native speakers, and many non-Portuguese speakers say that Brazilian Portuguese sounds more melodic and beautiful to the ear. In the past, learning European Portuguese was also harder because there were far fewer courses, websites, and apps as most focused on Portuguese from Brazil. Thankfully, that has now changed.

A few courses that cover European Portuguese include:

And, naturally, there are also plenty of great courses that cover Brazilian Portuguese, like:

Unfortunately, there are very few resources that teach Portuguese as a world language with the exception of one textbook, Ponto de Encontro: Portuguese as a World Language.

Still not sure “which Portuguese” is right for you? Why not spend some time listening to YouTube videos of Brazilian and Portuguese people speaking Portuguese to see which one you prefer. And if Portuguese from Portugal is the winner, be sure to check out this guide to learning European Portuguese!