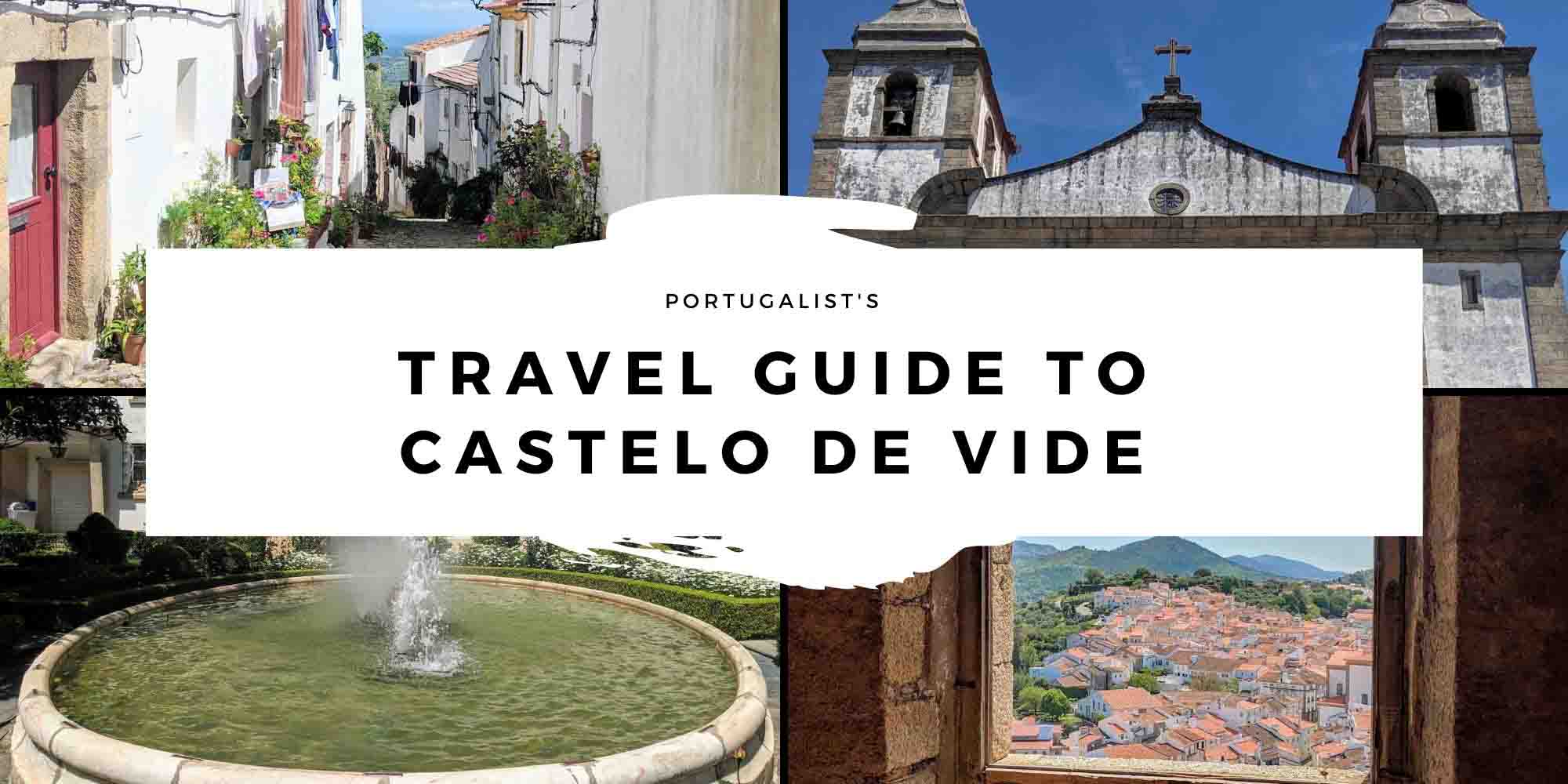 Castelo de Vide was a town that I quickly fell in love with. It’s small and beautiful, but extremely well-maintained. While I can see why many people would prefer Marvão, Castelo de Vide definitely has a lot to offer.

Castelo de Vide is a small town in the Alentejo’s Parque Natural da Serra de São Mamede, close to the border with Spain.

While Marvão is a popular stop off on the Alentejo tourist trail, Castelo de Vide is often overlooked. Marvão, with its narrow cobbled streets and sporadic layout is quainter, yes, but Castelo de Vide has plenty to offer including beautiful architecture, stunning views of the surrounding mountainous countryside, and historical attractions including a castle.

The two towns located just 12 km apart and they can both be easily visited in one day. In fact, visiting them both together highlights the differences between the two.

The layout of Castelo de Vide, especially around the town square, is much more organised and, although it does attract tourists, the town feels a lot less touristy. It’s pleasant to walk around, and the verdant Parque João José da Luz offers a pleasant place to escape the sun when the weather gets too hot.

The Judiaria de Castelo de Vide is Castelo de Vide’s old Jewish Quarter. The streets are narrow and cobbled and make up one of the more beautiful parts of the town.

Each of the houses here are split over two floors. The first was where business was conducted while the upstairs was used as the living quarters. On many of the doors you can see the “mezuzot;” small idents that show where a piece of parchment professing their faith was attached.

Two attractions that are of particular interest here are the synagogue and the Fonte da Vila fountain.

Castelo de Vide’s medieval castle was a strategically important castle due to its proximity to the Spanish border, and what remains is in good condition. It also offers some great views over the town of Castelo de Vide and the nearby Alentejo countryside.

The Serra de São Mamede, the mountain range near Marvão and Castelo de Vide, is a part of rural Portugal that’s often overlooked, however, it’s quickly becoming a popular destination for walkers.

The park is more than 40 km wide and connects to the Montes de Toledo mountain range in Spain. Here, you’ll find a varied landscape that comprises of vineyards, olive groves, and cork trees, and more than 30 marked trails for you to explore.

Parque João José da Luz is small – you can walk from one end to the other in around a minute if you need to – but it’s nice and, most importantly during the summer months, it’s shady.

As well as a bandstand and a children’s playground, the park, which was inaugurated in 1905, has a fountain (the ”Fonte do Vício”) with a replica “Manneken Pis.”

Castelo de Vide is in the Alentejo, a part of Portugal that’s renowned within Portugal for its food, and you can expect dishes like Açorda, Migas, and Sericaia.

Castelo de Vide doesn’t have many dishes that are specific to the town, but be sure to look out for the following.

Boleima is a type of dessert that’s eaten all over the Alentejo, particularly around Easter time. There are many different variations on the recipe, and the apple version is Castelo de Vide’s regional take on the dessert.

Like the unleavened bread that’s eaten at Passover, this cake contains no yeast. The filling it typically made from apples, nuts, sugar, and cinnamon.

The Alentejo is one of Portugal’s best wine regions, and no trip to this region of Portugal is complete without trying some of the area’s best wines.

If you’re willing to include the wider Alentejo in your search, you definitely won’t struggle to find some regional wines.

If you’re visiting The Alentejo, renting a car is definitely recommended. While there are bus services in most towns, and train services in some, it’s definitely going to be much easier to get around by car.

Rodoviária do Alentejo, the local Alentejo bus company, offers services from Castelo de Vide to nearby towns like Portalegre and Marvão.

Long distance buses connect Castelo de Vide with other cities in Portugal including Lisbon, Porto, and Faro. Tickets can be purchased on https://www.rede-expressos.pt.

Generally speaking, it’s easier to just get the bus.