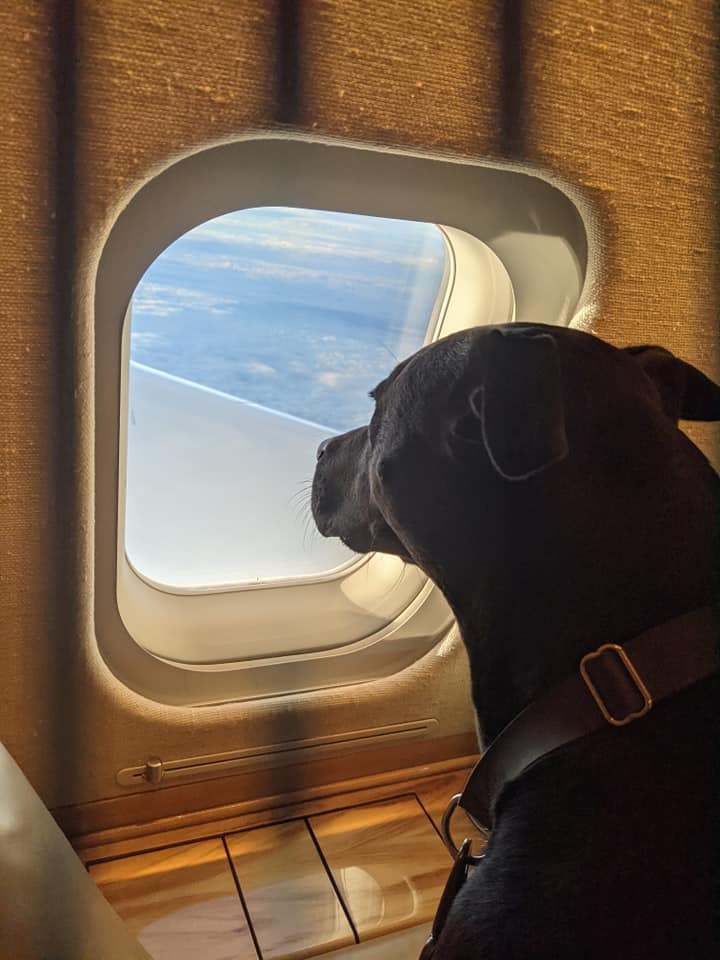 One of the biggest challenges of moving to Portugal is not getting a residency visa, learning the basics of the Portuguese language, or shipping your belongings. Not, it’s bringing your furry friends here – if you’re a pet owner, anyway. While some airlines allow pets to come in the cabin, many only allow pets to go in the hold, if they allow them on the plane at all. Putting your pet into the hold is something many pet owners are incredibly reluctant to do – many don’t even like the idea of putting their pet in a carrier for that long. All of this makes the move to Portugal incredibly stressful for pets, but perhaps even more so for their owners.

If you can’t find a pet-friendly airline, there is another solution: charter a plane yourself.  This is exactly what Michelle Lowther and her cats, Blue and Luke Skypaws, are doing. On October 14th, 2021, she, her cats, and a number of other pet owners are flying in a 12-seater Global Express Jet from EvoJets to take them from New Jersey to Lisbon. The cats will be in containers while the dogs will have the luxury of sitting on the floor or even on seats.

Besides the benefit of being able to take her pets in the cabin, because it’s a charter flight, she only has to turn up at the airport 30 minutes before. If that sounds luxurious, it’s because it is. Chartering a flight isn’t as cheap as flying with a commercial airline and tickets will cost somewhere between $7,000 and $9,000 each, depending on whether they’re able to fill all the seats.

Michelle isn’t the first person to do this, and there’s already a popular Facebook group for pet owners, Chartered Air Travel with Pets, that want to do the same. Katia Ali, moderator of the group, recently flew from New York to Lisbon as part of a similar group. Her flight cost $9,500 per seat, which allowed for either two small pets or one large to medium-sized pet. Paperwork and vet fees added another $1,000 and she had the personal challenge of driving 35 hours to get to the airport as well.

Pre-boarding, the flight, and even immigration were all more relaxing than usual. They didn’t have to go through customs and, as they had pre-submitted their veterinary paperwork, all the vet in Portugal needed to do was scan the microchips. However, the trip wasn’t without its problems. One of the pets wasn’t able to board the flight as the ISO compliant microchip had been inserted after the rabies vaccine and not the other way around. Luckily, this was spotted before boarding in the US. Portugal doesn’t have quarantine facilities for pets that don’t meet the travel requirements, and it’s unclear what would have happened had they made it all the way there.

If you want to join Michelle’s flight, you can find it in the same group. Alternatively, you could organise your own. Be sure to consider the work involved, though: finding interested people and responding to questions (and often criticisms of the pricetag) takes a lot of work.

Another option would be to bring your pets to Portugal on a cruise boat. Many transatlantic cruises, such as the Queen Mary, offer tickets for pets as well as humans and have luggage allowances that are better than a chartered flight. However, there’s often a long waiting list. Although it could be cheaper and even more luxurious than a private jet, if you need to move to Portugal quickly, a chartered flight could be a better option.