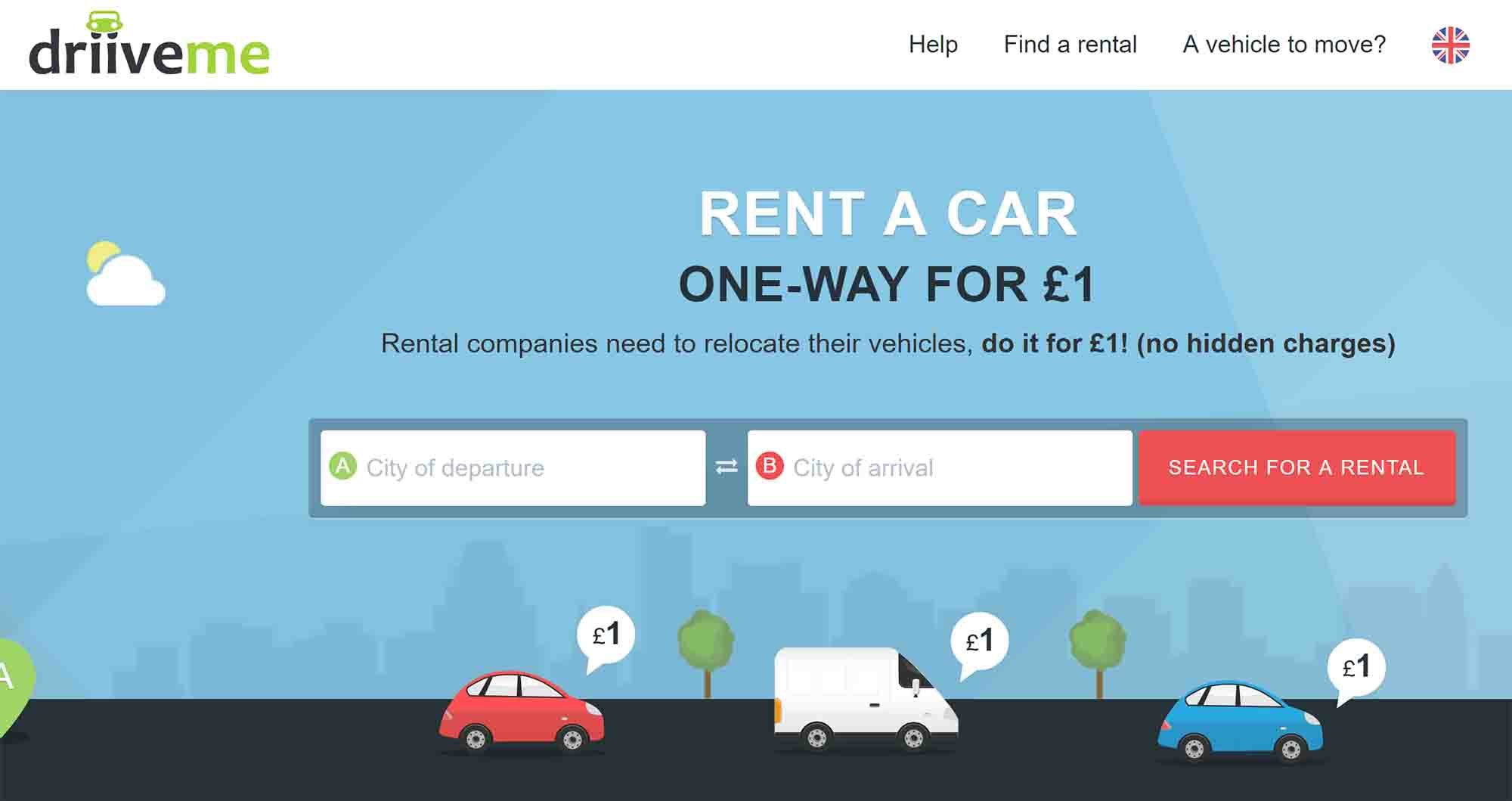 Available in several European countries (including France, Spain, Germany, the UK, and Italy), DriiveMe could be the cheapest way to rent a car in Europe.

How does it work?

Simply head over to DriiveMe and choose the route that you want to take e.g. Lisbon to Porto (note: you have to write ‘Lisboa’ rather than Lisbon).

You can also just put Lisbon and no destination, if you want to see all the upcoming opportunities from Lisbon. You can even setup an e-mail alert for when new opportunities are posted.

Pros and cons of DriiveMe

There are pros and cons to DriiveMe. Obviously, the main pro is that you get to rent a car for just €1. There are some limitations, however.

Is it worth it?

Of course, a train or a bus won’t stop off at all the places that you want to see along the way. That’s something you can only do when you rent a car, and that’s where DriiveMe is most useful.

It’s particularly useful if you were already planning on taking an A to B trip e.g. Lisbon to Faro. Car rental companies normally charge a fee for dropping the car off at a different location (normally around €100), so DriiveMe could save you €99 or so as well as the cost of a day’s car rental (normally around €20).

You could reduce your costs even further by listing your journey on a ride-sharing site like BlaBlaCar.com to see if anyone want to pay to join you. Get enough people and you might not only break even, but even make money from this trip.

There aren’t a huge number of other car relocation sites in Europe; it seems to be more popular in the USA and Australia.