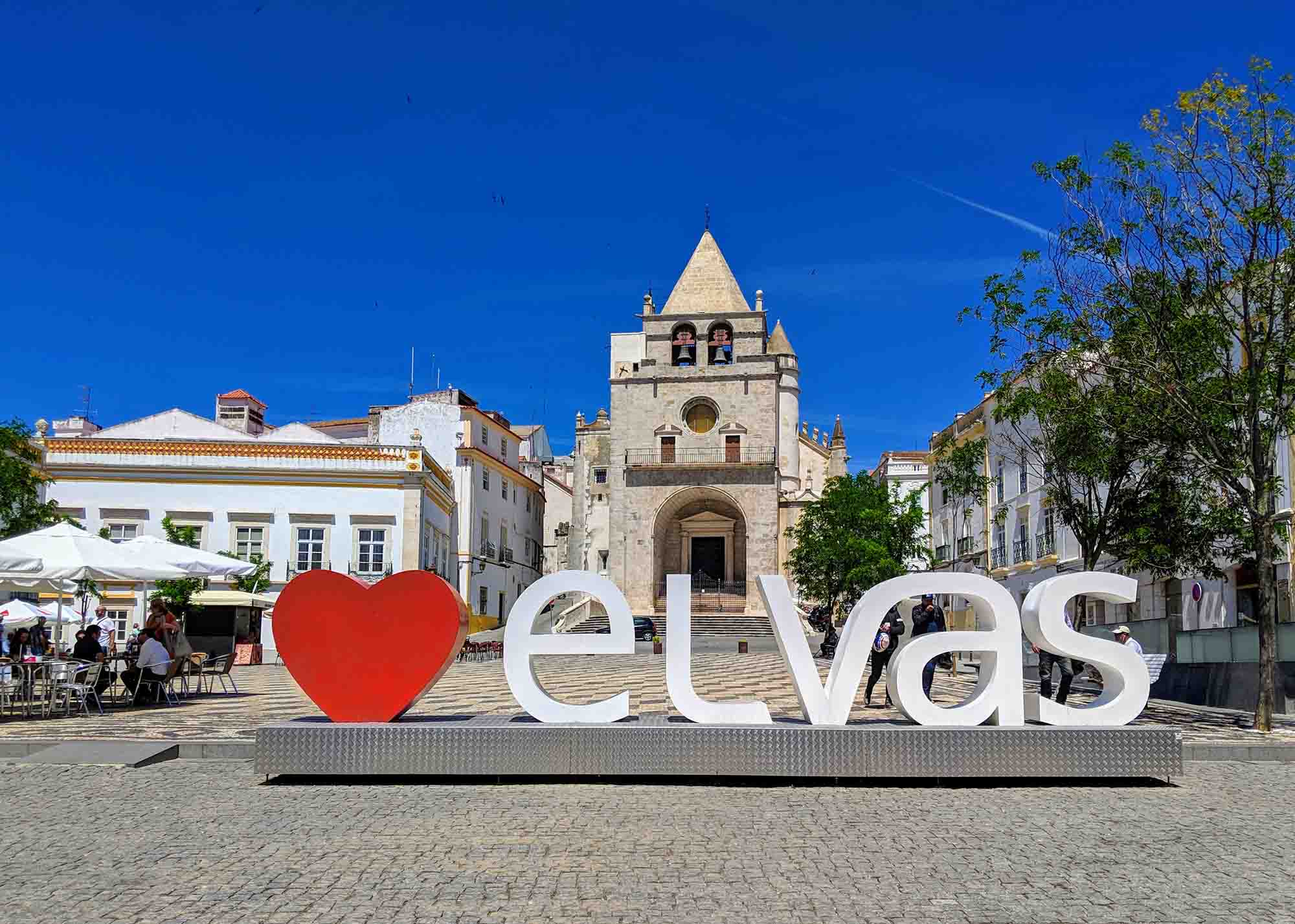 When your city is located just 12 km from the border with your nearest enemies, you’re going to spend a lot of time thinking about how to protect yourself from an attack. That’s definitely the case with Elvas, an incredibly fortified city that’s just minutes from the Spanish-Portuguese border. In fact, it’s the largest bulwarked fortification in the world.

Almost everything about Elvas is built with protection in mind. The city is shaped like a multi-pointed star, which meant that it could be defended from just about every angle. Even if the enemy was to get past one section of the outer wall, they would then have to navigate themselves through a complex series of moats, interior walls, and hidden passages.

There are also fortresses outside of the city that provide further protection. The most popular of these is the Nossa Senhora da Graça Fort, although the Forte de Santa Luzia is equally worthy of a visit as well. There are also several smaller fortifications like the fortresses of São Mamede, São Pedro, and São Domingos. Like most of the towns in this part of Portugal, the town also has a castle: the Castelo de Elvas.

The 7 km long and incredibly impressive Amoreira Aqueduct was also built during the 16th and early 17th centuries so that the city could withstand a siege.

And, the Spanish did attack a number of times: in 1644, 1659, 1711, and 1801, but the town of Elvas managed to hold up. Later on, Portugal didn’t just stick to defending but went on the attack. In 1812, during the Peninsular War, the Duke of Wellington used the town to launch an Anglo-Portuguese attack on nearby Badajoz (the 1812 Siege of Badajoz).

Elvas isn’t really on the tourist trail just yet, especially not when compared to the likes of Évora and other towns and cities in this part of the Alentejo, but that’s starting to change ever since The Garrison Border Town of Elvas and its Fortifications were added to the list of UNESCO World Heritage Sites in 2012.

Things to see & do in Elvas

The Amoreira Aqueduct is one of the most, if not the most, impressive things to see in Elvas. Constructed in the 16th Century over a period of more than 120 years, this 5-tier aqueduct brought water to Elvas from Amoreira (some 8 kilometres away).

The Forte de Nossa Senhora da Graça has an incredibly unique shape, but it’s not something you can really appreciate from visiting it: you can only see that from photos taken from above. The Forte de Santa Luzia may not be as popular as the Forte de Nossa Senhora da Graça, at least according to the number of reviews both have, but it’s equally deserving of a visit.

As well as the fortress walls, you can also walk through a series of underground tunnels which allowed people within the fortress to secretly leave and bring back resources if it was under siege. Since its construction, Elvas Castle has gone through a number of owners but almost all have had only one thing in mind: protection. As such, the castle is mainly interesting for its thick walls and its history and, like many castles in Portugal, you won’t find much in the way of interesting furniture or decorations inside. The incredibly picturesque ruins of the Ponte da Ajuda (Ajuda Bridge) are located around 12 km from Elvas. Originally constructed in 1520 and 1521, during the reign of King D. Manuel I, the bridge has been damaged a number of times.

This was sometimes due to flooding (in 1597), but often due to wars with Spain: the Spanish partially destroyed the bridge in 1657 and then again in 1709 during the War of the Spanish Succession.

Getting to (and around) Elvas

The easiest way to get around most of Portugal, and especially the Alentejo, is by car. While Elvas does have a train station, many of the other nearby towns don’t and you’ll have to rely a lot on local buses. Getting around by bus is definitely doable, but it’ll be a lot more time-consuming than renting a car.

Elvas is one of the few towns in this part of the Alentejo that has a train station. The train line connects Elvas with many other towns and cities in Portugal but, because of the way the train system is laid out in this part of Portugal, it’s also worth checking to see if the same trip would be faster by bus.

From Elvas, you can get to several other towns in this part of Portugal including Portalegre, Abrantes, and Castelo Branco. With 1-2 changes, you can also get to Tomar, Coimbra, and Lisbon. There is also a train service to Badajoz in Spain.

A mixture of local and long-distance buses connect Elvas with the rest of Portugal. The Alentejo bus service, Rodoviária do Alentejo, connects Elvas with surrounding towns like Borba, Estremoz, Vila Viçosa, and Évora.