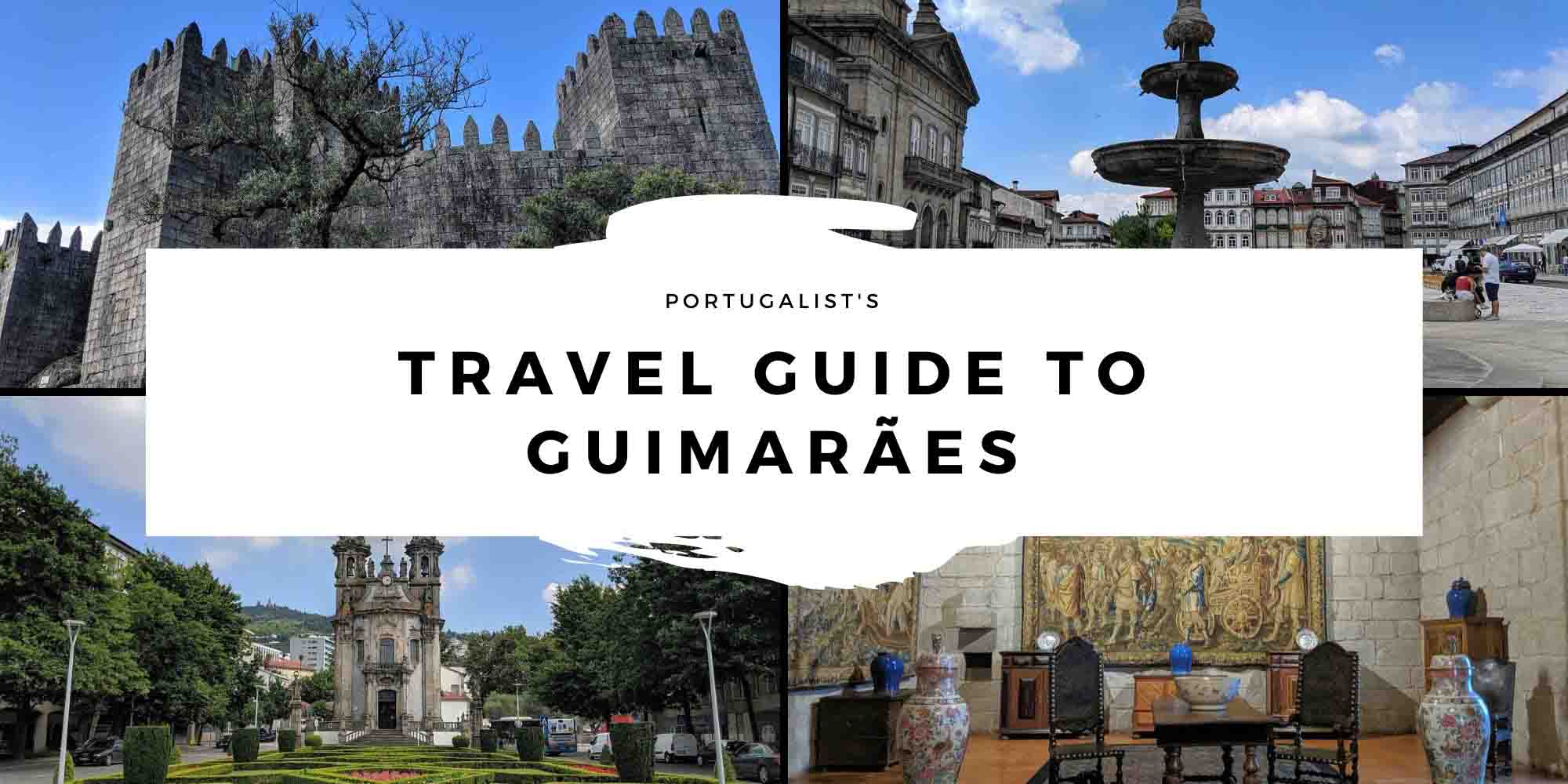 Famous for being “the birthplace of Portugal,” the small city of Guimarães is quickly becoming a popular destination on people’s travel itineraries. Although small, and limited to just a few attractions, Guimarães is somewhere that I really enjoyed visiting.

It has a mix of beautiful architecture, some of which is made up of wooden-framed houses that look like something you’d find in Central Europe, and the city is extremely compact and walkable.

It’s easy to get to from Porto, and it’s possible to explore the city in a day, but at least one overnight would keep things more relaxed.

The city centre in Guimarães is small and extremely walkable. As long as you’re staying in the city centre, you should be able to easily walk to all of the attractions.

Alternatively, you can get to Guimarães by bus or by train however this involves going to the bus station on 125, Campo 24 de Agosto or taking the train from either São Bento or Campanhã.

Trains to Guimarães depart from both São Bento and Campanhã train stations. The ticket is normally an Urban train ticket (U) which is very cheap, but can’t be purchased online or in advance: you will need to buy it at the train station on the day.

Buses depart Porto for Guimarães on an almost hourly basis during the day, leaving from the Renex station at 125 Campo 24 de Agosto.

The Urban train ticket is normally cheaper than a bus ticket, but the bus is usually slightly faster (by around 10-15 minutes). It can also be booked in advance, and is typically a lot less crowded than the train.

For tickets and timetables, see rede-expressos.pt

Made up of beautiful wooden ceilings, stone walls, amazing artworks, and an incredible collection of artwork and tapestries, the Palace of the Dukes of Braganza is a definite “must see” attraction in Guimarães.

Famous for being the “birthplace of Portugal,” this 10th Century castle is one of the most important historical attractions in both Guimarães and the whole of Portugal.

The Penha Sanctuary is exactly that: a peaceful place to escape and enjoy the beautiful views over Guimarães and the surrounding countryside.

While this was more expensive than most other Portuguese cakes and pastries, the Torta De Guimarães ended up being one of my favourites (see the others).

The recipe combines several common Portuguese ingredients to create something unique. These ingredients include sugar, egg yolks, ground almonds, and a type of squash called “chila” or “gila.” The pastry is covered in a syrup, which gives it its crunchy texture.

If you’re visiting Guimarães, it’s definitely worth trying one.

As well as dishes that are specifically typical to Guimarães, like the Torta De Guimarães, you’ll also come across regional dishes from the surrounding Minho region and the rest of Northern Portugal.

And, as well as Northern Portuguese and Minho dishes, you’ll also find lots of other dishes that are eaten all over Portugal and not just one specific region.

Trying the local wine is always recommended, and it’s especially recommended in Guimarães where one of those local wines is Vinho Verde.

Vinho Verde or “green wine” is a low alcohol (well normally 8.5 to 11%) white wine that has a slight spritz to it. Many people say that the wine doesn’t travel well, even to other parts of Portugal, so the best place to try it is here in the region itself.

Guimarães is extremely walkable, and you shouldn’t need to worry about getting buses or other forms of transportation while you’re visiting.

The only exception is the Penha Sanctuary, which is situated up a steep hill. Don’t worry: there’s a cable car if you didn’t remember to bring your walking boots!

Guimarães is not expensive, partly because it’s not as popular as Porto, Lisbon, or the Algarve.

You should be able to find both restaurants and accommodation to suit all budgets. Tickets to the attractions are also not expensive either.

How much time do I need for Guimarães?

You could comfortably cover Guimarães in a day – at least if you just plan to see Guimarães Castle, the Palace of the Dukes of Braganza, and the Penha Sanctuary.

If you have more time to spare, however, it’s always nicer to take things slower.

Is there luggage storage in Guimarães?

The Welcome Centre tourism office on Rua Paio Galvão (map) offers a left luggage service that’s available between 9.30 a.m and 17.30 p.m on weekdays. This service isn’t available on weekends and it was closed when I walked by (around lunchtime) as well.

The tourism office is roughly 10 minutes’ walk from the bus station, but around 15 minutes (1.3 km from the train station).