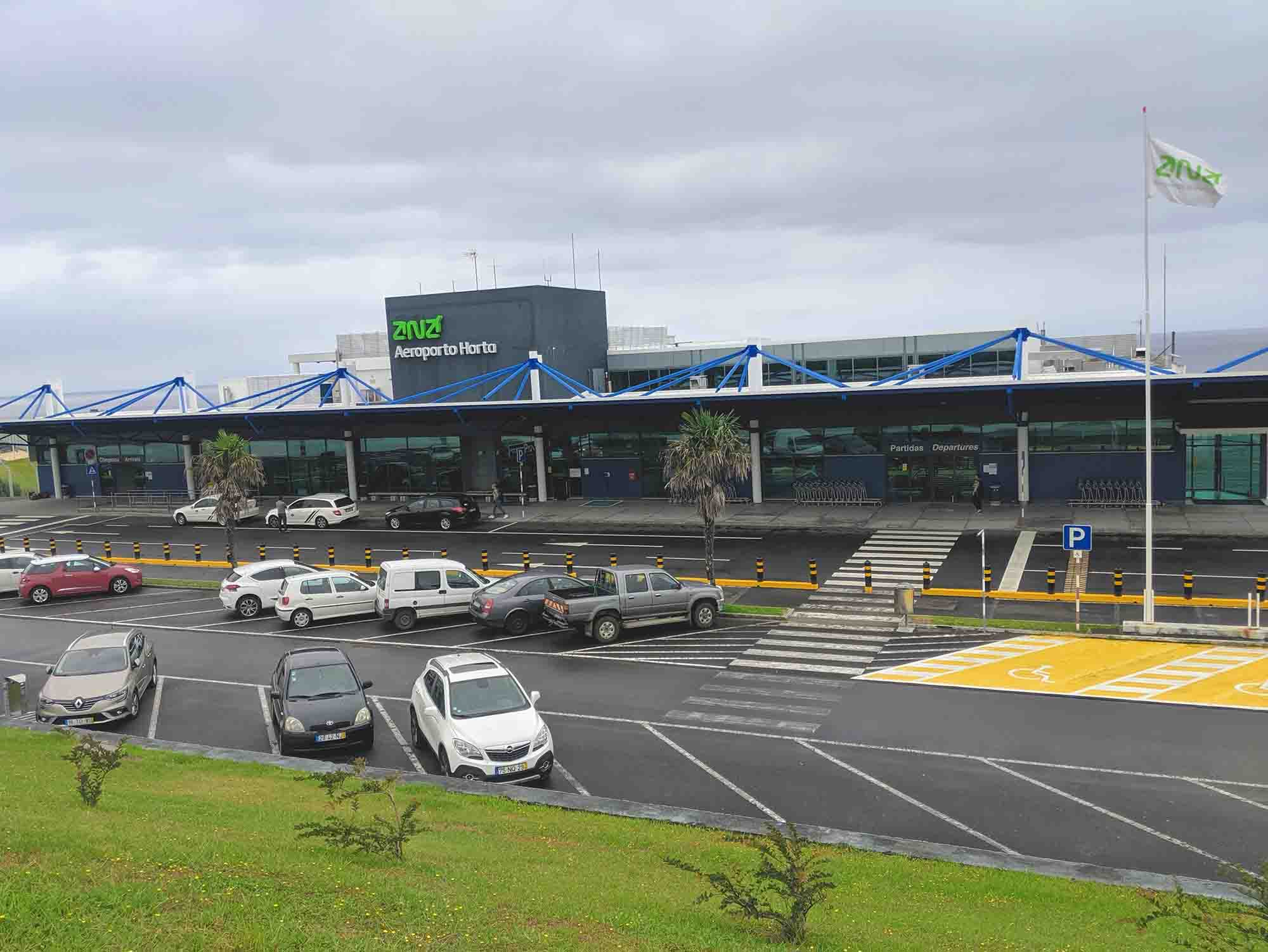 Despite being called Horta Airport, it’s actually a little bit outside of Horta: around 8 km or 10 minutes by car. Because of the distance, it isn’t really possible to walk to the airport from Horta. You’ll need to take a taxi (or, if the timings match, the bus).

Only two companies have car rental desks in the airport: Ilha Verde and ​Rent-A-Car Auto Turística Faialense, but you’ll find plenty more companies in Horta itself. Some may not have a stand at the airport, but they will bring the car to the airport.

If you can’t find what you’re looking for on rentalcars.com, try Skyscanner.net and, if that fails, try kayak.com.

If you want to stay near Horta Airport, there are a few accommodation options located close by. 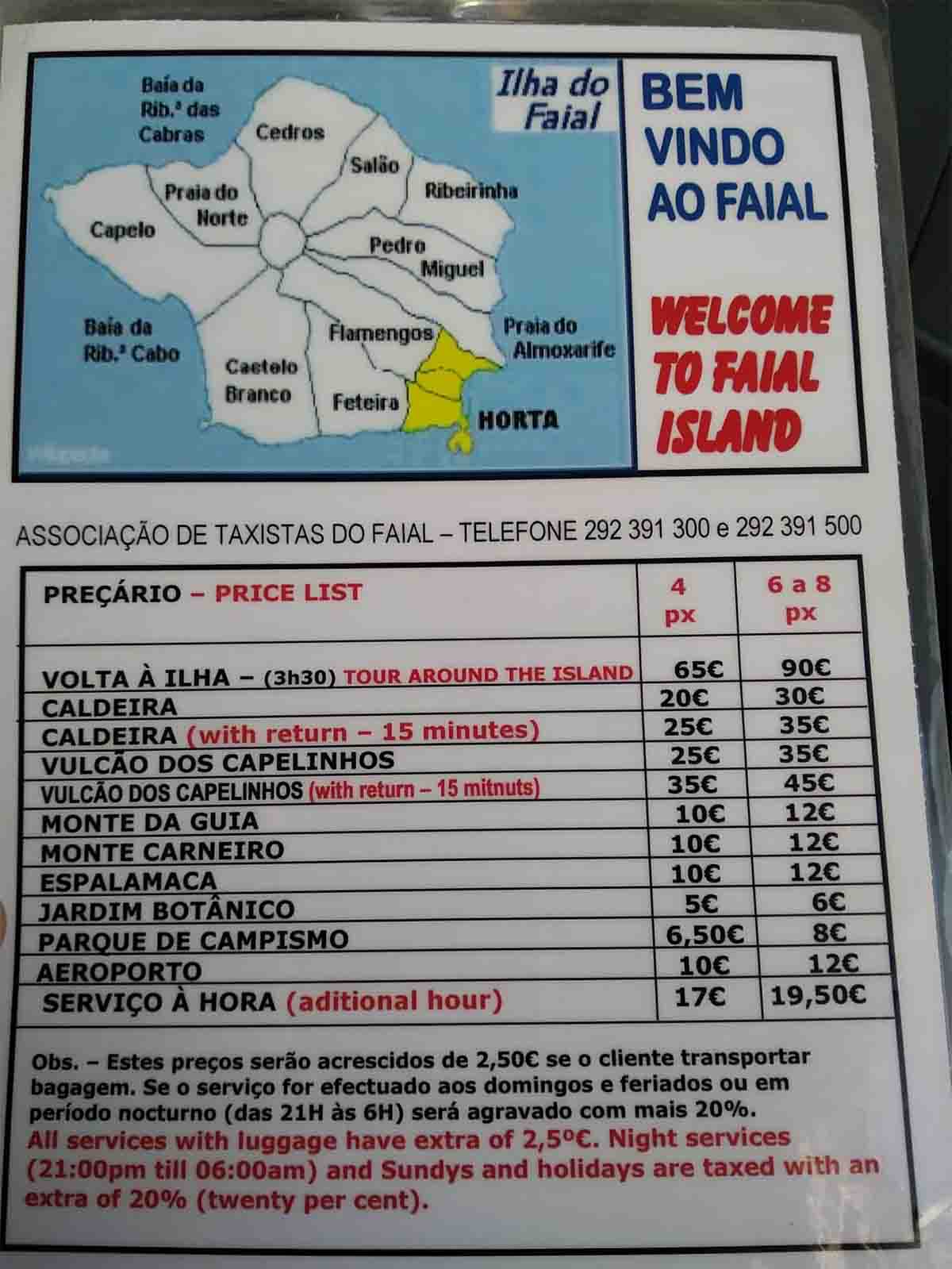 While it is possible to book an airport transfer with sites like taxi2airport.com and azoresontravel.com prices were more expensive than just getting a taxi (€10 VS €30-50).

Of course, some people may prefer to have a transfer booked and confirmed. Companies like Azores on Travel also allow you to add extra like child and baby seats, which may be necessary for those travelling with children.

There is a bus that stops at the airport but it’s incredibly infrequent. Unless you’re renting a car, it’s likely that you’ll have to get a taxi to the airport.