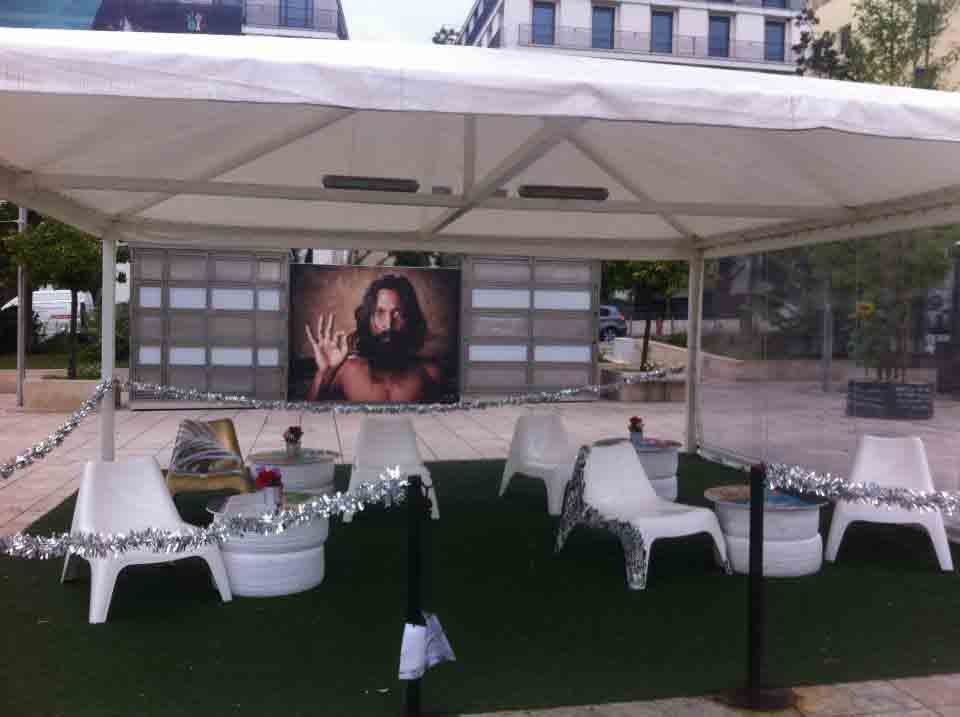 Everyone wants to know where the ‘next Berlin’ will be, and Lisbon is often cited as one of the possibilities, along with places like Zagreb, Warsaw, Kraków, Detroit, Vienna, Tallinn, and Lima. There are probably plenty more. If you’re an affordable but liveable city, then you’ve got a good chance of getting mentioned at some point or another.

Lisbon is certainly affordable. Although it’s more expensive than the rest of Portugal — and becoming more so — it’s still one of the most affordable capital cities in Western Europe, particularly when it comes to food and drink but also buying property as well. It’s a city that you can imagine living in as well. The food is good, the weather is good, and the laid-back vibe that people love about Berlin so much. Well, there’s plenty of that here.

Lisbon also has that cool factor that the next Berlin will most likely need to have. An undercurrent of creativity flows throughout the city and can be seen in the street art and boutique shops that are popping up everywhere, particularly the LX Factory in Alcântara.

Lisbon has a good nightlife as well. The Bairro Alto has more than enough bars to keep most people satisfied and now there are even more popping up in Cais do Sodré as well. Like Berlin, alcohol is relatively cheap here. You can usually get a beer for a euro or a caipirinha for a little more.

All of this has meant Lisbon has become increasingly multicultural in the past few years. Lisbon always had a multicultural element, of course. Head to the neighbourhood around Martim Moniz and you’ll find people from Brazil, Angola, Goa, and everywhere else that Portugal had a colony.

Then there’s the more modern hipster-multiculturalism, which is probably more what most people are going to be looking for: cafes that serve a flat white or mate tea, pop-ups and restaurants where you can get a pulled pork taco or good sushi, and an international community of students, digital nomads, co-livers, and start-ups. All of these things are finding their way into Lisbon.

The startup factor is important. When people ask where’s the next Berlin, they’re thinking about where’s next tech hub. There are a few startups in Lisbon already, the most famous of which is probably UniPlaces, but it could attract or create plenty more thanks to the number of startup weekends, incubation programs, and challenges that are happening throughout the city. One of the largest technology conferences, Web Summit, has recently moved it’s location from Dublin to Lisbon which is sure to raise Lisbon’s profile as a start-up hub.

Internet connectivity is generally very good in Lisbon: fiber optic is available in many parts of Lisbon, and if you go into many cafés in Lisbon, they’ll have Wi-Fi. There are also countless co-working spaces throughout the city, many of allow you to hire office space as well.

Of course, affordability and internet connectivity are available in most of the potential next Berlins mentioned above. What Lisbon offers that many other candidates don’t is good weather. Berlin and any of the former Eastern Bloc countries mentioned are all incredibly beautiful, but they’re incredibly cold for most of the year. In contrast, you’ll still get sunshine in Lisbon in December. It’s not necessarily sunbathing weather (unless you’ve just flown in from the UK or Germany) but it’s all you need to keep your spirits up.

Portugal also has good connections to Brazil, Angola, and Mozambique. Brazil, in particular, with it’s population of more than 200 million (65% of which is online) is likely to be of interest to many startups. Portugal itself is also an interesting market for startups as it’s fairly undeveloped. There are a lot of opportunities not only for startups with brand new ideas but those that want to make a Portuguese-language clone of something that already exists in English.

Of course, there are a couple of factors that could stop it being the next Berlin as well. For startups, the bureaucracy and paperwork that’s so common in Portugal could be off-putting. This isn’t to say that other countries don’t have bureaucracy, of course, but many like Estonia are going to great lengths to make it easier for tech companies to move there.

A recent comment/rant on r/lisboa gives more insight into some of the problems entrepreneurs in Portugal face:

“Hm it would be hard to say off the top of my head. It’s millions of little things. One of the main things is to open a company you need a founder to get a salary. And you need to pay taxes on that salary. You also need an accountant from day 1, and they are a “protected” profession so they can ludicrously expensive even for a day’s work a month. Taxes are pretty high and the health system is bad or near failure so you’re going to have to pay for private insurance on top of that to recruit top talent. So the costs of opening of company, even if you make 0 money, immediately starts adding up. The other thing is after the third year you pay “predictive taxes” so it’s something like you pay your second year in Dec. And in Feb. Next year you pay taxes according to your first and second year earnings. so you need to start hoarding money as soon as you can if you’re growing from nothing or bootstrapped (as I was). Otherwise you might go bust in the third year of operation – it’s so common here the third year is called the “Death Valley” for companies. The other thing is internships but if you guys are in software you shouldn’t have a problem. But essentially the government pays a salary for the first 2-4 workers under an “internship” regime. You employ students for a year, basically for free, with diminishing support until your 10th worker. The result is everyone abuses the system and you have small subsidised 10-person companies who will undercut you on price because they pay 1-2 salaries. So most markets are hugely distorted. Talent wise there’s also the fact that almost 500 000 to 900 000 people have left the country in the last few years. Mostly highly educated people. So most of the talent is gone, curiously I see a lot of Portuguese developers doing well here in London. Oh yeah and of course there’s bureaucracy and red tape and massive political corruption. So if you are touching anything close to public infrastructure expect no help unless you know the right people. Don’t take it from me. Look around. But if you need any more evidence look into Farfetch, a “Portuguese” competitor to Net-a-Porter. They have their operations in Portugal but they are incorporated in the Uk. Other entrepreneurs I’ve met did the same thing.”

Berlin continues to remain fairly affordable for startups, and it’s pro-actively trying to encourage startups from other countries to move there. It has both a community of startups and a workforce that’s already based there, which means that many startups are happy to move there rather than look for the ‘next Berlin.’ Startups moving to Lisbon wouldn’t be able to pick from the same talent pool, although I’m sure many people would be happy to move to Lisbon including the millions of Portuguese themselves who’ve moved abroad for work.

Then there’s the obvious factor: Lisbon simply isn’t Berlin (and nor is anywhere else). If you’re looking for a Berlin clone, you’re likely to be disappointed. What made Berlin happen was a unique combination of factors that aren’t available anywhere else. Could Lisbon be its own success story? Here’s hoping.