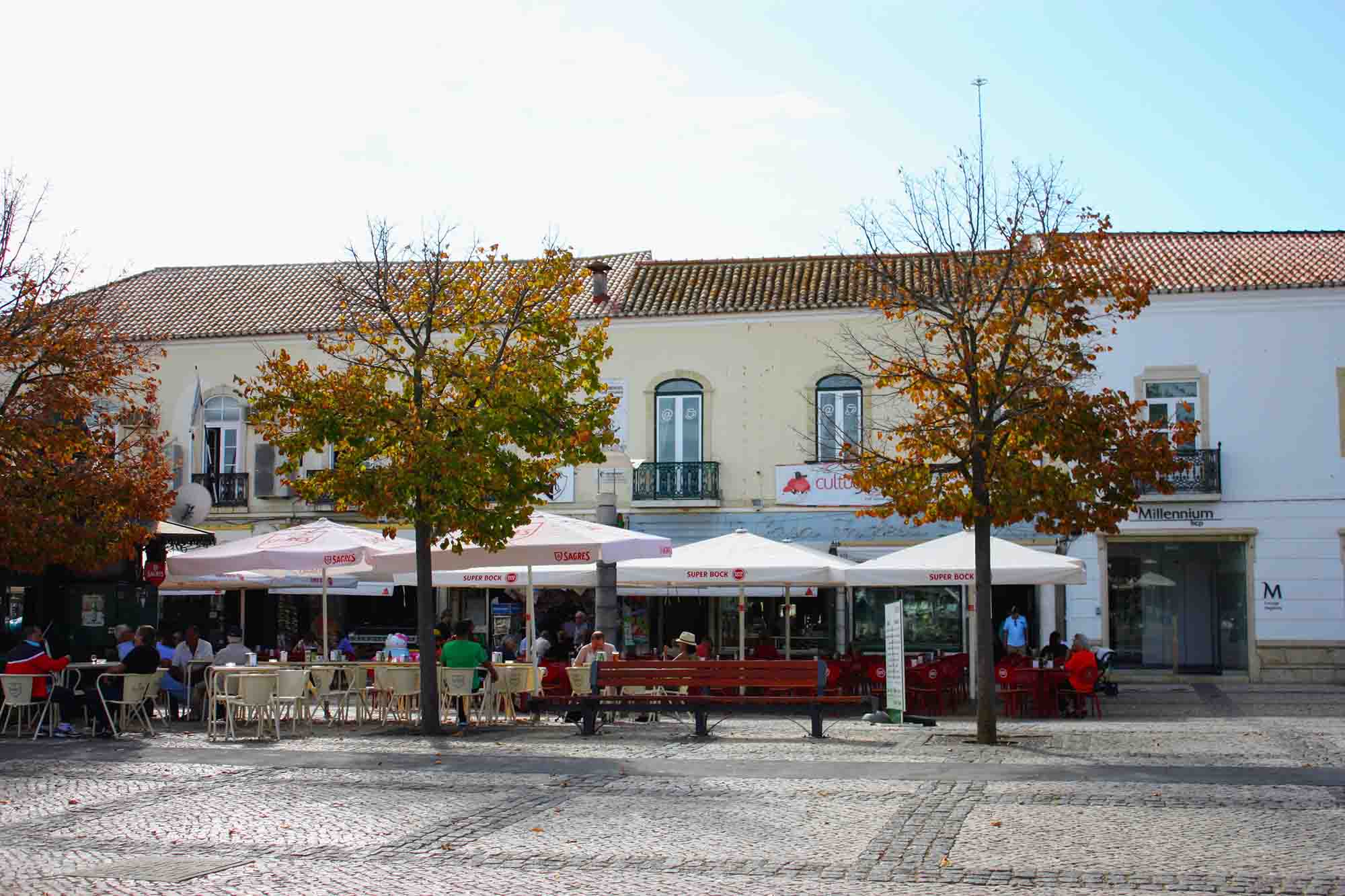 Portimão attracts very few tourists, at least when compared to the nearby towns of Praia da Rocha, Alvor, and Lagos. The reason being is that Portimão isn’t as immediately appealing as some of the other towns on the Algarve, particularly the city centre. It also doesn’t have a beach within walking distance: the nearest beaches, Praia da Vau and Praia da Rocha, are 2-3 km away.

There’s a lot to love about Portimão, though. In comparison to other towns in the Algarve, it’s relatively untouched by tourism and much more authentically Portuguese. The riverfront area is also great for walking along, and Portimão has a fantastic sardine festival in the summer.

It also has a fantastic market (the fish section is especially great), is in an ideal location for exploring both the Western and Central Algarve, and it’s on the train line which makes it easy to get to other towns like Lagos, Faro, and Tavira, as well as other cities in Portugal like Lisbon and Porto. Bus services are frequent too, and it’s easy to get to other parts of the Algarve, including the West Coast, as well as onto other parts of Portugal.

Portimão is home to a large indoor market, Mercado Municipal de Portimão, which has a particularly good fish section. There’s also no shortage of supermarket options — everything from Continente to Aldi as well as a British foods supermarket, Overseas Supermercados.

The Aqua Shopping Centre has plenty of clothes shops as well as a food court and cinema (Cineplace Portimão). It’s not the only cinema in Portimão: there’s also Algarcine and Cineplace Portimão.

Portimão has both a bus and a train station, and the train station is also in the city centre which is a bit of a rarity in Portugal — many are situated a few kilometres outside. You can easily catch a train to Lagos in the West or Faro and even as far as Vila Real de Santo António in the Eastern Algarve, just before the Spanish border. You can easily get a bus to the nearby coastal resort of Praia da Rocha, to other towns on the Algarve, cities in Portugal, and even to international destinations like Seville.

Did you know that Portimão also has its own airport, Portimão Airport, near Alvor? It only has one commercial airline, and that airline only flies to a few select destinations in Portugal, but it’s still a fun fact. Most of the time you’ll probably fly from Faro Airport, though — the main regional airport in the Algarve.