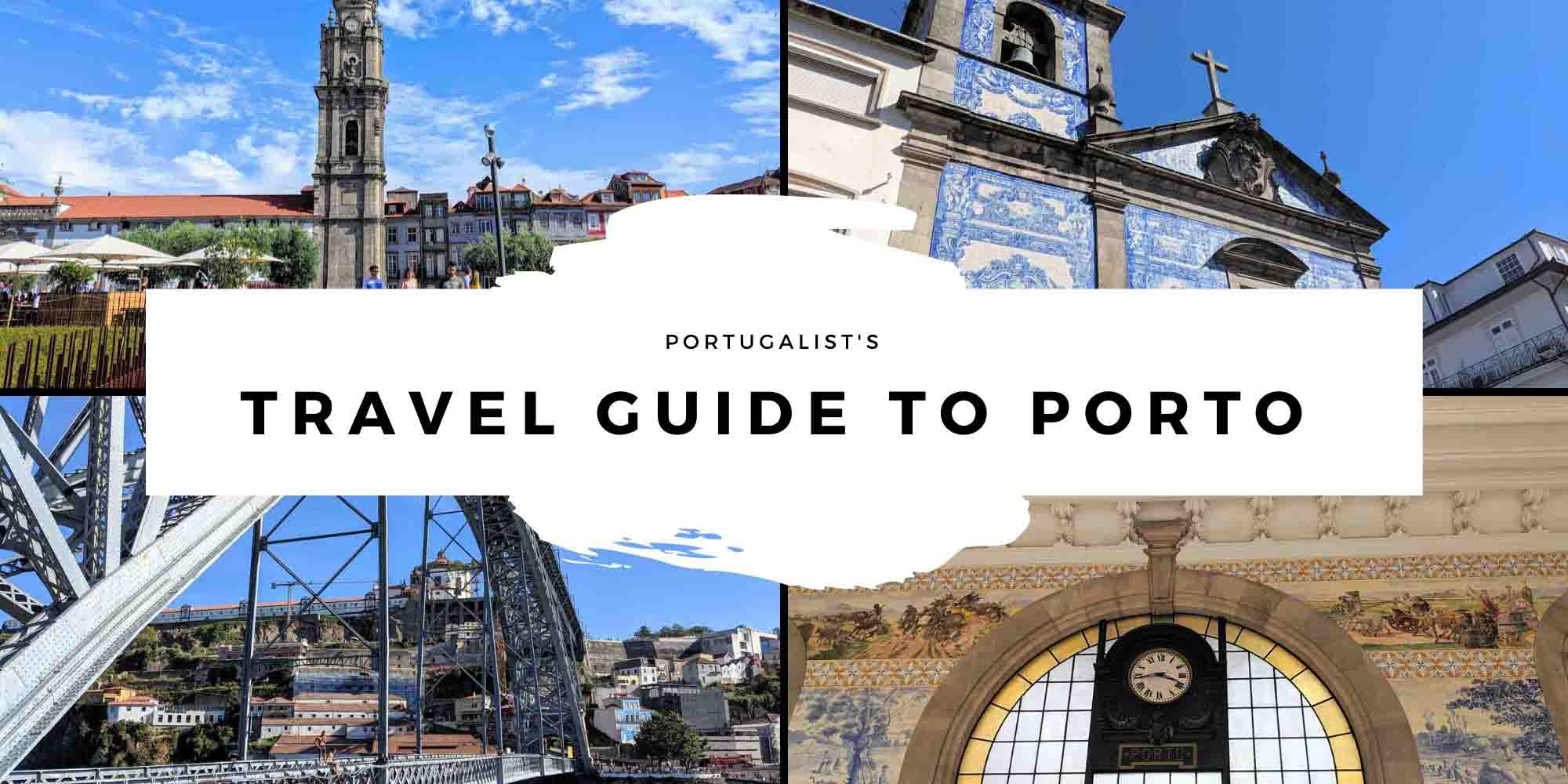 I always love going to Porto. I first visited it as an adult back in 2007, and it’s amazing to see just how much the city has changed.

Although I’ve spent more time in Lisbon, I do think Porto is the more beautiful city of the two and I always recommend it as one of my top places to visit in Portugal.

Porto is quite a small city and, if you stay close to the city centre, you should be able to get to pretty much everywhere by foot. Generally speaking, I try to stay within 30 minutes’ walk of the river on the Porto side and maybe 15-20 minutes’ walk on the Vila Nova de Gaia side.

With the exception of the Port houses, the majority of the attractions are on the Porto side of the river so it makes more sense to stay here (although you may find some cheaper accommodation options on the Vila Nova de Gaia side).

Tip: The last time I visited Porto, I stayed at Vibrant Porto Apartments and I was really happy with my stay there. Another place that I’ve been happy with is Gallery Hostel, which is a boutique hostel that’s just a little bit further from the city centre.

Porto’s regional airport, Francisco Sá Carneiro Airport, is located around 10 km from the city centre and you can easily get to and from the airport by metro, bus, taxi, and airport transfer.

Porto Airport is smaller than Lisbon Airport, Portugal’s main airport, so if you’re flying from an international destination it may make more financial sense to fly into Lisbon and then get the train or bus to Porto.

Trains connect Porto to most major destinations in Portugal including Lisbon, Braga, Guimarães, Évora, Faro, and Lagos, however, some parts of the country don’t have train lines and you may need to look at travelling by bus.

Note: There are two train stations in Porto; Campanhã and São Bento. Campanhã is located slightly out of the city centre and is the station where most long distance trains stop, but you can easily connect from here to São Bento or take the metro or a taxi to another part of Porto.

Train tickets can be booked on cp.pt. Discounts may be available if you book in advance (see the guide to taking the train in Portugal).

While Portugal’s trainline only covers part of the country, particularly the Western side close to the coast, its bus network covers almost the entirety. It’s worth comparing both buses and trains to see which is the faster, cheaper, and easier-to-get-to option.

You don’t need a car in Porto City Centre, and it’s probably best to avoid driving here if you can. If you’ve already rented a car, it’s best to find a hotel or Airbnb with parking that’s outside of the city centre.

There is also a metro stop (Matosinhos Sul) that’s roughly 500 metres from the cruise terminal and from here you can easily get to most parts of the City Centre.

Built by former students of Alexandre Gustave Eiffel, who famously designed the Eiffel Tower, the Dom Luís Bridge is one of Porto’s most iconic attractions.

Vila Nova da Gaia’s riverside is packed with Port Houses that you absolutely must visit and always has a vibrant scene on warm, summer days.

View more things to do in Porto

Bifanas à moda do Porto (bifanas in the Porto style) are not only my favourite type of bifana, but one of my favourite sandwiches in Portugal. (Read more about the bifana)

The Francesinha isn’t Porto’s main traditional dish, that’s Tripas à moda do Porto (tripe). However, since very few people actually like tripe and it’s not something anyone is going to recommend to a tourist, the Francesinha has become the de facto dish of Porto.

If you’re visiting Porto, you should try a Francesinha once – or at least get someone else to try one and take a bit of theirs. (Read more about the Francesinha)

As well as regional dishes like tripas and Francesinhas, you’ll also find plenty of less regional Portuguese dishes in Porto. Dishes like the pastel de nata, frango piri piri, and grilled fish can be found all over Portugal, and are worth trying as well.

Port wine is one of Portugal’s biggest and most famous exports. It’s a drink that has a bit of a stuffy reputation but, after spending a few days drinking it in Porto, you’ll very quickly fall in love with it.

Visiting a Port wine cellar is an absolute must, but it’s not the only way that you can experience Port wine while you’re in Porto. Visit bars, order it after dinner in restaurant, buy a bottle from a garrafeira – everywhere you can really.

Porto wine isn’t the only type of wine associated with Porto: it’s also famous for the Douro Wine that comes from the nearby Douro Valley.

The Douro is widely considered to be Portugal’s best wine region and almost all of Portugal’s award-winning wines come from this part of Portugal.

You’ll find Douro wines everywhere in Portugal, but it’s definitely something to try while you’re in Porto as well.

Portugal, for a very long time, only had two beers and you either drank Sagres or Super Bock and defended your position with pride. You’ll probably struggle to find Sagres in Porto, but never mind: Personally, I think Super Bock is the better of the two beers anyway.

Read more about beer in Portugal

Although Portugal’s beer culture is still essentially Superbock or Sagres, there’s a large craft beer scene here and Porto is one of the best places in the country to try some beers from indie breweries.

Sovina is one of the biggest names in Portuguese craft beer, and it’s locally produced here in Porto. Two of the best places to try it are at Armazém da Cerveja (map), a bar and shop, and Catraio Beer Shop (map), a beer shop with a good selection of craft beers.

Wine and beer are definitely the two main drinks that you’ll find in Portugal, but you’ll also find other drinks that are unique to Portugal like Medronho and Beirão, two drinks that you won’t really find outside of Portugal, and a growing gin industry.

Read more about drinks in Portugal

Porto is a small and compact city, and it’s extremely walkable. Most attractions are located right in the heart of the city centre, so you should be able to do the majority of your sightseeing on foot.

Porto has a good metro system that includes connections to the airport and Matosinhos (where the beach is).

Google Maps is the easiest way to get directions using the metro. Alternatively, Porto’s Metro has a good website.

While the tram is a major mode of transport in Lisbon, in Porto there are only a few tram lines left and it’s only really tourists that use them. Everyone else uses the metro or takes the bus.

Riding the traditional wood trams is definitely a unique experience, and something that you won’t really find outside of Portugal. If you want to take the tram, the most scenic line to take is Linha 1 as this goes along the river.

Taxis are available throughout Porto. Uber is also available, along with a number of other taxi apps which you may not have used before.

It’s possible to cross from one side of the river – from Porto to Vila Nova de Gaia – by boat rather than walking or taking public transport.

Tickets and a schedule can be found at dourorivertaxi.com. You can purchase tickets online or at the pier.

What is Porto famous for?

Porto is famous for many things including:

Although prices have risen considerably in the past few years, Porto is not considered expensive when compared to other European cities.

Accommodation will be your biggest expensive, so it pays to shop around and compare hotels in order to get the best deal.

Can you walk around Porto?

Yes, you can walk around Porto: it’s extremely walkable. In fact, this is the best way to get around Porto.

Is there a beach at Porto?

While there’s no beach in Porto City Centre itself, you can easily take the metro, bus, or a taxi to Matosinhos – the nearest beach to Porto.

Which is better Lisbon or Porto?

That’s a difficult question to answer. Personally I think Porto is better in many ways: it’s more beautiful, it’s slightly cheaper, it’s a little more authentic than Lisbon, and many would argue that the people are friendlier. If I was just going to visit one of the two cities, it would be Porto.

Lisbon has the advantage of the better weather, particularly in winter. It’s also a larger city, with a larger international community, which makes it a better choice for living for many people.

Is Porto safe to visit?

Portugal is actually one of the safest countries in the world and, yes, Porto is also safe to visit. Even at night you should feel very comfortable wandering around by yourself.

Pickpocketing can be an issue in some of the more touristy parts of Porto (the same is true in Lisbon), and it’s important to be sensible with your belongings.

How many days do you need in Porto?

It’s possible to get a feel for Porto in as little as a day or half a day, but to see all of the different attractions you really need at least three jam-packed days. If you plan to do a day trip up the Douro, you need another full day for that.

Of course, if you’re not constrained by time, it’s much better to take your time and really get to appreciate the city. So, if you can spend longer in Porto, do it. Between all of the things to see, do, and eat, there’s plenty to keep you occupied here.

Is there Uber in Porto?

Yes, Uber is available in Porto along with other taxi apps like Kapten, Bolt, Free Now, and Cabify. Many of these apps offer a discount code (listed below) so, if you’ve never used these apps before, your first ride will be free (or very discounted).

What should I wear in Porto?

During the summer months, most visitors wear casual summer clothes like shorts and a t-shirt. Although some older Portuguese people will dress a lot more conservatively, you won’t have any problems dressing casually in Porto.

Temperatures often drop in the evenings, and so it’s always a good idea to have a few extra layers. 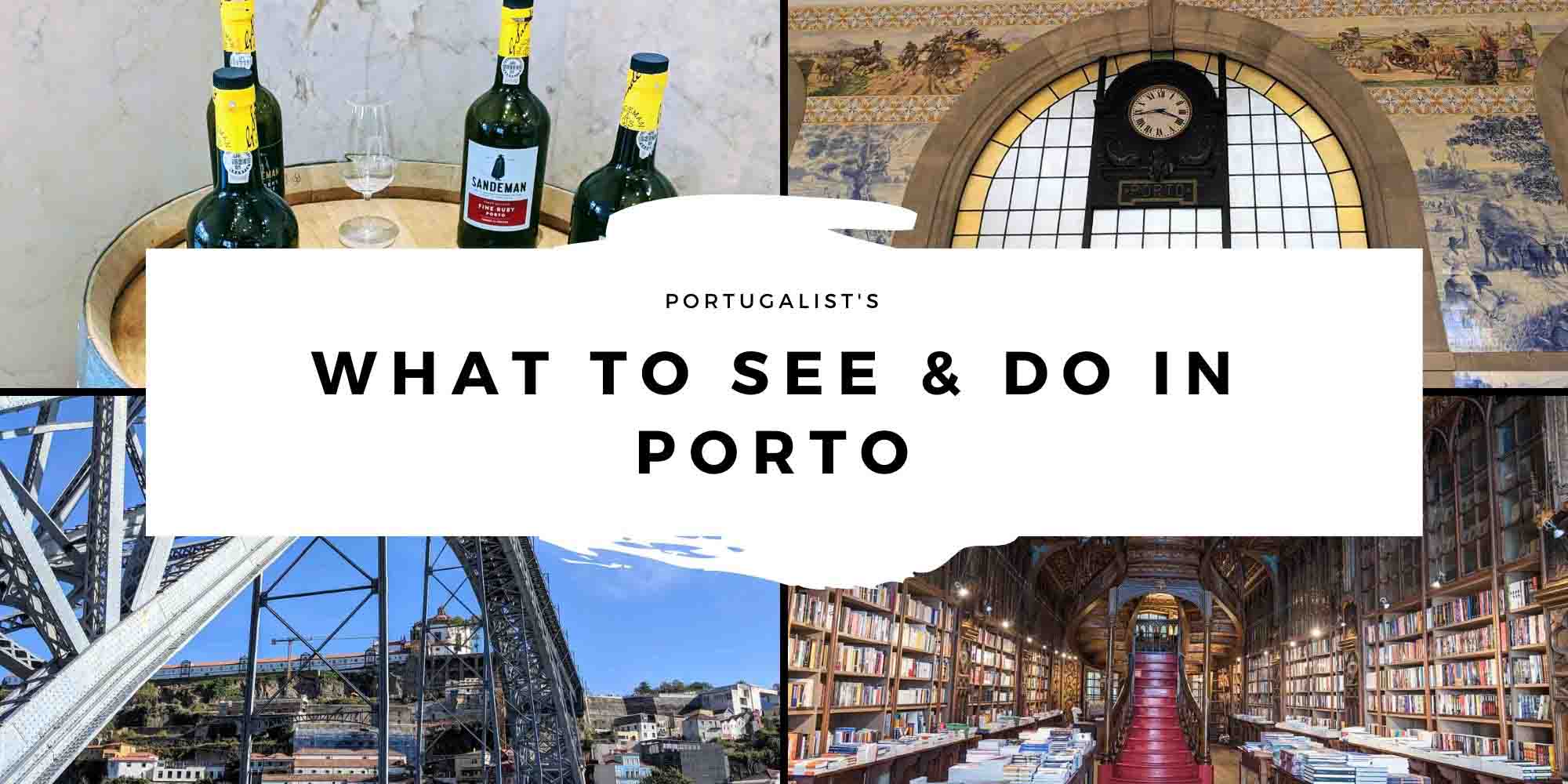 There’s so much to see and do in Porto. From historical attractions to Port tasting,… 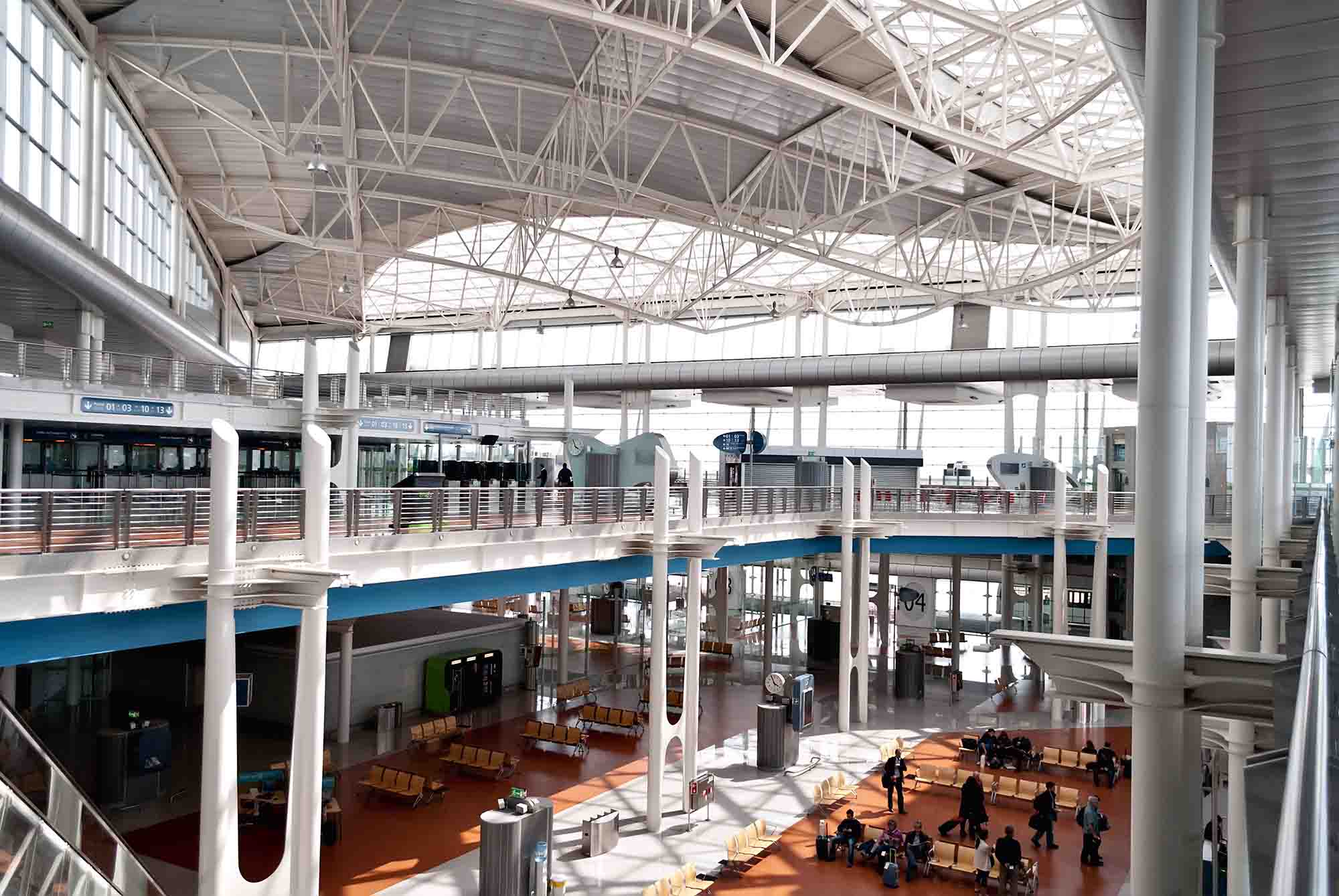 I’ve flown to and from Porto Airport quite a few times, so thought I would…

View all articles about Porto