Skip to content
Portugalist > Latest Articles > Places > Porto & Northern Portugal > Porto > What it’s Like to Live in Porto… Should You Move Here? 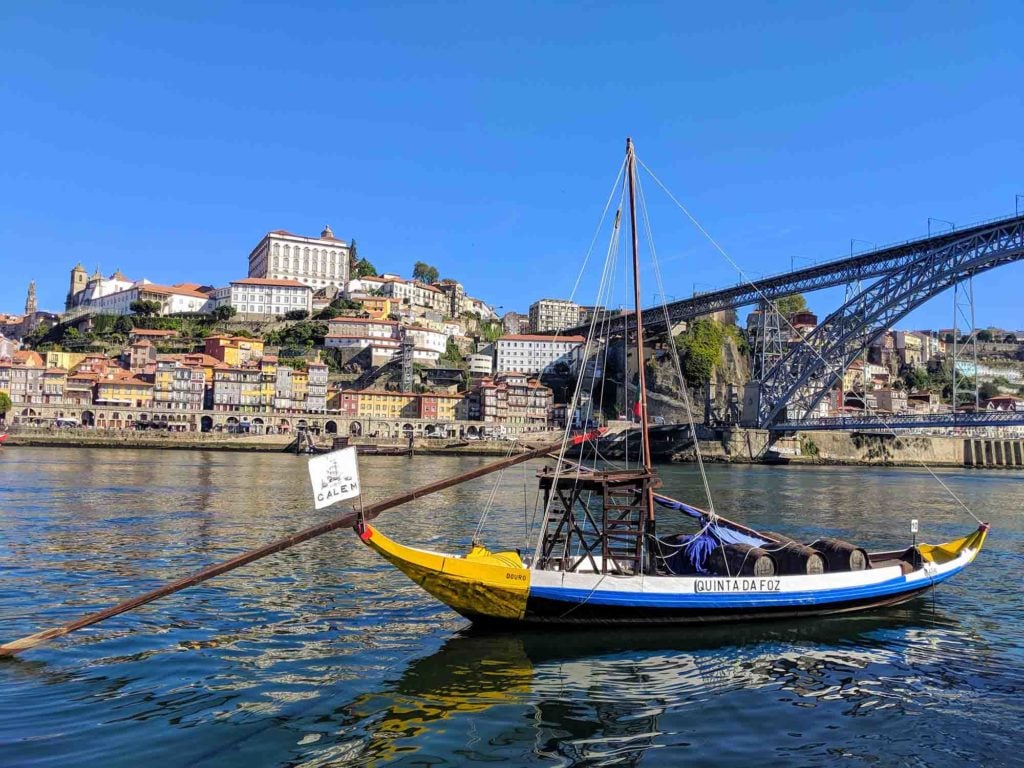 Portugal’s second city has long been overlooked by expats interested in moving to Portugal but, as rental and purchase prices continue to rise in Lisbon, more and more people are seeing the appeal of Porto.

It isn’t just cheaper accommodation costs and an overall lower cost of living that make Porto appealing, however. Porto is an incredibly beautiful city and, when it comes to choosing between Lisbon or Porto, it’s usually the city that the Portuguese prefer.

Everywhere has its pros and cons, and the following are some of the pluses and minuses of living in Porto.

Bifana: Bifanas à moda do Porto (bifanas in the Porto style) are not only my favourite type of bifana, but one of my favourite sandwiches in Portugal.

Francesinha: The Francesinha isn’t Porto’s main traditional dish, that’s Tripas à moda do Porto (tripe). However, since very few people actually like tripe and it’s not something anyone is going to recommend to a tourist, the Francesinha has become the de facto dish of Porto.

Éclair: Unlike traditional French éclairs, which use vanilla pastry cream made from eggs, milk, and vanilla extract, the classic éclairs at Leitaria da Quinta do Paço use just whipped cream.

Port Wine: Port wine is one of Portugal’s biggest and most famous exports. It’s a drink that has a bit of a stuffy reputation but, after spending a few days drinking it in Porto, you’ll very quickly fall in love with it. Visiting a Port wine cellar is an absolute must, but it’s not the only way that you can experience Port wine while you’re in Porto. Visit bars, order it after dinner in restaurant, buy a bottle from a garrafeira – everywhere you can really.

Douro Wine: Porto wine isn’t the only type of wine associated with Porto: it’s also famous for the Douro Wine that comes from the nearby Douro Valley. The Douro is widely considered to be Portugal’s best wine region and almost all of Portugal’s award-winning wines come from this part of Portugal. You’ll find Douro wines everywhere in Portugal, but it’s definitely something to try while you’re in Porto as well.

Sovina: Although Portugal’s beer culture is still essentially Superbock or Sagres, there’s a large craft beer scene here and Porto is one of the best places in the country to try some beers from indie breweries. Sovina is one of the biggest names in Portuguese craft beer, and it’s locally produced here in Porto. Two of the best places to try it are at Armazém da Cerveja (map), a bar and shop, and Catraio Beer Shop (map), a beer shop with a good selection of craft beers.

Porto is a small and compact city, and it’s extremely walkable. Most attractions are located right in the heart of the city centre, so you should be able to do the majority of your sightseeing on foot.

Porto has a good metro system that includes connections to the airport and Matosinhos (where the beach is). Google Maps is the easiest way to get directions using the metro. Alternatively, Porto’s Metro has a good website.

While the tram is a major mode of transport in Lisbon, in Porto there are only a few tram lines left and it’s only really tourists that use them. Everyone else uses the metro or takes the bus. Riding the traditional wood trams is definitely a unique experience, and something that you won’t really find outside of Portugal. If you want to take the tram, the most scenic line to take is Linha 1 as this goes along the river.

Taxis are available throughout Porto. Uber is also available, along with a number of other taxi apps which you may not have used before.

Trains connect Porto to most major destinations in Portugal including Lisbon, Braga, Guimarães, Évora, Faro, and Lagos, however, some parts of the country don’t have train lines and you may need to look at travelling by bus.

Note: There are two train stations in Porto; Campanhã and São Bento. Campanhã is located slightly out of the city centre and is the station where most long distance trains stop, but you can easily connect from here to São Bento or take the metro or a taxi to another part of Porto.

Train tickets can be booked on cp.pt. Discounts may be available if you book in advance (see the guide to taking the train in Portugal).

While Portugal’s trainline only covers part of the country, particularly the Western side close to the coast, its bus network covers almost the entirety. It’s worth comparing both buses and trains to see which is the faster, cheaper, and easier-to-get-to option.

It’s possible to cross from one side of the river – from Porto to Vila Nova de Gaia – by boat rather than walking or taking public transport. Tickets and a schedule can be found at dourorivertaxi.com. You can purchase tickets online or at the pier.

Porto’s regional airport, Francisco Sá Carneiro Airport, is located around 10 km from the city centre and you can easily get to and from the airport by metro, bus, taxi, and airport transfer. Porto Airport is smaller than Lisbon Airport, Portugal’s main airport, so if you’re flying from an international destination it may make more financial sense to fly into Lisbon and then get the train or bus to Porto.