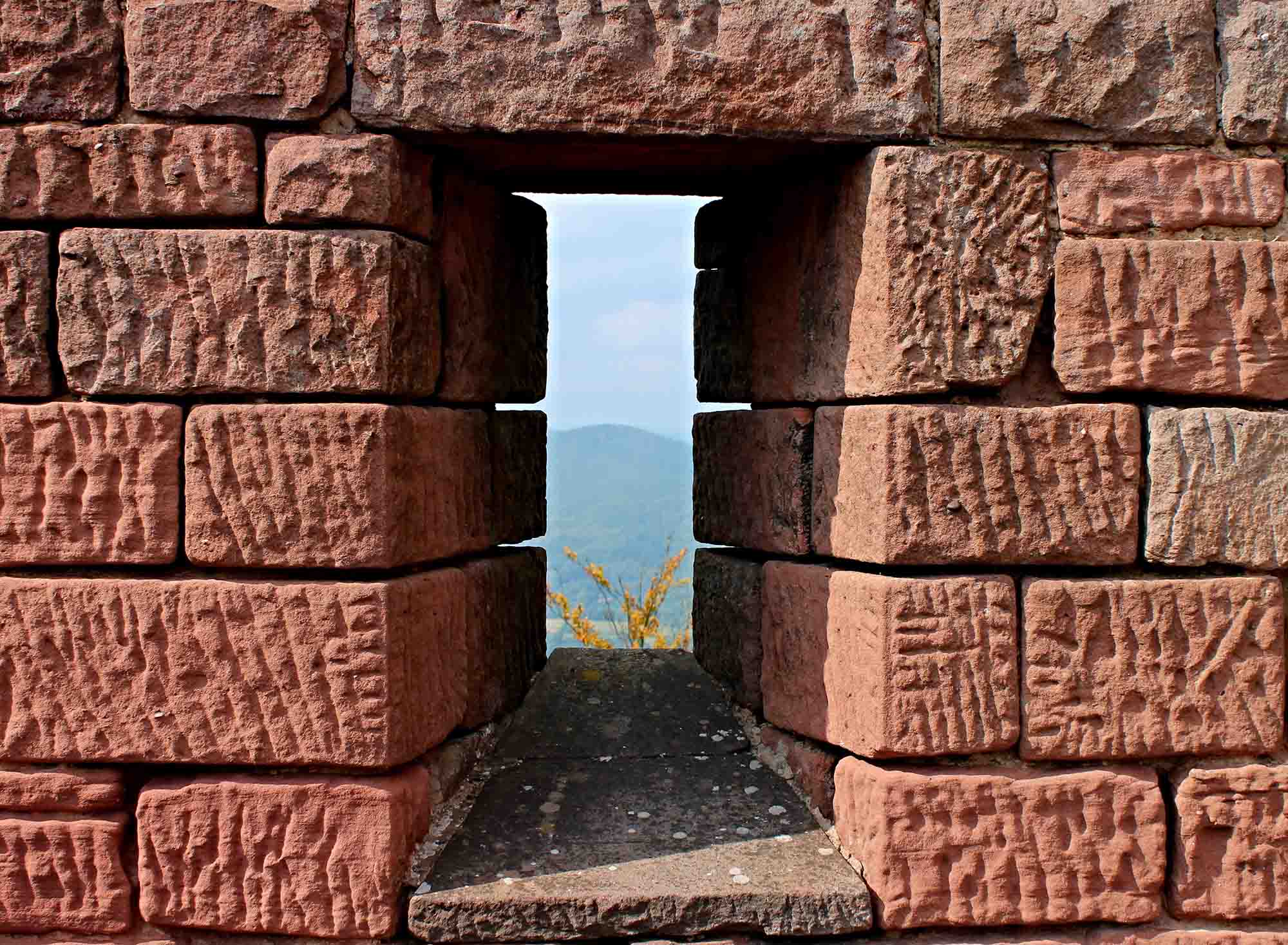 Staying in a castle is a once-in-a-lifetime experience and, with castle hotels dotted across different parts of the country, Portugal could be the perfect place to enjoy that experience.

Castle hotels are perfect for romantic getaways and special occasions, or just because you want to sleep in an actual castle.

Although there are boutique castle hotels dotted around many different parts of Portugal, most of these hotels are in Portugal’s Alentejo region. The Altentejo is a beautiful part of Portugal that’s known for its food and its wine, and its rural landscape, and it’s the perfect place to spend a few days relaxing and unwinding.

This article looks at castle hotels…

Although Lisbon has the famous São Jorge Castle, which you can visit in the city centre, it, unfortunately, doesn’t have any restored castle hotels. Thankfully, there are a couple of castle hotels located close by: one in Óbidos (around 84 km away), one in Alcácer do Sal (around 90 km away), and the other in Palmela (around 43 km away).

The Pousada de Óbidos (or Pousada Castelo de Óbidos) is one of the most popular castle hotels in Portugal. This 12th Century castle is listed as one of the Seven Wonders of Portugal and is expected to receive UNESCO heritage status soon.

The hotel has a total of 14 double rooms as well as 3 suites, with 9 of those located within the castle itself. The hotel has a bar and a restaurant, which offers spectacular views over the surrounding countryside.

Did you know: the castle was actually a wedding present from King D. Dinis to Queen Santa Isabel, and for many centuries served as a functioning castle. The town of Óbidos itself has managed to retain a lot of its medieval character and is a fantastic place to visit if you’re a history buff.

The Pousada de Alcácer do Sal is situated in Alcácer do Sal in the Setúbal district, roughly 70 minutes’ drive from Lisbon. The castle hotel sits up on top of a hill and looks over the Rio Sado.

Facilities at the hotel include an outdoor swimming pool, restaurant, and bar. The hotel has 35 rooms, including 2 suites, and offers both double and twin beds.

The nearest town, Alcácer do Sal, is literally on the castle’s doorstep, while Setúbal is just a 40-minute drive away. The Estuário do Sado Nature Reserve, only 40 minutes’ drive from the hotel, is perfect for relaxing walks in the countryside. Praia da Torre, the hotel’s nearest beach, is just a 25-minute drive away.

Palmela is situated in the Setúbal district, around 42 km from Lisbon, and the Pousada Castelo de Palmela is located in Palmela’s historic town centre. The castle sits up high, roughly 230 metres above sea level, offering fantastic views of the Serra da Arrábida, the Atlantic Ocean, and the countryside surrounding Palmela.

The luxury hotel is located in what was the monastery section of the castle complex, the convent of the Order of Santiago. While, technically, you’re not staying in the castle itself, you will be just metres away and will have views of it from many parts of the hotel. In the mornings, you’ll get to enjoy breakfast in the what was previously the cloisters of the convent.

There are 23 double rooms and 5 suites at the Pousada Castelo de Palmela, as well as a restaurant, and bar. Setúbal is roughly 20 minutes by car, and the Pousada is also within a short distance of the Arrábida Natural Park (20 minutes) and beaches like Praia de Albarquel (25 minutes).

Hotels in the Alentejo

Rural and laid-back, the Alentejo is the perfect place for a break where you just want to get away from it all. It’s also the part of Portugal that’s home to the most castle hotels, as well as several great castles, like Beja Castle, that are just historical attractions.

Pousada de Estremoz is situated 40 minutes’ drive from Evora, the capital of the Alentejo, and around 50 minutes from Badajoz over the Spanish border. There are several wineries near the hotel that offer wine tasting, like Tiago Cabaço Winery, as well as several old churches and other historical attractions that are worth visiting.

There are 33 rooms in the hotel, including 3 superior rooms and 1 royal suite. The rooms are beautifully decorated, and many have four-poster beds.

This luxury castle hotel has a swimming pool (essential if you’re visiting in the summer), beautiful gardens, a restaurant, and a swimming pool. There’s also a games room inside the castle tower with board games and a pool table.

Pousada de Alvito is a 15th Century castle hotel that’s situated halfway between Beja and Evora, two of the Alentejo largest towns. The hotel has 20 rooms, including 6 superior rooms and 1 suite.

Facilities at the Pousada de Alvito include a swimming pool, beautiful gardens, a restaurant, and a bar for you to relax at.

Alvito is a 6-minute drive from the hotel, while Beja and Evora are both less than 40 minutes’ drive away. There are also several small historical attractions nearby like the Igreja de Nossa Senhora da Assunção (church) and the Ermida de São Sebastião.

Pousada Mosteiro do Crato (sometimes called Hotel Flor Da Rosa) began its life as a convent in the 14th Century and, since then, has been a castle, a palace, and, more recently, a luxury hotel. The castle was also formerly the home of the Knights of the Order of Malta, and you’ll see the order’s logo in various places throughout the hotel.

All the 24 rooms at the hotel have private balconies, as well as standard luxuries like aircon, wi-fi, en-suite bathrooms, and TVs. There are 5 superior rooms as well as 3 suites, for those that want to splash out. One of the suites is actually located in the castle’s medieval tower, which was once a dungeon.

Facilities include an outdoor swimming pool, private gardens, and an on-site restaurant.

Crato, the nearest town, is located less than 2 km from the hotel. Nearby attractions include the Parque Natural da Serra de São Mamede and the Aldeia da Mata Dolmen monument. Tomar, the Former seat of the Order of the Knights Templar, is just under 90 minutes’ from the hotel by car.

The Pousada Marvão is situated in the medieval town of Marvão in the Parque Natural da Serra de São Mamede right next to the Spanish border. From its position on top of the hill, you can see right across the Alentejo countryside and even into Spain.

The hotel has 31 rooms in total, 7 of which are superior rooms and 3 of which are suites. All rooms have modern comforts like aircon, wi-fi, en-suite bathrooms, and a TV.

There’s a restaurant on-site, and there are also a handful of restaurants in Marvão town centre as well.

Nearby attractions include the former Roman City of Ammaia and the Parque Natural da Serra de São Mamede. The hotel can also arrange activities like horse riding, hang gliding, hunting, fishing, and walking.

Although there are plenty of luxury and even historical hotels in Madeira and the Azores, there are very few hotels inside a castle. Just one, actually: the Pousada Do Heroismo on the island of Terceira in The Azores.

The Hotel Pousada Angra do Heroismo (or Hotel São Sebastião ) is located inside a fortress which dates back as far as 1555. Although a lot of the fortress has decayed over time, two sentry posts and a turret still remain.

This does mean that, aside from some of the exterior walls, the hotel doesn’t feel very castle-like inside. It is, however, a very popular and very-well rated place to stay.

The hotel has 28 bedrooms and 1 suite. The suite, along with some of the rooms, has views over the ocean and the Monte Brasil.

The Pousada Do Heroismo has both a swimming pool and a jacuzzi, as well as an on-site restaurant. All rooms have wifi internet, aircon, and en-suite bathrooms.

Angra do Heroísmo, the nearby town, is a UNESCO World Heritage Site. Nearby attractions include Monte Brasil, a former tuff volcano, and the Fortress of São João Baptista, a historic fortress.