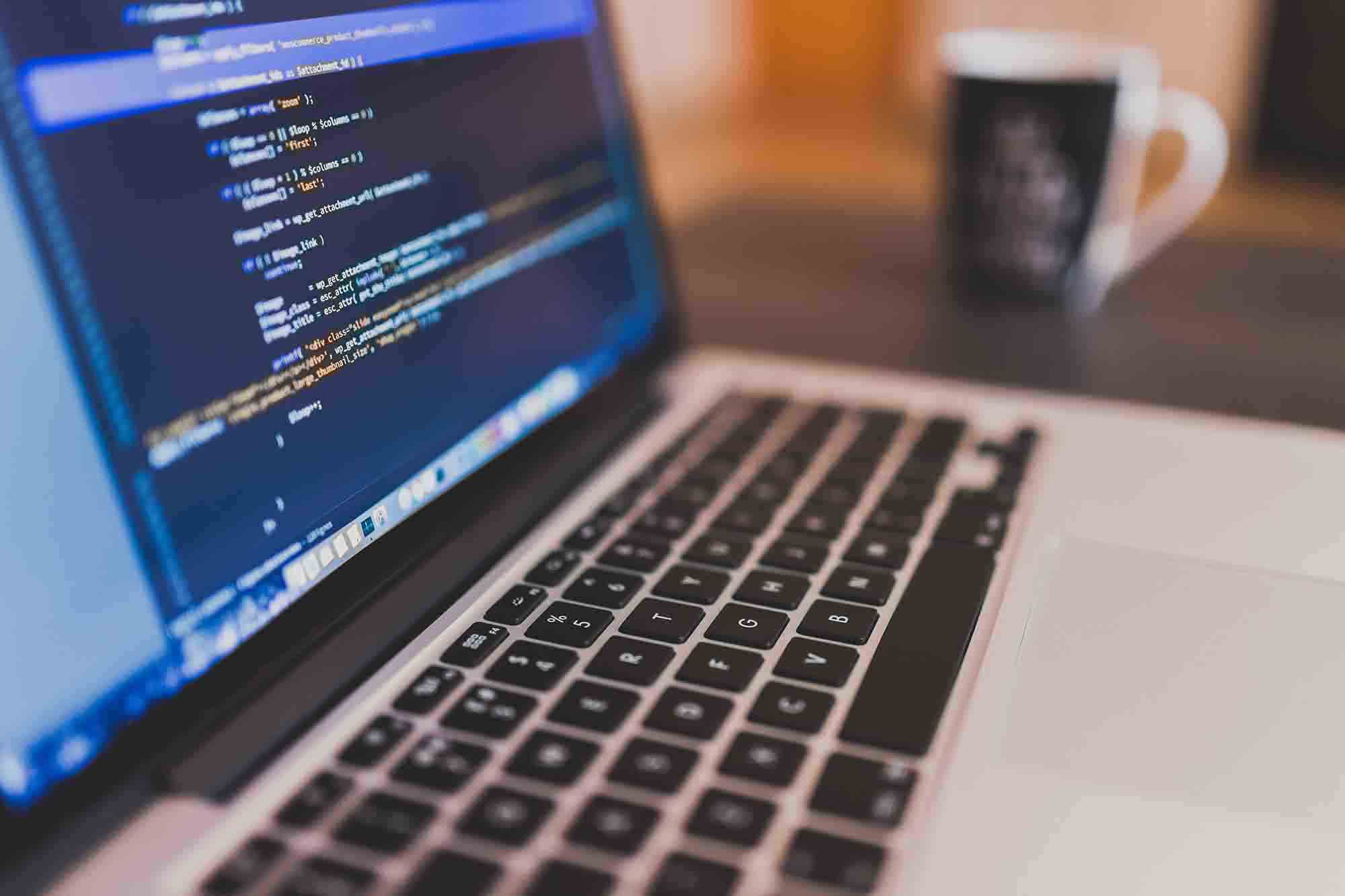 If you’re thinking about learning to code, why not learn in Portugal? Portugal, especially Lisbon where the majority of coding bootcamps are located, has great weather, a growing tech scene. It’s also just a fun place to spend a few months.

There are now several coding bootcamps in Portugal that’ll teach you everything that you need to get a job as a developer. In Portuguese salary terms, that would normally mean a starting salary of around 20-25k – considerably higher than the average Portuguese or even Lisbon salary, which is less than €1,000 per month.

Is a coding bootcamp right for you?

A bootcamp typically lasts around 9 weeks, and those 9 weeks are usually incredibly intensive. There’s also the price tag to consider: bootcamps cost several thousand euros, and that’s not including the cost of your accommodation and other expenses while you’re studying (note: you don’t always have to pay the entire course fee up-front).

Those fees are expensive, but for many people it’s roughly the same price (or even cheaper than) a university degree. It’s also has a much higher job-hiring rate, and is a much faster process: a 9-week course is something that you could do over the summer break or right after university.

Coding bootcamps aren’t for everyone, though. Most coding bootcamps have an interview process where they try to determine if you’re a good fit and decide whether to accept your or not. If you do get rejected, you may want to consider the traditional route to a qualification instead.

Most coding bootcamps take place in Lisbon, which makes sense. It’s the Portuguese capital, the home of the Portuguese tech scene, and it’s where you’re most likely to get a job in tech in Portugal.

It’s also a fun place to be. There are some great tech meetups that you can get involved in, including one of the largest communities of digital nomads in the world.

Accommodation can be a little tricky, as rental prices have risen considerably in the past few years, but it’s always possible to rent a room if not an entire apartment.

Ironhack is one of the biggest coding schools, not just in Lisbon but in the world. As well as the Lisbon campus in Lisbon’s São Bento neighbourhood, Ironhack also has campuses in other parts of the world like Madrid, Barcelona, Berlin, Miami, Paris, and São Paulo.

Most importantly: 90% of people who complete an Ironhack course get a job in the industry afterwards.

Like most coding bootcamps, Ironhack’s focus is to get you into a job as soon as possible. The last week of the course is a hiring week and, during that week, you’ll interview with companies from Lisbon and across Portugal who are looking to hire developers (which you’ll be able to call yourself then). As Ironhack have campuses in other cities like Berlin and Amsterdam, you could attend the hiring week in one of those cities if you’d prefer to try and get hired by a company based there.

The course, which is available as both a full and part-time course, is a Full Stack Javascript course. It’s taught entirely in English and, in previous intakes, has seen a good mix of both male and female students.

Ironhack have someone who’s dedicated to looking after the students’ well-being during the bootcamp but, ultimately, you do need to have the motivation and perseverance to complete the nine weeks. With a 90% hiring rate, though, you’ll definitely have something to keep you going.

Although the course costs around €6,500 (without taking into account the Portugalist scholarship), you don’t have to pay this all upfront. You can pay in installments during the bootcamp or up to 21 months after completing the bootcamp, i.e. once you have a job. Ironhack don’t charge interest on this payment plan.

Be sure to read Sam Vargas’ interview. Sam previously worked as a naval officer in the British Navy but studied with Ironhack and made the switch to web developer.

LeWagon is another big name in the coding bootcamp world. There are LeWagon campuses all over the world, including in London, Brussels, Copenhagen, Melbourne, Tokyo, Rio de Janeiro, Tel Aviv, and, of course, Lisbon.

The Lisbon campus is situated near Marquês de Pombal and has a kitchen, lounge, and a terrace for catching some of that sunshine Portugal is so famous for.

During the course fullstack developer course, which is taught entirely in English, you’ll learn to program with Ruby on Rails and ES6 (Javascript), as well as to work with Github. You’ll work on your own project, which you’ll pitch and showcase at a public graduation day.

As with Ironhack, you’ll need to pass an interview to make sure that you have the technical and personal skills to complete the course.

Wild Code School is a French coding academy with campuses across France and several other European cities including Amsterdam, Madrid, and Lisbon. It’s also possible to study remotely with Wild Code School.

Courses available at the Lisbon campus include the Web Developer training program and the Data Analyst training program. Both take 5 months to complete with a busy full-time schedule.

The 14-week course, which is taught in Portuguese, takes you to junior fullstack developer level, focusing on Java and JavaScript. If you study at the Lisbon campus, you can expect to student with around 40 other students divided between 2 classes. Other campuses are likely to have much smaller classes.

Edit runs coding bootcamps in Lisbon and Porto, as well as in international destinations like Madrid and São Paulo.

EDIT teaches a mixture of different courses, both coding bootcamps and as well as other courses in online marketing, analytics, user experience, and design. Most of the developer courses are part-time, and take place in the evenings or at weekends over 4-5 months.

The developer courses, which are taught in Portuguese, typically cost a little over €2,000 and, as they’re mostly part-time courses, would suit people who already live or study in Lisbon and Porto.

Rumos offers 1-week coding bootcamps in Lisbon and Porto for a number of languages including C#, Python, Java, and coding for the web. Each course takes around 45 hours, which are spread out over the week, and is taught in Portuguese (the books are in English). Each course costs €950 + VAT but individuals are exempt from VAT.

She Codes runs basic coding bootcamps for women in Lisbon and Porto. The courses, which are taught in English, vary from weekend-long workshops to evening courses that take place over several months.

The courses are nowhere near as intense as the full-time courses offered by Ironhack and LeWagon (and consequently they’re also not as expensive). Most of the courses are designed to give women an introduction to skills like HTML, CSS, JavaScript, and React, but not necessarily to prepare them for their first job in tech, while SheCodes+, the advanced course, is designed to be a stepping stone towards that all-important first job in tech.

Portugal’s second city, Porto, is passionately trying to develop its own tech scene. Although there are nowhere near as many coding bootcamps in Porto as there are in Lisbon, they are starting to open up.

Many people, particularly Portuguese people, prefer Porto to Lisbon, and may prefer to learn to code here instead. Living costs, particularly accommodation costs, are also much lower, and this factor alone may go a long way to attracting aspiring developers to Porto.

Creator’s School offer a 9-week developer bootcamp at their campus in Porto. The course, which is taught in Portuguese, has a 75% practical to 25% theoretical split and is taught over 8-hour days. During that time, you’ll focus on learning either Ruby on Rails or NODE.JS and, of course, HTML and CSS.

While most coding bootcamps in Portugal cost around €6,000, Creator’s School is significantly cheaper at just over €2,000. Of course, whether it costs €2,000 or €6,000, the big question is whether they can get you a job?

According to their website, Creator’s School guarantee you “entry into the job market.” As you complete the course, they’ll work with you to improve your CV and make sure that it’s attractive to future employers.