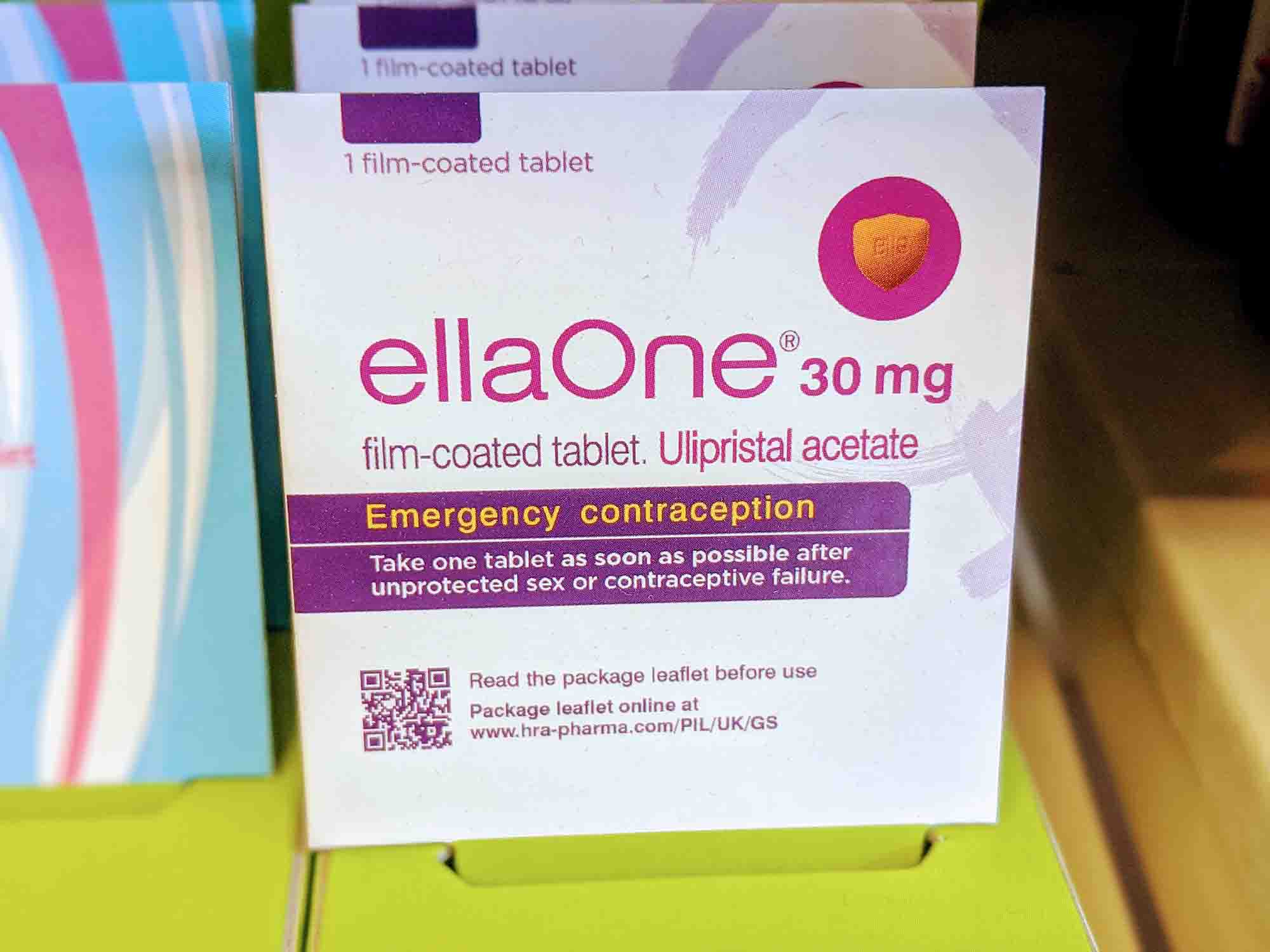 Accidents happen, and often those accidents happen will you’re abroad. Don’t worry, though: getting emergency contraception in Portugal is very straightforward.

Emergency Contraception (the morning after pill)

Emergency contraception (often called “the morning after pill”) is available at

For most people, particularly those visiting Portugal, going to the pharmacy will be the easiest option.

There are pharmacies all over Portugal, and you will have no problem finding one nearby. The only exception is if you need a pharmacy on a Sunday or outside of normal opening hours and you’re in a very small town.

Most cities, and even large towns, however, will have at least one pharmacy that’s open 24 hours or outside of the regular hours. Farmaciasdeservico.net is a useful website (in Portuguese) that shows you all of the 24-hour pharmacies in each area.

What to ask for

Pharmacies, and many Portuguese shops and services, often have a senha system. This is simply a ticket with a number on it (it looks a bit like a raffle ticket), which tells you where you are in the queue. When you enter the pharmacy, have a look around for a machine and take your ticket. This is most common in larger, busier pharmacies, so you may not need a senha. It’s just something worth knowing.

When it’s your turn (there’s usually a neon sign on the wall showing which number is next), you’ll need to go to the counter and ask for the emergency contraception that you want to buy.

There’s a good chance that the person behind the counter will speak English, especially if you’re in a city like Lisbon or Porto, although it’s not guaranteed. You don’t need a prescription for emergency contraception and there is no minimum age requirement.

EllaOne, an anti-progestin pill, is considered to be the most effective form of emergency contraception, and you can take it up to (120 hours) 5 days after having unprotected sex.

When you go up to the counter, just ask for EllaOne, which is a little easier than saying something like “contracepção de emergência.” As of 2021, you should expect to pay around €25 for EllaOne in a Portuguese pharmacy.

Progestin-only ECPs, like NorLevo 1.5mg, Postinor 1500, are also available at Portuguese pharmacies. These aren’t considered to be as effective as EllaOne, and should be taken within 3 days rather than 5 days. They are usually more effective the sooner they are taken, whereas EllaOne is still as effective on day 5 as it is on day 1.

General STD Testing is available in Portugal although the setup can be confusing to visitors: unlike many other countries, which have specialised sexual health clinics, most STD testing is done through a doctor. Lisbon is an exception and is home to the only gum clinic in Portugal, although there are some LGBTQ clinics aimed at testing for HIV dotted throughout the country (Read more about STD testing in Portugal).

If you think you are at risk of HIV, you should seek out PrEP (Post-Exposure Prophylaxis) which is an anti-HIV medication. It’s worth nothing that PrEP is only really effective if you begin the course immediately (within 24 hours).

Rede de Rastreio has a good list of HIV testing centres located across Portugal as does Positivo. If you’re in Lisbon, one of the best resources is CheckpointLX. This service is primarily aimed at gay men but doesn’t discriminate.

Portugal also has a 24-hour health helpline, SNS 24, which you can call on (+351) 808 24 24 24. The service is available in English (choose option 9), and is an excellent source of professional medical advice while you’re in Portugal.

Condoms are widely available in Portugal from pharmacies, supermarkets, and even condom vending machines on the streets. Supermarkets are often cheaper than pharmacies but, if you expect to use condoms regularly, it may make sense to order a bigger box online e.g. from Amazon Spain.

Abortion is legal in Portugal for the first 10 weeks of gestation, and has been since 2007. Longer gestation periods are possible if the pregnancy poses a risk to the woman’s life or mental health, was the result of a rape or a sexual crime, or if the fœtus is malformed or has an incurable disease. For most cases, 10 weeks is the standard.

Portugal isn’t a country that performs a lot of abortions, and some Portuguese women still prefer to travel to other countries (especially Spain) for an abortion. The two main reasons for this are privacy concerns and a longer gestation period.

The process for getting an abortion involves a doctor’s consultation (interrupção voluntária da gravidez), followed by a 3-5 day reflection period. The consultation normally takes place at the local hospital, but could take place at a local health centre (Centro de Saúde). SNS 24 on 808 24 24 24 (press 9 for English speakers) will be able to point you towards the nearest available hospital.

During the consultation, the doctor will discuss the various options for pregnancy termination. The doctor will advise on the different methods, but the patient is free to choose the method.

After the reflection period, the abortion can take place. Normally there is no need for hospitalisation, and it many cases it can be done at home via an abortion pill.

Most doctors in Portugal speak good English, but many expats prefer to use private hospitals where you can specifically request a doctor that speaks English (some also speak French, German, Spanish, and other languages).

Around 2-3 weeks after the abortion, there is a 3rd medical exam to determine that the abortion was successful.