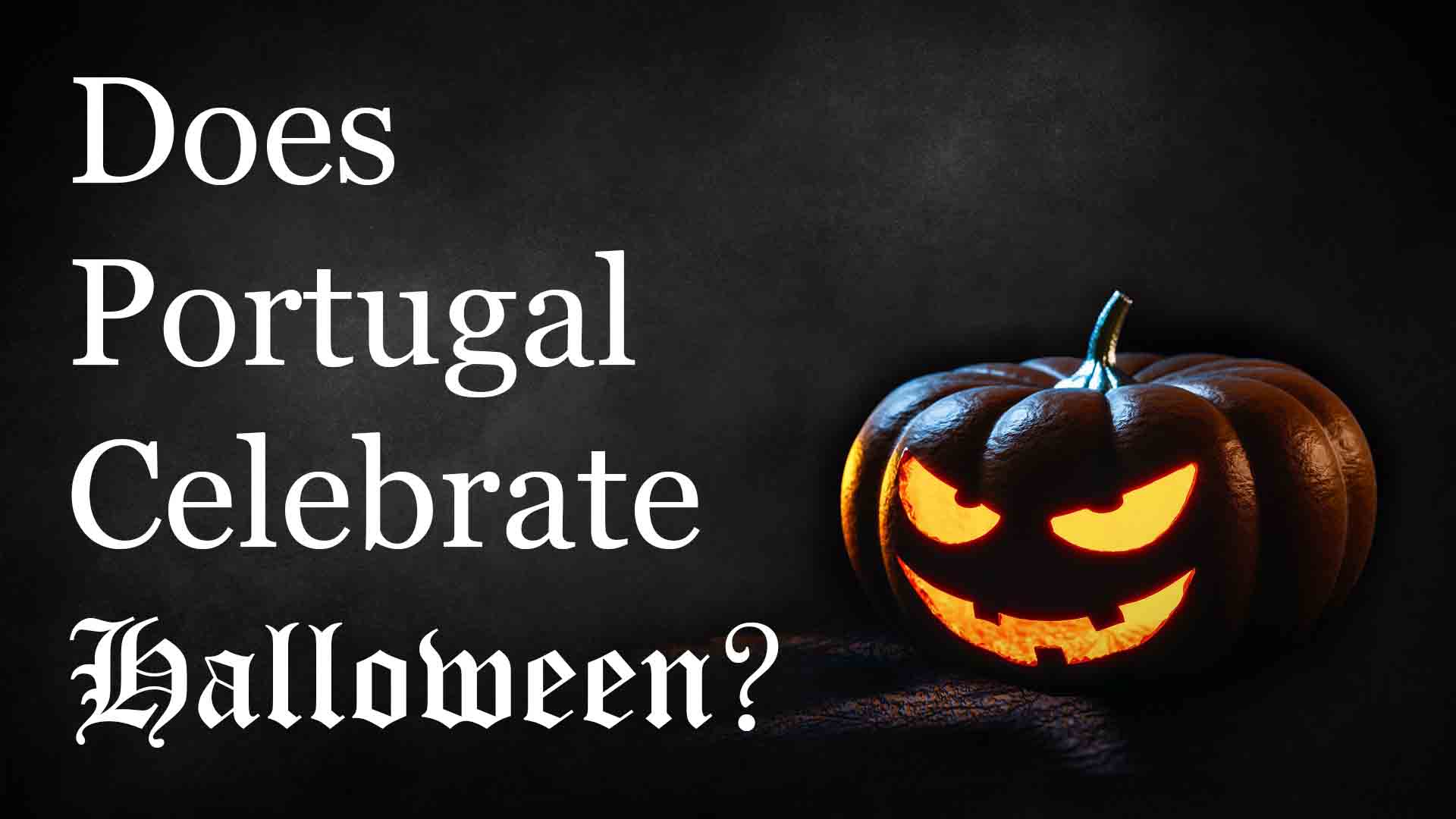 Once upon a time, Halloween (or dia das bruxas) wasn’t something that was really celebrated in Portugal. These days, however, you’ll see posters across Lisbon, Porto, and other major cities advertising Halloween Parties and special events. Depending on where you live in Portugal, you may even get a few tick-or-treaters knocking on your door as well.

Obviously, this is all America’s doing. Children in Portugal are simply copying what they see on television and in films, and adopting those customs into Portuguese culture.

Or, maybe they’re not. While it may feel like Halloween is becoming more and more of a big deal in Portugal, the reality is Halloween has actually always existed here in some form or another. You might have to scratch the surface to find these traditions and customs, but they’re definitely there.

Trick-or-treating is probably the tradition that’s most commonly associated with Halloween. In America and in other countries that celebrate Halloween, children go door-to-door begging for sweets, money, and whatever else they can get.

In some part of Portugal, it’s common for children to go door-to-door (especially their relatives’ doors) asking for bread (Pão-por-Deus). They knock and recite a verse like this one:

The concept – which has quite a few different names including Dia do Bolinho, santorinho, bolinho, or fiéis de Deus – is essentially trick-or-treating. Children can expect to get pomegranates, cakes, sweets, chestnuts, and walnut and dried fruit biscuits.

Sometimes, the relatives like to pretend that they have nothing to give.

(Sorry! The rats ate all of my food)

This is all part of the game, and the children respond with mini threats until the goodies are delivered. This probably sounds quite similar. After all, in America children say:

Trick or treat, smell my feet give me something good to eat.  If you don’t, I don’t care. I’ll pull down your underwear!

Then there’s the pumpkin carving, which is a tradition in certain parts of Portugal like Beira in Northern Portugal. Pumpkins in this part of Portugal are known as coca or coco, and are named after the mythical monster with the same name.

Portugal, especially the northern parts of Portugal, is home to a number of different pagan festivals like Festa da Cabra e do Canhoto in Cidões. Given that a lot of modern day Halloween traditions and beliefs come from other Celtic countries, it’s not surprising that there are a lot of similarities.

But even though Portugal has all of these different Halloween traditions, you could still be forgiven for thinking that Halloween isn’t celebrated here as these traditions are so regional and those regions are so spread out. One tradition you’re likely to spot regardless of where you are in the country, however, is the annual cleaning of the relatives’ cemetery plots which takes place on November 1st.

November 1st, the day of Saints and Martyrs, is a big day in the Portuguese calendar. If you wander past your local cemetery, you’ll find it packed with locals who are all eager to make sure their relatives’ resting places are looking good. Bleach, a Portuguese favourite for just about everything from cleaning to washing vegetables, is the weapon of choice and there’s always a strong smell of it in the air.

Outside of the cemetery, you’ll often find flower vendors selling chrysanthemums for the graves, along with a few Portuguese street food vendors selling things like roasted chestnuts and farturas. During the day, and in the evening, you may also spot services taking place in the graveyards.

While it can be hard to find some of Portugal’s other Halloween traditions, this is one that you’ll find just about everywhere in Portugal.