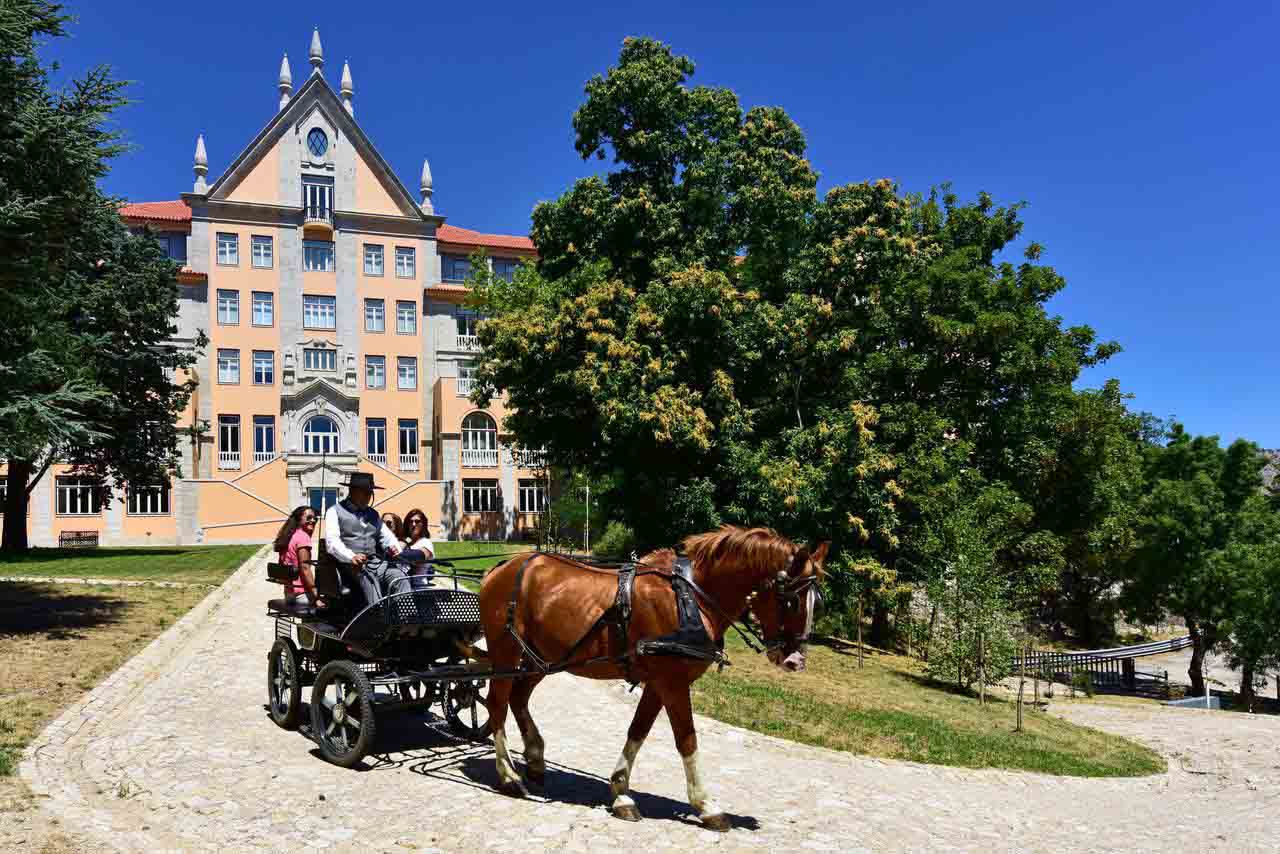 Some people just love a good scare, whether that’s watching a scary movie or staying at a haunted hotel. The following are some of Portugal’s supposedly haunted destinations, and several are now hotels where you can spend a jittery night.

Situated on the promenade near the beach, this otherwise tranquil hotel is believed to be haunted by the previous owner. Sightings are common in room 108, the room where the landlady supposedly died.

According to the book, Histórias de um Portugal Assombrado, there are numerous accounts of groans, unexplained whimpers, and the sound of someone or something pounding on the walls at night. Paranormal investigators have even spent the night in the hotel, and many of the recordings apparently show evidence of life on the other side.

All of these late-night noises haven’t affected business, however. The hotel has almost a perfect 5-star rating on both TripAdvisor and Booking.com. Either the ghost moved out after the hotel’s recent refurbishment, or the hotel guests come home so drunk that they don’t even notice her.

Another hotel with a guest who has long overstayed his welcome, the Tivoli Palácio de Seteais Hotel is an otherwise beautiful 5-star hotel. But although guests will spend €300+ per night to stay here, very few will stay in room 18. Those that do will have to bunk up with one of the previous guests, and who wants that on a holiday?

But, although this hotel offers 5-star luxury getaway, the Pousada Serra da Estrela hasn’t been able to escape its own deadly past. Thousands of tuberculosis victims are believed to have died here, and their spirits now wander the corridors at night.

Situated in a small town in the Porto region, the Quinta da Juncosa in Penafiel is believed to be haunted by the Baron of Lages, his wife, and his children.

The Baron believed his wife was cheating on him and the only suitable punishment would be to tie her to his horse and drag her along the ground until she died. Unfortunately for the Baron, it turned out that all of her protests were legitimate and she hadn’t been unfaithful at all. He was so stricken with grief that he not only decided to kill himself, but his kids as well.

Despite even killing his children, this move doesn’t seem to have absolved the baron of all his guilt. There have been frequent sightings of the baron and his wife, neither of whom seem to have been able to find eternal rest.

You can watch a video of some paranormal investigators trying to communicate with the Baron here on YouTube.

The Beau-Séjour Palace, a 19th-century manor house in Lisbon, is said to be haunted by previous owner: the Baron of Glória. Both employees at the Beau-Séjour Palace and visitors have reported all kinds of strange occurrences, including non-existent bells ringing, windows opening and shutting, and objects disappearing.

Other spooky places to visit