Skip to content
Portugalist > Latest Articles > Living in Portugal > Mobile Internet in Portugal: How to Get Wifi On The Go 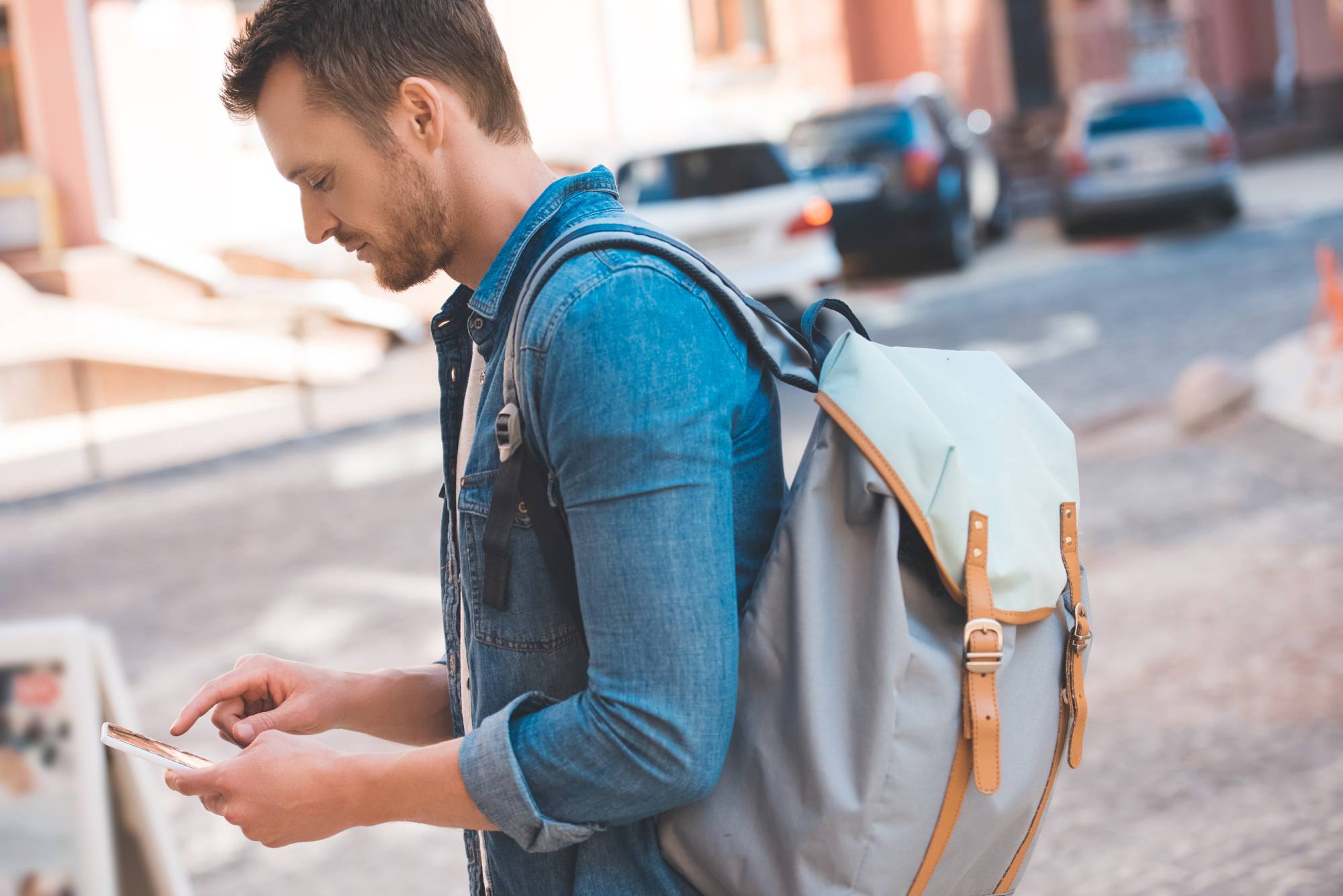 If you’ve moved to Portugal, having the internet on your phone is essential. You’ll need it for maps when you get lost, translation apps when you don’t understand something, and for communications apps like WhatsApp for keeping in touch with friends and family from outside of Portugal.

Typically fastest mobile internet with most data (including unlimited). However, most contracts usually run for 2 years.

If you’re planning on staying in Portugal for at least a year or two, you should consider getting a mobile phone contract early on. This is especially true if you’re looking for unlimited mobile data. This could either be a new phone and a sim or it could be a sim-only deal, if you already have a mobile phone that works in Portugal.

Like home internet contracts, phone contacts in Portugal typically last for 2 years, although it is possible to get shorter contracts. If you’re getting fibre optic broadband as well, it’s a good idea to get the two together as you’ll normally get a better deal this way. (Use our internet options checker to check home internet and mobile phone options).

Roaming is a big consideration for expats looking at both prepay and contract phones. While “EU roaming” should be come with any network, the reality is that some networks have more limitations than others and in some cases, roaming doesn’t seem to work abroad. Because it already has a network in other countries, Vodafone is considered the best for those that plan to travel. It is usually more expensive than MEO, but those that travel frequently consider this a price worth paying. NOS, Portugal’s third network, has less coverage than the other two, but is still a popular consideration for those that live in areas that are well-served by it.

Use the form below to get more information about the best mobile phone networks and deals for your particular location.

Like most countries, coverage is an important factor to consider when choosing a mobile phone network. This is especially true if you live in the countryside as opposed to a big city like Lisbon or Porto. Nperf, which visualises coverage maps, can help here.

A good alternative for many people, particularly those that aren’t here long enough to make fibre broadband worthwhile

Another option is to get a mobile internet dongle or little mifi router that you can carry around with you or use at home. Vodafone and NOS both offer these.

These devices usually offer unlimited internet (although, in practice, there’s a limit) and generally have good speeds, although it does vary from location to location. Prices for 30 days are normally around €30-40, excluding the cost of the mobile hotspot dongle (typically around €30 as well). If you have your own, you can just purchase the sim card.

This is a good option for those that are staying at least 30 days, but ideally a bit longer due to the fact that you not only have to pay for a month of data but purchase a mobile dongle as well. It’s useful for those that are coming to Portugal for a few months, but not long enough to deem getting fibre optic internet installed. Of course, you can get it and use it for a shorter amount of time, but the overall cost-per-day will work out more expensive.

Depending on the quality of your connection, this is perfectly fine for most online activities, including streaming videos and video calls (however, do expect some buffering or lags). You should check the mobile network coverage in your area before signing up with a particular company as the quality of your connection will depend on that network’s coverage in the area. Nperf, which visualises coverage maps, can help here.

There are also companies like PortugalInternet.com and My-wesbpot.com, which rent dongles to people visiting Portugal. However, these are quite expensive and cost around €80-€200 per month to rent. They’re a very convenient solution (they’ll even mail them to your hotel) and may be a good option for short trips to Portugal, but for most people, there are probably more cost-effective options out there.

Prepaid or PAYG (often called Pré Pago in Portugal) is a popular option for newcomers to Portugal and for those that don’t want to be tied into a contract. The downside of this option is that you typically get less data, so it isn’t a great option for heavier internet users.

The main networks are MEO and Vodafone, followed by NOS. Other smaller networks, including those that piggyback on the big 3, include NOWO, Lycamobile, and UZO. Prepaid with Data is a useful site for comparing tariffs across different networks.

If you’re only visiting Portugal for a few days and need a data-only sim, you may want to consider one of the options that MEO and Vodafone offer. Vodafone has shops in Lisbon and Porto Airport, so may be the easier option if you need mobile internet straight away. It also offers “unlimited” data whereas MEO has more limitations.

As with contract-based phones and dongles, coverage is important so be sure to check that the mobile phone network covers the area you’re mainly going to be in. This is less a factor in places like Lisbon than it is in the Azores, Madeira, or Portuguese countryside. Nperf, which visualises coverage maps, can help here.

Via Your Current Sim Card (roaming)

Often a better option than Prepaid/PAYG with Portuguese companies, however it may not be a long-term solution

Many people that move to Portugal keep their international phone numbers. Some people, particularly those from other EU countries, seem to be able to keep using their phone contract or prepaid sim card for months and even years in Portugal.

It really depends on your mobile phone network. Some don’t seem to mind their customers roaming for long periods of time, while others will have a cut-off point. Most will have a data cap so you won’t get unlimited internet, but some are quite high (20gb a month, for example) which is often more than enough for most people.

For those from the UK, this has become much less of an option since Brexit as most UK network operators have limited roaming in Europe, either in terms of data or number of days.

An option for those on an extreme budget

Another option is to rely on the hotspots and open networks around Portugal. This isn’t an ideal solution, particularly as most networks have a password, but it could be feasible in a city.

You’ll find internet hotspots in places like shopping centres and many cafes and restaurants will have wifi as well. Free wifi is often available on Portuguese trains and buses, although in practice it doesn’t always work (especially on the trains).

If you’re a broadband customer, you may also find that there are open networks (e.g. for MEO) that show up on your phone. You can connect to many of these with your login credentials (e.g. for your MEO account) and get free wifi when you’re out and about.

As well as these wifi hotspots, you’ll also be able to connect to the internet for free at some government buildings, such as libraries. Your câmara municipal (town hall) may also offer free wifi.