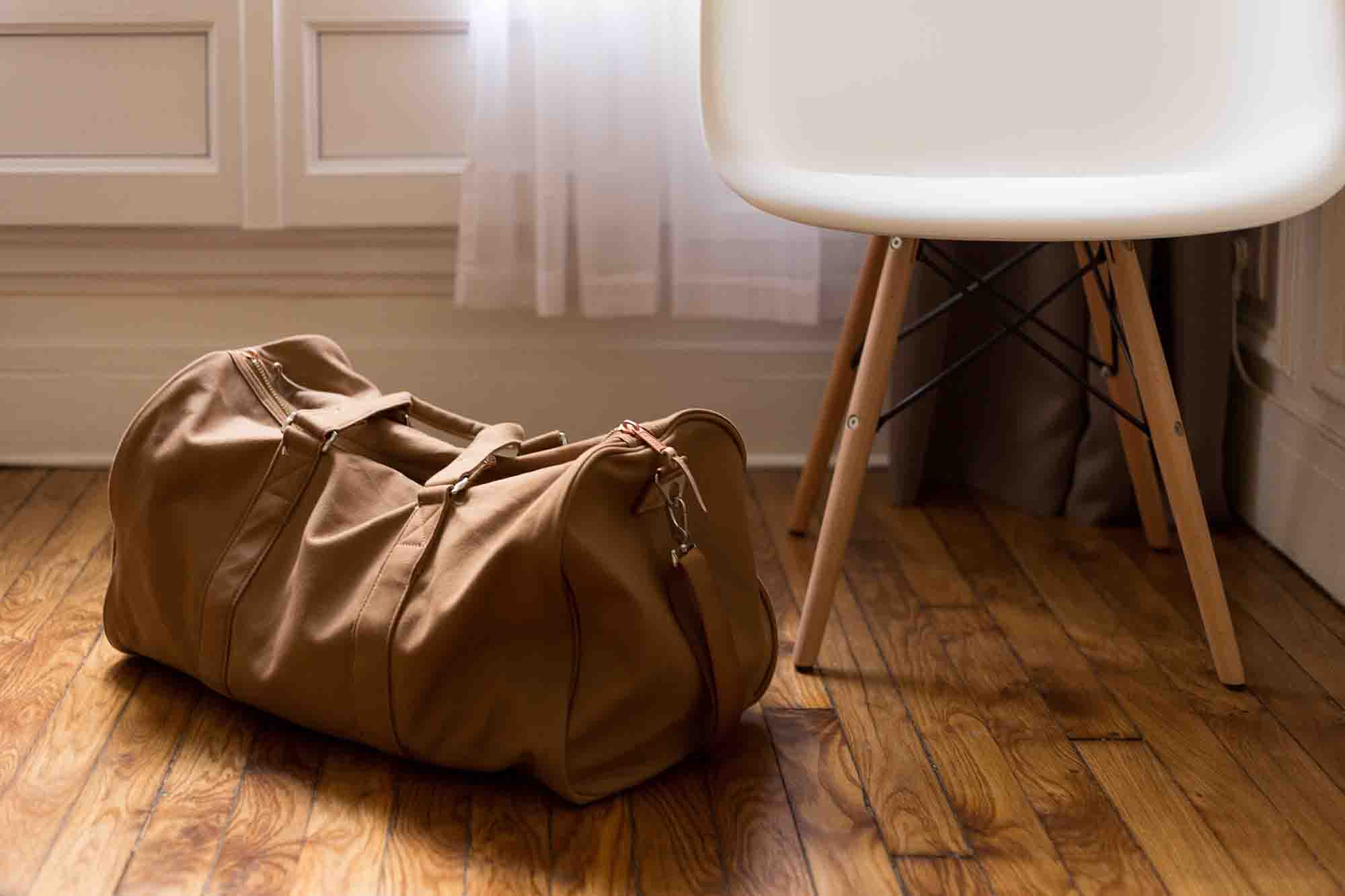 A lot of the articles written about solo travel in Portugal are quite generic, and don’t really offer any specific advice. Many are just a list of things to do (e.g. eat a pastel de nata, stroll around the city, etc.) but with the words “solo travel” in the title. I wanted to provide something that was a little more practical. Hopefully, it’s useful.

Portugal is a great destination for solo travellers, both men and women. It’s safe, affordable, friendly, gay-friendly, and English is widely spoken. If you’re looking for your next solo travel destination (or maybe your first), Portugal should be a top contender.

However, meeting people in hostels isn’t guaranteed. Hostels should be good places to meet other travellers, but often they can be quite unsociable places. Usually this is just because someone needs to make the first move and start and a conversation and, well, nobody wants to be the person to do that, so everyone just plays on their phones.

Some hostels in Portugal do evening meals (usually for around €8-10) or free walking tours and both of these can be a great way to break the ice and meet the other people staying at the hostel. They’re perfect for people that want to meet other travellers, but aren’t looking for a party hostel.

Of course, if you are looking to party, look at the hostels mentioned below that do pub crawls or label themselves as a “party hostel.”

Some of the hostels that offer sociable meals or other communal events include:

Airbnb and Booking.com are the two accommodation websites that I use the most in Portugal. While Booking.com is great for hostels and hotels, Airbnb is great for renting a room or an entire apartment.

You would expect renting a room to mean staying in someone’s spare room, but that’s not always the case – especially in cities like Lisbon and Porto. A lot of rooms that I’ve rented in Lisbon especially have been in large houses with 4+ bedrooms where every room is an Airbnb rental. These are fine for cheap accommodation, but they usually don’t have a common area (that anyone uses anyway) and can feel a little soulless.

Staying in a hotel by yourself is quite a solitary experience, but sometimes that’s exactly what you want.

Tip: By default, Booking.com (and some other accommodation websites) assume that you’re travelling as 2 adults and 0 children. You should always change this to 1 adult as some rooms are cheaper if you’re just travelling as 1 person.

Is Portugal a good solo destination for women?

Statistically, Portugal is one of the safest countries in the world. Although pickpocketing is a problem in some touristy places, violent crime, burglaries, and other things that are a concern in other parts of the world aren’t common here.

Of course, you should still always be careful. Here are some tips for solo female travel in Portugal.

Other tips for staying safe in Portugal (both men and women)

Meeting people on the road is always a challenge, regardless of whether you’re visiting Portugal or anywhere else. Often, though, it’s just about staying in the right places and doing the right activities.

The following are just a few tips for meeting people while travelling in Portugal.

If you’re visiting cities like Lisbon and Porto, you’ll find plenty of events where you can meet other locals and travellers (especially Lisbon). Meetup.com is the first place you should look, but there are also regular meetups listed on couchsurfing as well – especially Lisbon where there’s a weekly Couchsurfing meetup.

Outside of Lisbon and Porto, it’s going to be hard to find organised meetups and you’ll probably need to resort to some of the other tips below.

Go on a (walking) tour

Most big cities in Portugal have a free walking tour and these always attract plenty of other solo travellers. After the tour, everyone is usually hungry and often someone will take the initiative to ask if anyone else wants to get something to eat. It doesn’t always happen, but it happens enough that it’s worth going on a lot of walking tours (plus you’ll probably learn something from the guide).

There are other types of tours and activities, like Portuguese cooking classes for example, but a lot of those tend to attract more couples than singles.

Other tours where you’re likely to meet solo travellers:

Go on an activity holiday

Whether it’s a yoga retreat, an intensive Portuguese language course, or a walking holiday, there are plenty of ways that you can visit Portugal as part of an organised trip. With the exception of silence retreats, these can be a very good way of meeting people, seeing Portugal, and trying something new at the same time.

Note: you don’t have to go on an activity holiday for the entire time you’re in Portugal. It can just be for a few days.

Lisbon, Porto, and the Algarve (especially Lagos and Faro) are the most popular destinations for solo travellers visiting Portugal. These are all worth visiting, and these will be the places where you’ll probably do most of your socialising.

Depending on how off the beaten track you go, you may struggle to meet other solo travellers in other parts of Portugal. You will probably meet plenty of other people if you travel to other cities like Braga, Guimarães, or Évora, and if you stay in a hostel during the summer months, but you may struggle if you go to some of the smaller towns and villages in Portugal and more so if you travel off-season.

Those spells on your own are some of the best bits of solo travel and, because Portugal is so safe, it’s somewhere where you can go and just be by yourself without too many safety concerns. Just make sure you do the majority of your socialising when you’re in the more popular destinations so that you can appreciate the quieter stints.

FAQs about solo travel in Portugal

Yes, both buses and the trains are both safe. Obviously, you should still be careful with your belongings etc., but both the trains and buses are somewhere that you should feel comfortable travelling on.

Tip: If you’re feeling antisocial, you can book a single seat in first class on some of the trains (and it only costs slightly more).

Yes, taxis are safe in Portugal. They’re also very affordable, and (apart from some unscrupulous airport taxi drivers), usually only slightly more expensive than an Uber.

Is Portugal a good destination for older solo travellers?

Although this is definitely a country where you’ll be comfortable travelling alone, another option would be to consider a group holiday for solo travellers. An an example: justforyou.co.uk, a UK-based solo travel company aimed at travellers aged 50+, organises several trips to Portugal per year.

Hi, I'm James. I'm the main writer at Portugalist, and the guy who set it up. I started Portugalist because I felt there was a real lack of good quality information about Portugal and I wanted to change that. I lived in several parts of Portugal, like Lisbon and the Algarve, and I even spent 5 years living in the North of Portugal as a kid. Since returning to Portugal as an adult, I've visited every part of Portugal.
About this article
This article was first published in June 2019. It was last updated on May 24, 2020.
Corrections & Suggestions
We try to keep articles as up-to-date and as error-free as possible so, if you spot a mistake or have a suggestion for the article, please let us know.
How Portugalist earns money
This article may contain affiliate links. This basically means that Portugalist might earn a commission if you choose to make a purchase through the links in this article. This is at no additional cost to you and it does not affect our editorial standards in any way.
Portugalist.com is a participant in the Amazon Services LLC Associates Program, an affiliate advertising program designed to provide a means for website owners to earn advertising fees by advertising and linking to Amazon (.es, .co.uk, .de etc) and any other website that may be affiliated with Amazon Service LLC.

3 thoughts on “20+ Tips for Travelling Solo in Portugal”