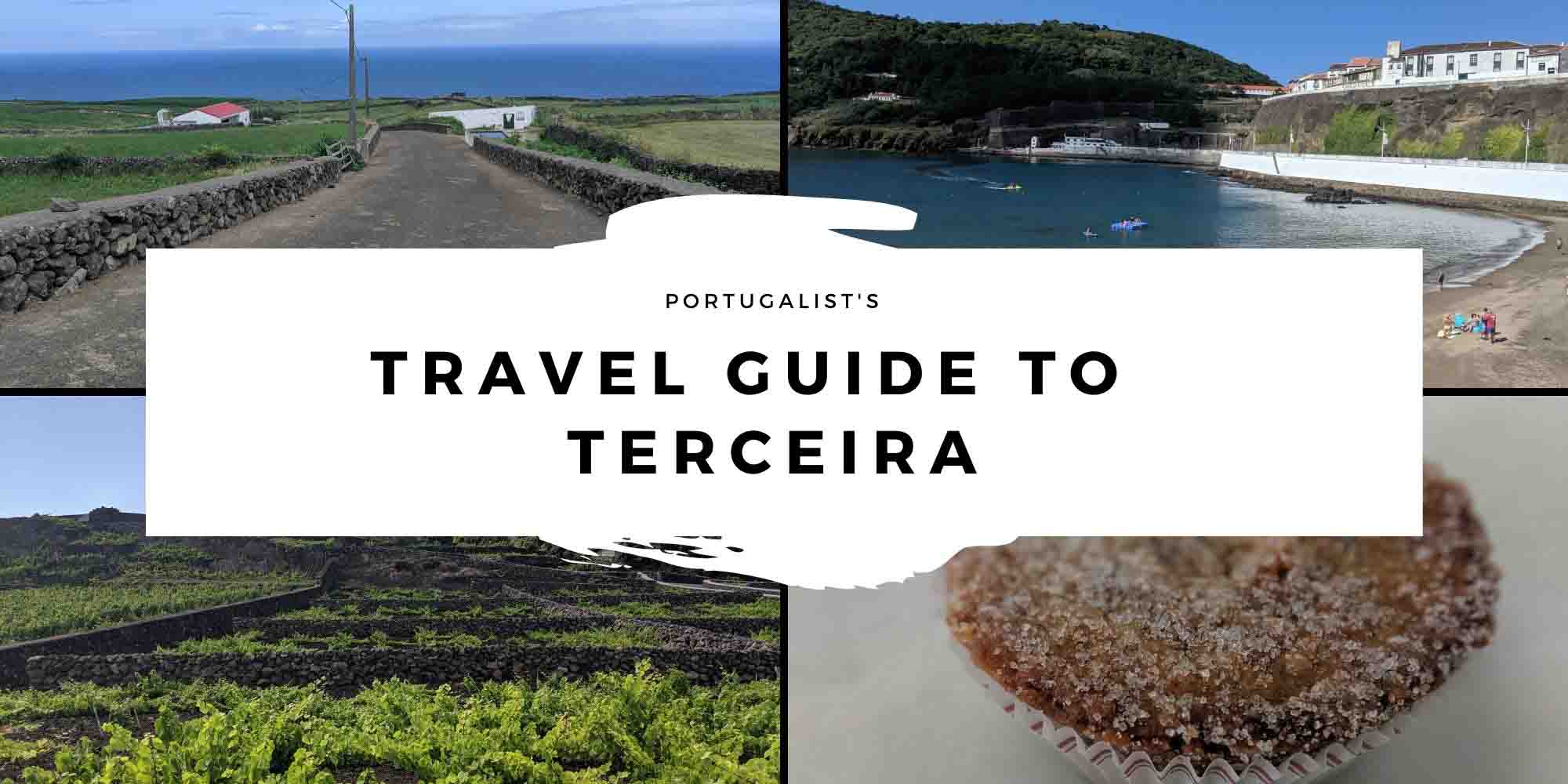 Miradouro da Serra do Cume offers one of the best views on the island, with the fields below looking like a patchwork quilt. On a good day, you can see all over the island and it’s a spot that’s definitely worth visiting if you have a car.

Monte Brasil is a beautiful green area with several walking routes that take you to the top. Deer roam freely throughout, and many are quite tame so you can get up close to them.

The neighbourhood of biscoitos is famous for being home to Terceira’s wine production. It’s also home to some great natural swimming pools, which are perfect for cooling off in on a warm summer day.

2 thoughts on “Caves, wine, & cakes – A travel guide to Terceira”