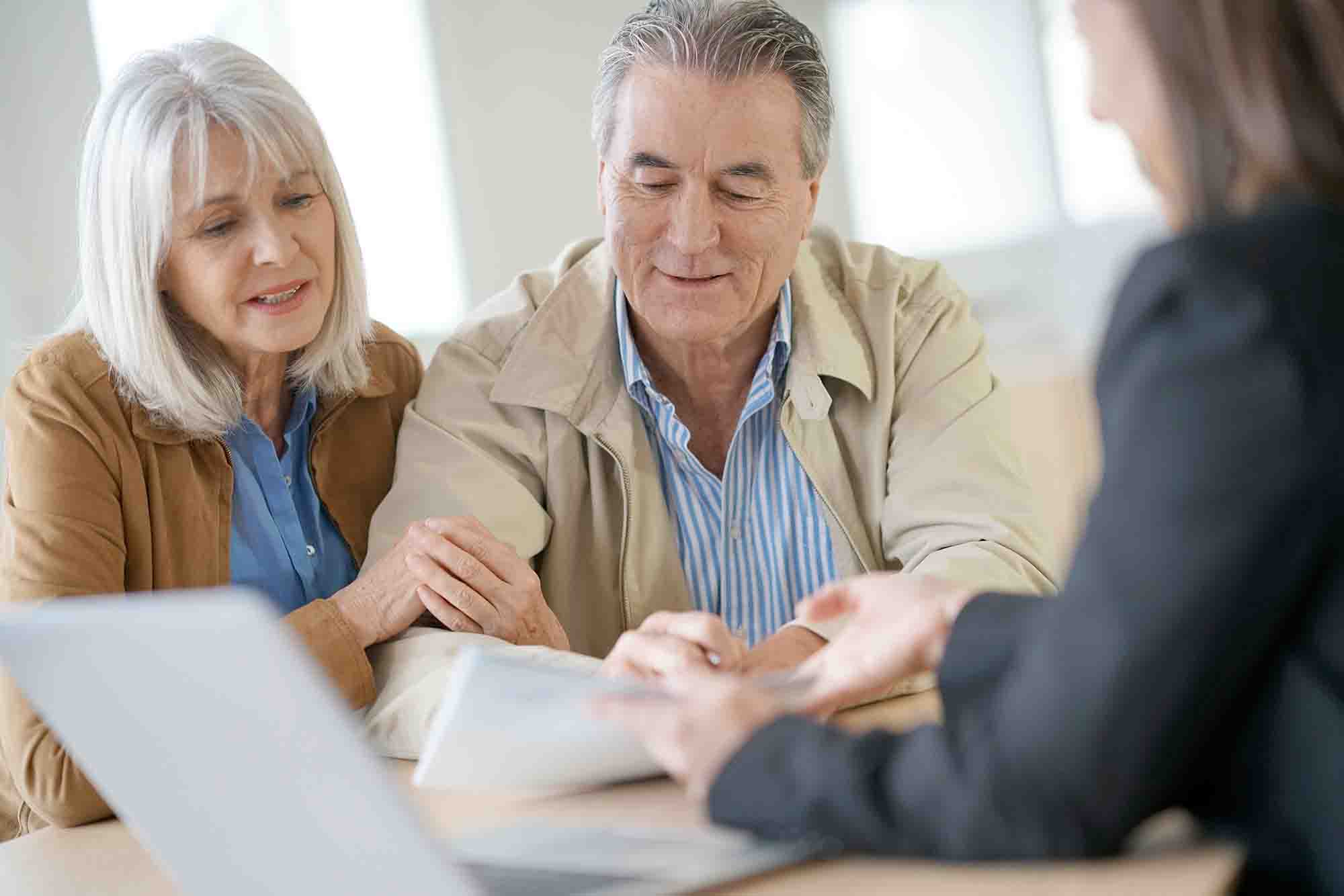 With its beautiful beaches, warm weather, and fantastic food, Portugal has long been a popular destination for British retirees. UK pensions have the power to go further in Portugal than in the UK, thanks to Portugal’s lower cost of living. But, if you’re relying on a pension to fund your retirement, it’s important to understand just how far you will go and what you can do to take advantage of the different tax rules in both the UK and Portugal.

Note: This article discusses UK pensions specifically. While there may be some overlap, the information may not apply to pensions from other countries.

Where will I be taxed? And how much?

Portuguese residents normally pay tax on their worldwide income, including their pensions, which means, if you move to Portugal, your pension will likely be taxed in Portugal – and not the UK. There are exceptions to this, such as pensions where the UK state was the employer. Someone who worked as a policeman, for example, will likely pay tax on that pension to the UK tax office rather than the Portuguese one: “civil service or government pensions…are solely taxable in the country of origin in most cases” [1]https://www.eurofinesco.com/en/our-publications/pensions/35-e19-taxation-of-pensions-a5-tablet-colour-cover-9th/file.

However, most people living in Portugal will pay tax in Portugal. This can either be under Portugal’s standard income tax rates or the NHR tax regime, which is a 10-year scheme aimed at encouraging people to move to Portugal. Under this scheme, most people will pay a flat rate of 10% tax on their pension. If you opt for the standard rates of tax, the rates increase progressively from 14.5% to more than 48%.

Overall, the majority of people opt for the NHR rates, if only for a slightly easier calculation. That said, it’s important to do the maths and work out which is best for you.

Should I move my pension?

Another question to ask is whether you should move your pension abroad or keep it in the UK.

Although keeping your pension in the UK is often the easiest option, if you’re looking to get the most out of your retirement income, it’s important to weigh up whether you should transfer it abroad. This could be to a “Qualifying Recognised Overseas Pension Scheme,” [2]https://en.wikipedia.org/wiki/Qualifying_Recognised_Overseas_Pension_Scheme [3]https://www.gov.uk/guidance/check-the-recognised-overseas-pension-schemes-notification-list or QROPS for short, alternatively an International SIPP, both of which a pension scheme that HMRC recognises.

According to Jason Swan from Holborn Assets, “the main reason to transfer a pension abroad is to increase the choice of investment options available to you. Put simply, there are more options outside of the UK than in the UK.

“Brexit has also changed the rules for expat pensions, particularly managed pensions. Post-Brexit, your financial manager needs to be based in the EU in order to give pension advice and to manage your pension on your behalf.”

However, transferring your pension abroad doesn’t necessarily mean transferring it to Portugal – other countries often offer better opportunities – and in order for your pension to qualify for the tax rates of the NHR regime, it needs to be considered “foreign-source pension income” [4]https://home.kpmg/xx/en/home/insights/2020/04/flash-alert-2020-192.html. Besides, there are no local providers on HMRC’s list of recognised overseas pension schemes (ROPS).[5]https://axis-finance.com/qrops-portugal-non-habitual-residence-scheme/[6]https://www.gov.uk/guidance/check-the-recognised-overseas-pension-schemes-notification-list#countries-m-to-r

In many cases you won’t pay any tax when transferring your pension abroad, but it’s important to understand the tax implications before agreeing to to any changes.

Option 2: Keep it in the UK

Keeping it in the UK is usually the easiest option and, depending on the size of your pension, may make more financial sense – there isn’t a right answer for everyone.

If you do decide to keep your pension in the UK, there are two smaller things to consider: bank accounts and currency transfers.

Since Brexit, a number of UK banks have begun cancelling current accounts belonging to expats living abroad. Many get around this by maintaining a UK address, either at a friend or family member’s house or by using a mail-forwarding service, but this may be something that they’ll need to review in the future should banks make further policy changes.

Another important consideration is currency transfers. Depending on whether you have your pension paid directly into a Portuguese bank account or it’s paid into a UK bank account and then transferred to Portugal, your money will need to be exchanged from pounds sterling into euros.

Every time you do this there’s a fee to pay, which varies depending from bank to bank or from one currency exchange service to another. The amount you get will also vary depending on how well the pound is performing at that time.

If you’re transferring from your UK account to your Portuguese bank account, you can probably save money by using a currency transfer service like Wise.com (previously Transferwise). Some people also keep an eye on the pound’s performance and transfer when it’s performing well, but as nobody can tell the future this is all a matter of speculation.

If you haven’t moved from the UK to Portugal yet, there are a few things to think about.

Take advantage of the 25% Tax-Free Withdrawal

Many pension schemes are eligible for the 25% tax-free withdrawal, which means that you can withdraw up to 25% of your pension as a tax-free lump sum [7]https://www.which.co.uk/money/pensions-and-retirement/options-for-cashing-in-your-pensions/should-i-take-a-lump-sum-from-my-pension-a7ch15b2sgly. Although withdrawing the money from your pension will mean that the money is no longer growing (unless you re-invest it elsewhere) it can make a lot of sense tax-wise.

This option is only available to UK residents, so it’s something you’ll need to think about before you leave the UK. Once in Portugal, you’ll most likely have to pay tax on a withdrawal. Under the NHR scheme, for example, most people will pay a 10% flat-rate of tax when withdrawing from their pension.

As well as withdrawing from your pension, you should consider withdrawing from your ISA or LISA, if you have invested in one. While these wrappers are tax-free in the UK, they’re not in Portugal and you’ll need to be a UK resident to take advantage of that tax-free withdrawal although you can leave them to grow if you’re planning on returning to the UK later on [8]https://www.gov.uk/individual-savings-accounts/if-you-move-abroad.

Think about Topping Up Your Pension

While some people may need to think about withdrawing from their pension before moving to Portugal, others, particularly those who don’t plan to move to Portugal for a few years, should consider topping up their pension. This could mean increasing your contributions in your workplace pension, which can be the best option if it’s pre-tax and comes with increased employer contributions, or contribution to a  self-invested personal pension (SIPP).

Besides growing your pension pot, another benefit is tax-relief: You get tax relief on contributions up to 100% of your yearly salary (up to a maximum of £40,000 per tax year for 2021-22) [9]https://www.which.co.uk/money/pensions-and-retirement/personal-pensions/contributing-to-a-private-pension-explained/tax-relief-on-pension-contributions-explained-a27f53z7qg3f. In practice, this means if you invest £8,000 into your pension, £2,000 worth of tax relief is added, meaning you contribute £10,000.

Over the years you may have contributed to a number of different pension schemes at different workplaces and it’s a good idea to chase them up and get a hold of the paperwork. The UK Gov’s pension tracing scheme can help. While it’s possible to get a hold of this information once you move to Portugal, it’s often faster and easier to do it all in the UK.

As well as making a list of all the different schemes you’ve contributed to, you may also want to think about consolidating your pensions into one. It’s definitely not essentially but, not only does this make it easier to manage all of your different pensions, but it may also allow you to reduce your costs by finding a cheaper pension provider [10]https://www.which.co.uk/money/pensions-and-retirement/personal-pensions/switching-providers-and-consolidating-pensions/should-i-combine-my-pensions-a79863g1pm14.