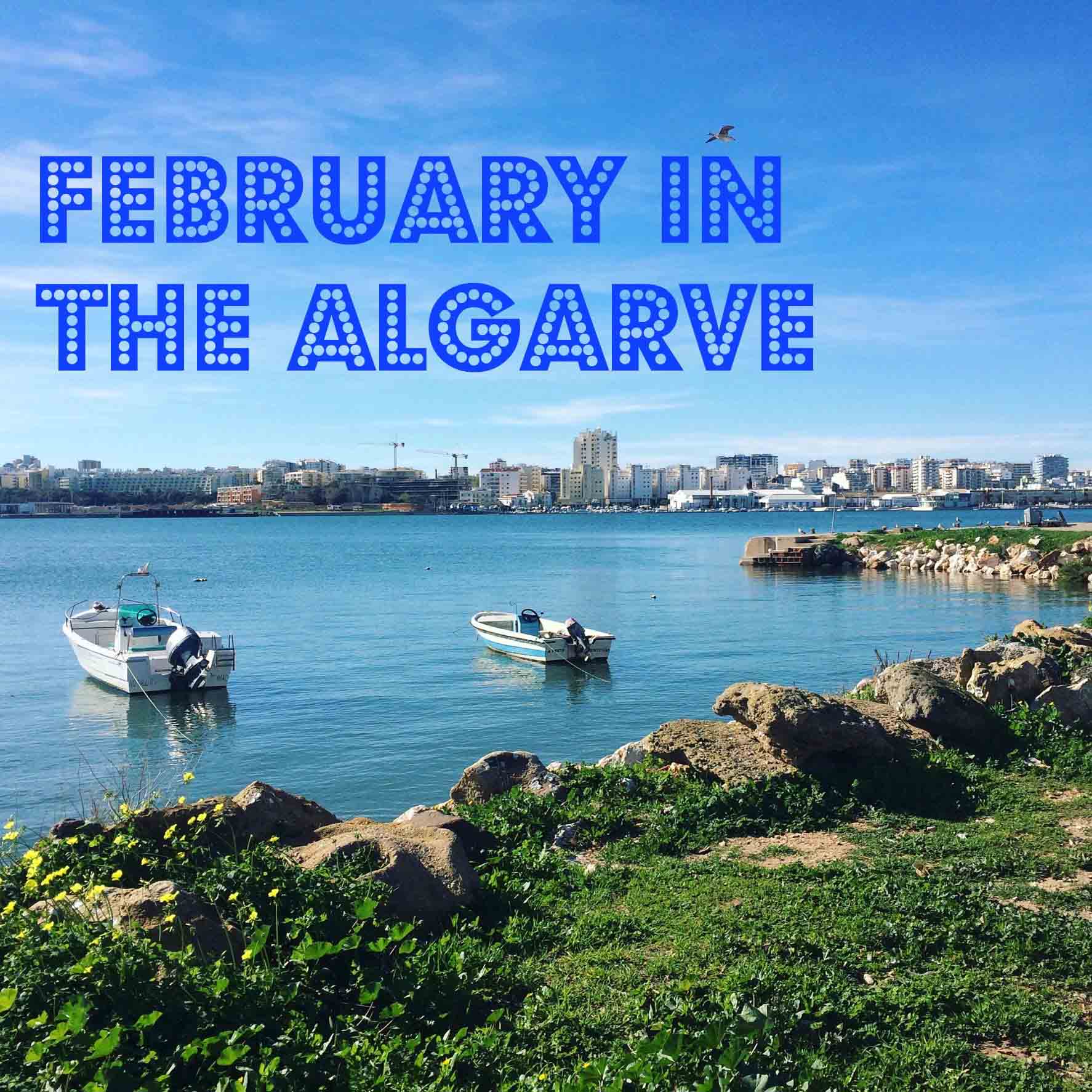 If you’re wondering where to find a bit of February sun, the Algarve is a fantastic choice. Mild weather, peace and quiet… what more could you ask from a winter break?

Reasons to visit the Algarve in February

For cheap hotels in the Algarve, booking.com is always a good place to look. For car rental, comparison sites like rentalcars.com are worth looking at.

What’s on in the Algarve in February?

Participants cover more than 690 kilometres in Volta ao Algarve, the region’s biggest bicycle race. If you’re not around to watch the cyclists go by, you can watch from home on Eurosport or ITV4.

Who needs Rio de Janeiro? The Algarve’s oldest carnival has a fantastic atmosphere, too. The three day event takes place over Shrove Tuesday and features plenty of dancing, street food and a parade with themed floats. Some can be quite political, so we’re excited to see what’s on display after Brexit and Trump.

Note: if Easter is late, Carnival will take place in March.

If you haven’t already broken that New Year’s Resolution, here’s the perfect opportunity to do so. Every year in February, Loulé hosts the Semana de Chocolate at Loulé market. Producers and exhibitors from across Portugal come and set up stall, offering some of the best gourmet chocolates for sale.

This event usually takes place in the second half of February. For more information, visit Loulé Market’s Facebook page.

Want to know what else is happening? Check out the month-by-month guide to what’s on in the Algarve for a complete list of events on the Algarve.

Weather in the Algarve in February

The average daytime temperature is 13°C, although it can rise up to (and beyond) 18°C. There are only five days of rainfall on average for the whole month, so you’d have to be pretty unlucky to arrive during a week with poor weather. It’s generally warmer down by the coast, although we wouldn’t recommend swimming in the sea (a chilly 14°C at this time of year).  Sunshine is bright, and you can expect six hours of it a day on average.

Have you visited the Algarve in February? What did you think? Would you come back? Share your thoughts and reviews or ask a question by leaving a comment below.

Hi, I'm James. I'm the main writer at Portugalist, and the guy who set it up. I started Portugalist because I felt there was a real lack of good quality information about Portugal and I wanted to change that. I lived in several parts of Portugal, like Lisbon and the Algarve, and I even spent 5 years living in the North of Portugal as a kid. Since returning to Portugal as an adult, I've visited every part of Portugal.
About this article
This article was first published in January 2017. It was last updated on May 20, 2020.
Corrections & Suggestions
We try to keep articles as up-to-date and as error-free as possible so, if you spot a mistake or have a suggestion for the article, please let us know.
How Portugalist earns money
This article may contain affiliate links. This basically means that Portugalist might earn a commission if you choose to make a purchase through the links in this article. This is at no additional cost to you and it does not affect our editorial standards in any way.
Portugalist.com is a participant in the Amazon Services LLC Associates Program, an affiliate advertising program designed to provide a means for website owners to earn advertising fees by advertising and linking to Amazon (.es, .co.uk, .de etc) and any other website that may be affiliated with Amazon Service LLC.