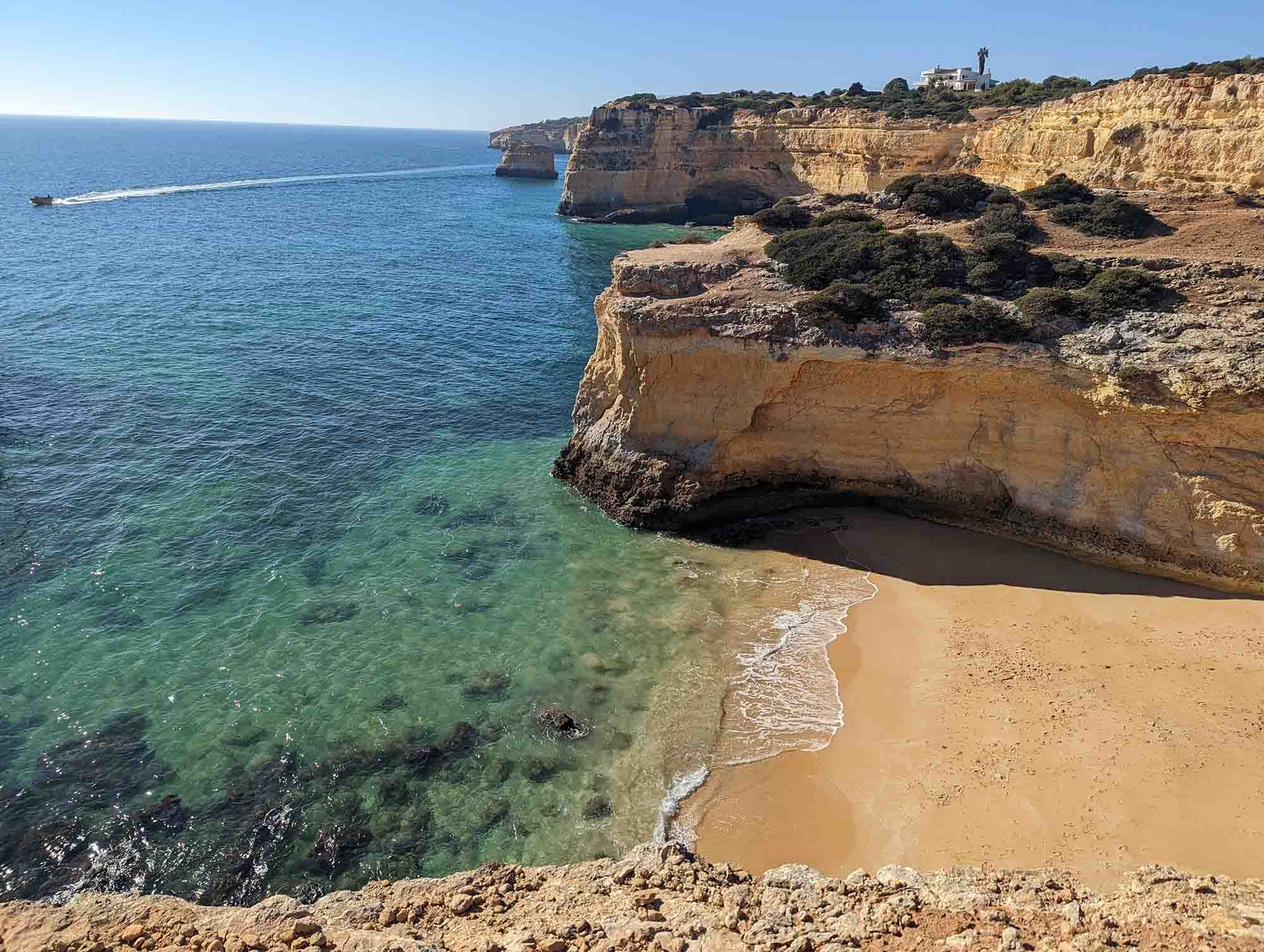 For many people moving to Portugal, one of the biggest draws is the weather. However, it’s important to understand that, despite its small size, the weather in Portugal can vary considerably from region to region. That does mean you may need to do a little more research before settling anywhere but, on the plus side, it means that there are different options depending on whether you’re looking for heat or something a little milder.

Tip: If weather is a factor but you’re not sure where you want to live yet, consider adding those destinations to the weather app on your phone. If you’re not sure, for example, whether Porto will be too cold in the winter, watch it for a few months, comparing it to the likes of Lisbon, Faro, and Évora to see what the different options are. Just be aware that while weather apps may know what the temperature in Lisbon and in Porto is, they may only have one source of data per area and may not know, for example, the true difference between the weather in Lisbon and a town nearby.

Which is the best weather app for Portugal? That’s a subject for debate. The official resource is the IPMA, which also has an app for Android and iOS devices. Some prefer Accuweather or Google, which typically takes its data from Weather.com. Those on the islands and near the coast often use WindGuru. No app is perfect and for the purposes of this planning exercise you just want a rough idea, just about any app will do.

For many people, particularly those coming from colder countries like the UK, Germany, and the Netherlands, the appeal of Portugal is the good weather.

For the best weather, the general rule is to head south. The Algarve, in particular, is popular as it not only has some of the warmest temperatures in Portugal but some of the best beaches for enjoying that weather. An increasingly popular choice, particularly as the cost of properties in the Algarve continue to rise, is the region directly above the Algarve: the Alentejo. However, note that the inland regions of the Alentejo (close to Spain) can get extremely hot in summer. And although it’ll always be a few degrees cooler than the Algarve, Lisbon and the surrounding towns and cities like Setúbal, Costa da Caparica, Estoril, Cascais, and Ericeira still have fantastic weather, both in summer and winter, and are very popular with people moving to Portugal.

It’s worth noting that even though there’s an average temperature across somewhere like the Algarve, there are variations in temperature and microclimates to consider. Temperatures are normally slightly higher in the east of the Algarve, for example, and it’s said that the sea here is slightly warmer than on the West Coast as well. Parts of Portugal’s west coast, whether on the Algarve or elsewhere, are also known for being windy -– a wonderful thing for surfers and watersports enthusiasts, but maybe not ideal if you just want to lie on the beach. Basically: pay attention to microclimates as well as the broader climate of a region.

Although most people pick Portugal for the weather, warm weather isn’t for everyone and some people like their weather a little milder.

The weather in the Azores doesn’t get too hot either, but the maritime subtropical oceanic climate is much more variable. Although the weather will change every few hours, and it can get quite stormy, temperatures rarely get above the mid twenties.

For those that wish to stay on continental Portugal, it’s best to head north and to stick close to the coast. Although the north has plenty of sunny days and warm summers, the lush, green surroundings will give you an idea of just how cool and wet it can get. In fact, it’s said that it rains more in the North of Portugal than it does in the UK.

But remember to stay close to the coast. If you head to Trás-os-Montes, for example, you’ll get what the locals describe as “Nove Meses de Inverno e Três Meses de Inferno” (nine months of winter and three months of hell).