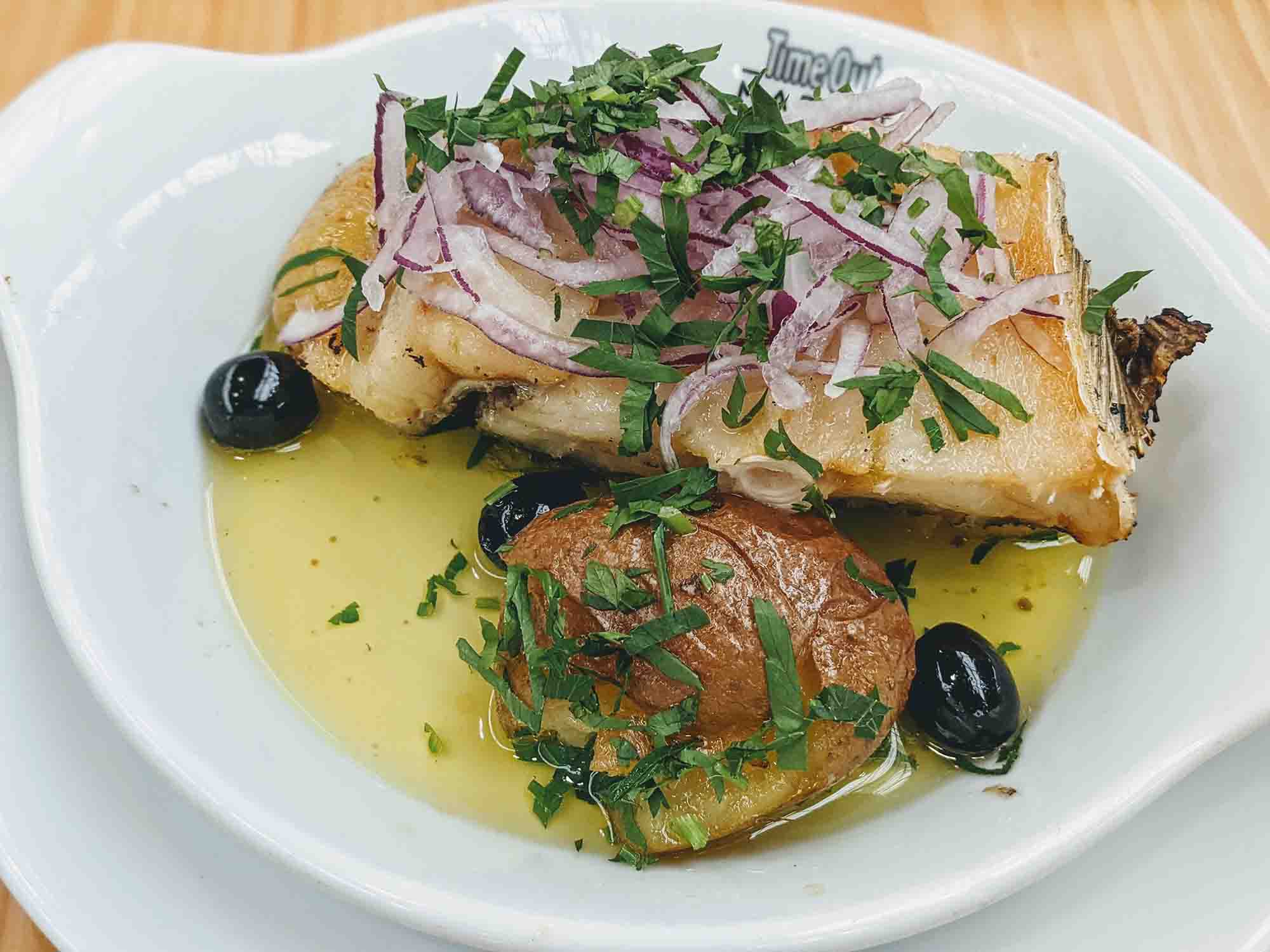 Thankfully, those that are solely gluten free don’t need to face traditional Portuguese restaurants with the same fear that a vegan or vegetarian might. Skip the couvert, definitely, which is typically a basket of bread and an assortment of butters, sardine pastes, and options like ham or cheese. This often gets put out on the table while you’re reading the menu, but you can say no and send it back. Alternatively, you could just pick the bits you want such as the olives (azeitonas), and, if it includes them, marinated carrots (cenouras à algarvia), ham, and cheese. Just let the waiter know the situation and he or she will let you know what’s available.

Most main dishes in Portugal are gluten-free as rice and potatoes are more commonly used, but it’s always a good idea to check just in case anything has been added to the recipe. Note: if you’re avoiding gluten simply to avoid carbs, ask if they’ll substitute the rice, potatoes, beans, and sometimes all three, for a salada mista (simple salad) instead.

Examples of very typical Portuguese dishes that you could order include:

A few main dishes that you should avoid include:

Desserts and sweets are a little easier. Unfortunately, the beloved pastel de nata isn’t naturally gluten free, although there are some bakeries that have gluten free options, such as Pastelaria Zarzuela in Lisbon. Typical Portuguese desserts that normally don’t contain gluten include:

As always, it’s a good idea to check as recipes vary from restaurant to restaurant. Most waiters will speak English, particularly in places like Lisbon and the Algarve.

Self-catering is always much easier, regardless of the dietary requirement. Portuguese supermarkets and markets normally have a fantastic selection of fresh fruit and vegetables, meat, and fish. Increasingly, they also have a few gluten-free items as well. Pingo Doce, one of the main supermarkets, has a useful catalogue of all of its gluten free products as does Auchan, although Auchan’s gluten-free catalogue is mainly bakery focused. These days, most supermarkets, especially larger supermarkets, will have a health food aisle where many of the products will be gluten free. There are also some specialist health food supermarkets, such as Celeiro, although these are mainly only available in cosmopolitan parts of the country.

Never assume something is gluten-free because it is elsewhere. One surprise that Jodi from Legal Nomads spotted is the Paladin mustard common in Portugal, although this mustard is normally used for bifana and prego sandwiches, which obviously contain wheat anyway. Just in case, be sure to read the back of the packets. Some helpful words to know are farinha (flour), pão (bread), trigo (wheat) and glúten (gluten). Sem glúten means gluten free.