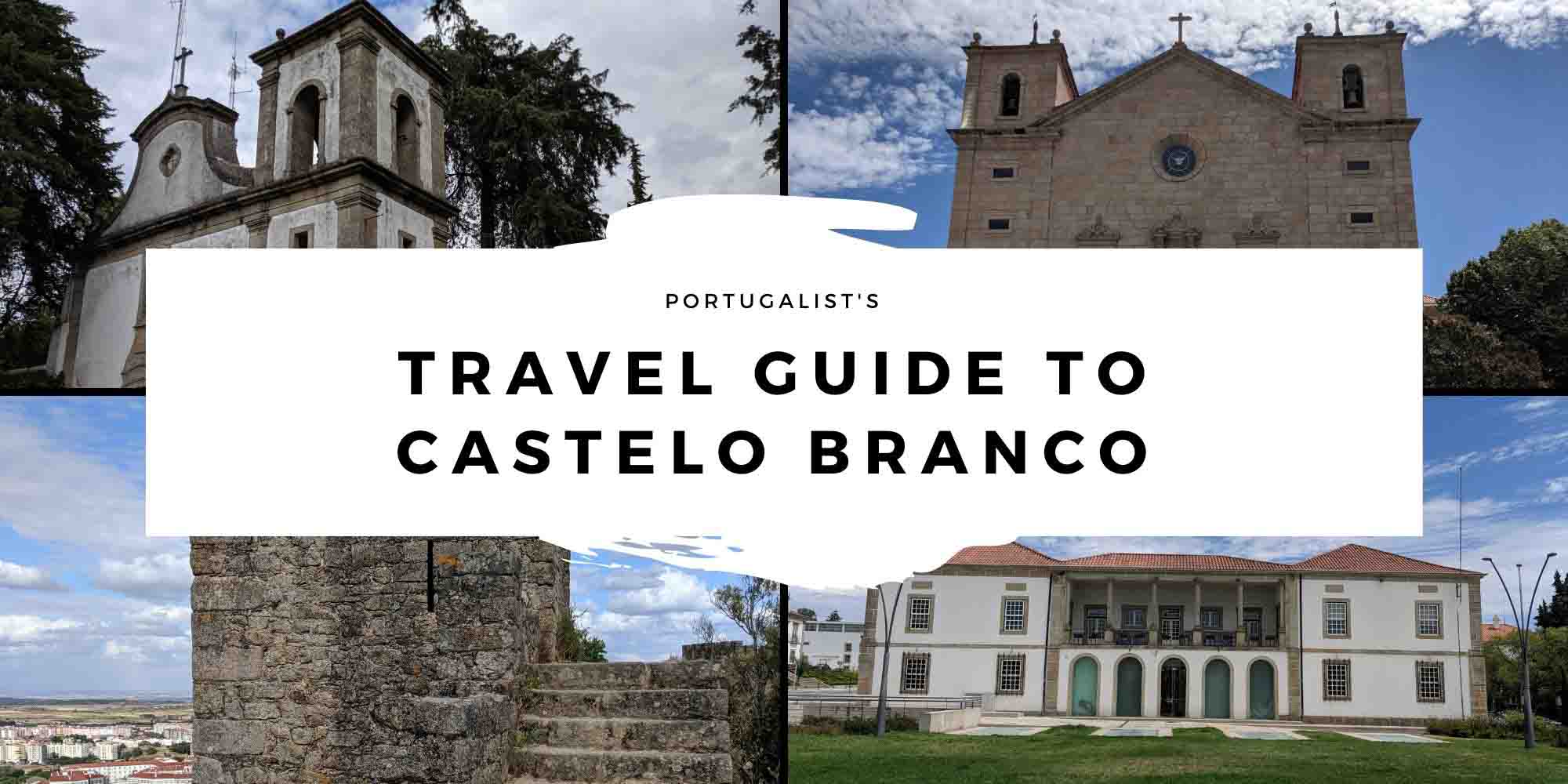 I didn’t know much about Castelo Branco before visiting other than its growing popularity as both a mini tech hub – some jokingly refer to it as Portugal’s Silicon Valley – and a popular place for expat retirees due to its low housing cost. While the city didn’t particularly win me over, the surrounding Castelo Branco region did and I’ll definitely be coming back explore more of this part of Portugal.

Castelo Branco isn’t a city that’s on the tourist trail, and there are two main reasons for that. Firstly, it’s a little out of the way. Although the drive from Lisbon only takes around 2.5 hours, it is the other side of the country from Lisbon, Porto, Coimbra, Aveiro, and all of the other popular places to visit.

Secondly, there just isn’t that much to see and do in Castelo Branco. There is a castle obviously, and there are other attractions like museums, churches, and the Bishop’s Palace Gardens, but there probably isn’t enough to make The City of Castelo Branco really stand out.

The Region of Castelo Branco is a different story, however. There are a lot of interesting towns and villages in the area including Monsanto, Idanha-a-Velha, and Belmonte. All of these are worth making a special trip for, along with any of the other villages included in Portugal’s “historical villages” designation.

Of course, not being on the tourist trail isn’t necessarily a bad thing. While it does mean that there isn’t a huge number of things to see and do, it also means that the city has not been overrun with tuk-tuks and tour groups. If you’re looking to see a fairly authentic Portuguese city, Castelo Branco is definitely somewhere to consider.

It was commissioned by Bishop João de Mendonça in the 18th Century, and is designed in a Baroque style with five lakes, neatly-trimmed hedges, and themed areas.

There are lots of granite statues of saints, apostles, lions, and monarchs. Interestingly, any statues of Spanish kings – who ruled Portugal for a period of 60 years – are smaller than any of the Portuguese ones.

Castelo Branco is named after the castle which sits on the hill above the city. Surprisingly, given the name, the castle isn’t actually white although it’s said that it can look white when the sun hits the stone.

The castle itself is worth visiting if you’re in Castelo Branco, but it definitely isn’t Portugal’s best surviving castle: one tower remains along with some sections of the walls. As it’s located on a hill, you get a view over Castelo Branco and the surrounding region.

The streets around the castle are also interesting to wander through. Narrow and cobbled, they are a world apart from the more modern vibe that most of Castelo Branco has. The city wall is such a part of this city’s makeup that some houses have actually built off the wall and use it as one of the walls in their house.

To get to the castle, just follow the signs up the hill.

The Centro de Interpretação do Bordado de Castelo Branco is a small museum that focuses on Castelo Branco embroidery, a key industry for the city – particularly in times gone by.

The centre takes you through all aspects of Castelo Branco embroidery, including sowing the flax, weaving, embroidery, and its commercial aspects.

Castelo Branco, in particular the surrounding region, has a few of its own typical dishes that you’ll find in restaurants around the city.

A few dishes to look out for include:

Á cabreira, another popular regional cheese, is typically made in Fundão.

Crusty, meat-filled pies. These can be a little hard to find.

While more typical of the Central Portugal region than Castelo Branco itself, Papas de Carolo is one dish that you might come across in Castelo Branco. The dish is a kind of porridge that’s similar to arroz doce, a more common Portuguese dessert.

While there is good public transport to Castelo Branco from other parts of Portugal, including Lisbon and Porto, having a car is pretty much essential if you want to visit nearby towns like Monsanto, Idanha-a-Velha, and Belmonte.

There are car rental companies in Castelo Branco so, if you don’t plan to rent a car at the airport, you could rent one from one of these companies just for the time that you’re in this part of Portugal.

As mentioned, a car is a necessity if you want to visit some of the towns and villages in the Castelo Branco district. Most people hire a car at the airport, but it’s also possible to rent one in Castelo Branco city centre as well.

Castelo Branco has both a train and a bus station, so it’s very easy to get here from just about anywhere in Portugal.

While the train route to Castelo Branco is quite scenic, and definitely more scenic than the bus route, on this particular route the bus is often faster than the train.

The bus is often the fastest and cheapest way to get to Castelo Branco, particularly as the train line only connects to certain parts of the country.

For the city of Castelo Branco itself, a day is more than enough. You could even cover the main attractions (the castle and the gardens) in less than half a day.

For the towns and villages in the surrounding region, however, you will need more time – at least 2 days to get around places like Monsanto, Idanha-a-Velha, and Belmonte (and that’s assuming you’re driving).

When’s the best time to visit?

The most ideal time to visit Castelo Branco is probably June or September, when it’s warm but not too warm. The city doesn’t suffer from the swarms of tourists that Lisbon and Porto suffer from, so that shouldn’t be a concern if you plan to visit in July or August either.

It’s best to avoid winter if you can as it can be cold, damp, and wet in Castelo Branco (like a lot of Central and Northern Portugal).