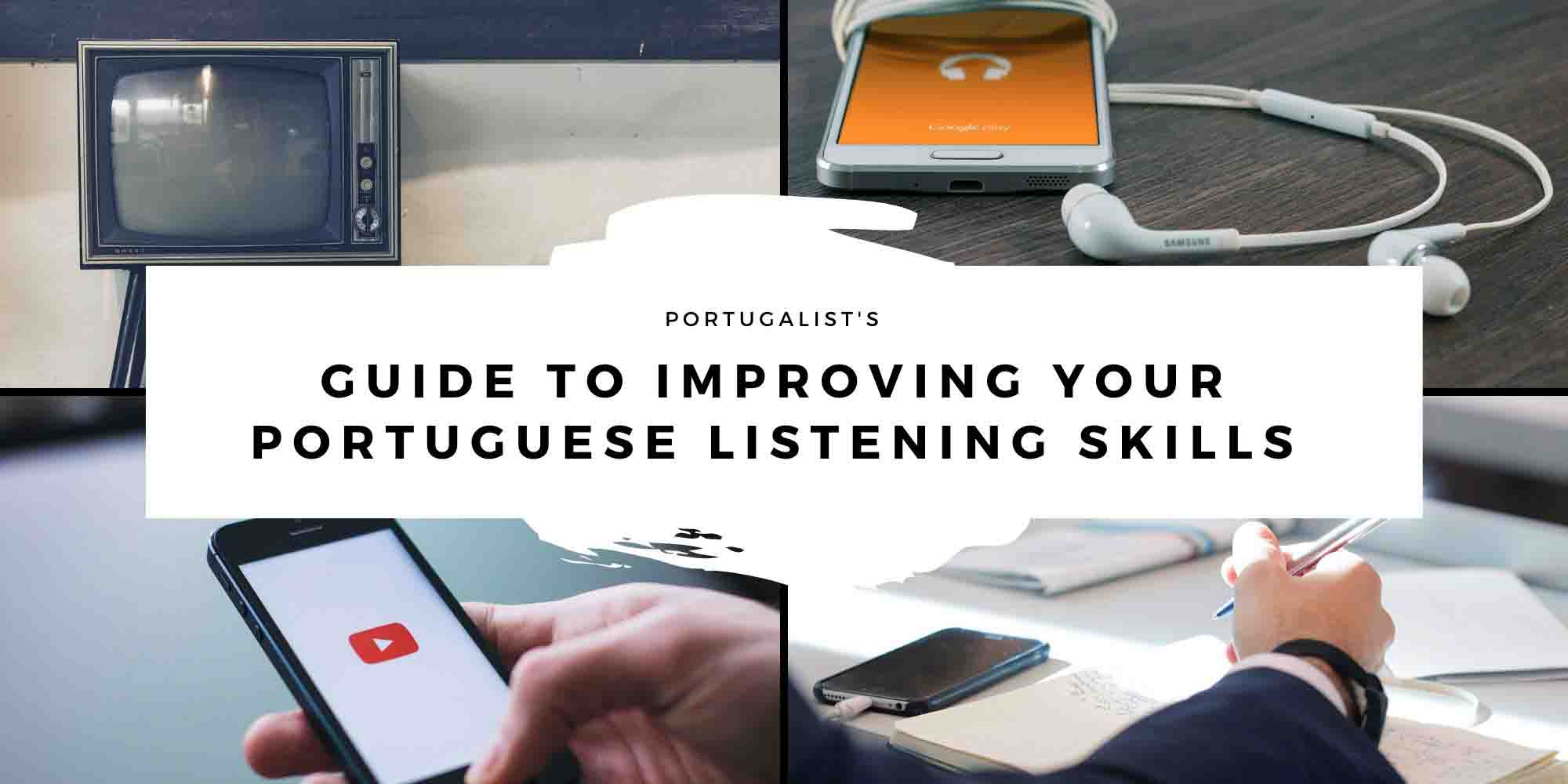 This happens to everybody!

Learning to read another language is the easiest part. Listening is the hardest part and speaking and writing fall somewhere in between.

There are a few reasons for this. Firstly, listening is a skill in itself and it’s something that most people don’t practice. Secondly, when we read and learn new words, we don’t necessarily learn them quite how they’re spoken.

This is especially true of European Portuguese where the Portuguese are said to “swallow” their vowels. Brazilians, in contrast, stretch them. That’s why people usually have a much easier time understanding Brazilian Portuguese – they pronounce their words clearly.

The only solution: lots and lots of listening practice.

But while listening to Portuguese radio, for example, is good for passively getting familiar with the language, what you really need is audio or video with subtitles in Portuguese.

How to practice listening

There are several methods for learning a language by listening, and one of the most effective is dictation.

It’s hard, it’s boring, and it’s a slog, but it’s effective. Not only are you practicing listening, but you’re practicing writing as well (you’ll see just how bad you are at spelling in Portuguese as well).

Reading and listening is a lot more effective than just reading, particularly in the beginning.

Why? Because in the beginning we pronounce the words in our head as we assume they’re pronounced. And, generally we get it wrong.

Thankfully, this article is here to make things a little easier for you.

Practice Portuguese is a podcast dedicated to European Portuguese that has hundreds of conversations, short and long, in Portuguese. The conversations usually focus on topics and contain vocabulary that you’ll need in your day-to-day life, which is definitely important when you’re just starting out.

While it’s free to listen to the podcast, you’ll need to become a paid member to get access to the transcripts (as well as some other features).

Portuguese From Portugal is a podcast aimed at Portuguese language learners that includes the transcript for free.

The content is much drier, very simply because the narrator reads out a piece of text from Wikipedia, but did I mention it’s free?

As well as the text and the audio, there are also some quizzes at the bottom of the page to test that you understood the text correctly.

Say it in Portuguese

Say it in Portuguese is similar to Portuguese from Portugal: it provides both the audio and the transcript for free.

The podcast focuses more on Portuguese sayings, which are obviously useful to learn as well.

Easy Portuguese is a YouTube channel where people the presenters go and out and chat to random people on the street. The videos are posted on YouTube, and there’s always a transcript of the conversations as well.

TED Talks are normally in English but at TEDx, its grassroots shootoff, speakers normally speak in their native language. There have been TEDx conferences all over Portugal such as TEDxLisboa, TEDxPorto, and even TEDxLagoadasPatas on the island of Flores in The Azores.

The videos are normally uploaded to YouTube and some of them are subtitled as well.

The following TEDx videos have subtitles in Portuguese:

Some Portuguese TV shows, including a few soaps and a few documentaries, have subtitles in Portuguese.

Unfortunately, the TV shows that do have subtitles aren’t necessarily the best shows on Portuguese television but there’s still a good selection of things that you can watch.

There are countless lyrics websites online, and they even have the lyrics for most popular Portuguese songs as well.

Using music to practice listening has its downsides in that it isn’t how people speak, the lyrics can be repetitive, and some songs have large chunks where there are no lyrics.

Still, it’s free and easy, and it’ll introduce you to a few Portuguese bands and singers as well.

To get you started, here’s are the lyrics for some singers and groups (and usually accompanying YouTube videos as well).

An audio tour of Fernando Pessoa’s Lisbon, this podcast from FernandoPessoaTour.com contains both spoken audio and an accompanying transcript.

As well as improving your Portuguese, you’ll also learn a little more about both Lisbon and Fernando Pessoa.

Audiobooks aren’t very common in Portugal, so finding an audiobook that’s narrated by a Portuguese speaker from Portugal is very challenging.

The other problem with audiobooks is that you usually have to buy the print book in order to have the transcript, and this makes it very costly.

If you do want to give audiobooks a try, however, some books to get you started are: