Skip to content
Portugalist > Latest Articles > Living in Portugal > Money & Finance > Cost of Living in the Algarve: The Breakdown 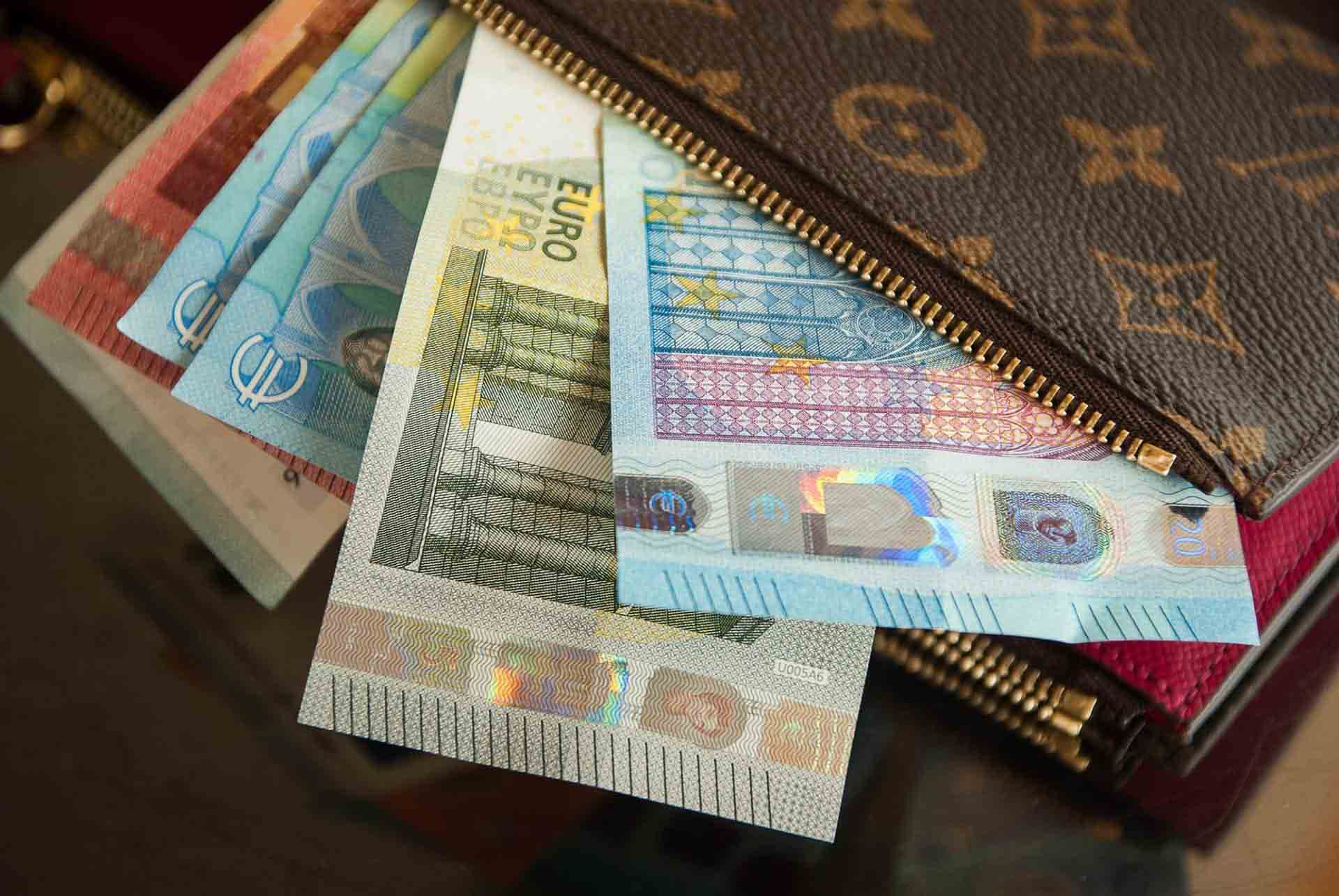 The Algarve is a great place to live. More than 300 days of sunshine, beautiful beaches, and a laid-back culture making it a popular place to move to.

The cost of living in the Algarve is also very affordable, particularly when it comes to food and drink. It’s possible for a couple to live in the Algarve on €800 – €1,200 per month, although outgoings obviously vary from person to person: some live on less but some live on a lot more.

Rental costs in The Algarve

The Algarve can be a very affordable place to rent. Monthly rental prices start from around €300 for a basic 1 or 2-bedroom apartment, and there are many apartments in the €400-700 range. You can get a better idea of rental prices by browsing the rental section of the major classifieds websites in Portugal (see: renting long term in the Algarve).

Rental prices are often cheaper inland, away from the touristic coastal towns, but this isn’t necessarily always the case. You can often find affordable rentals along the coast.

Renting during the summer is possible, but it’s easier if you try to get the long-term rates if you start renting a few months before the peak tourist season begins.

Renting for just a few months

Airbnb is a good option for short term renters who only plan to be in the Algarve for a few months. You’ll pay slightly more than you would if you rented privately or through an estate agent, but you won’t be in a six-month contract and your bills will be included.

Some estate agents or landlords will also rent on a shorter term basis, particularly during the winter months as they will have summer rentals that would otherwise be left empty.

Where to live in the Algarve

Where should you live in the Algarve? It depends on what you want.

If you’re looking to live in a city, Portimão and Faro are the two largest cities on the Algarve. Faro is the prettier of the two and has more to offer tourists; Portimão is more of a functional city. Neither are particularly big: both have a population of around 50-55,000.

Those interested in surfing (or learning to surf) should consider Lagos, Sagres, or anywhere close to the West Coast as this is where the surfing takes place. Sagres is small and primarily made up of surfers, whereas Lagos attracts a variety of different people.

Beaches are plentiful across the Algarve. If you have a car, you don’t need to limit yourself to living in one of the coastal towns like Albufeira or Carvoeiro. Living inland will often be cheaper and is typically less touristy. If you don’t plan to bring a car with you, you’ll probably want to live closer to the coast.

Walkers and hippies (for want of a better word) both tend to like Monchique (the Algarve’s mountainous region), Lagos, and the West Coast.

Eating out in The Algarve

Eating out in Portugal is also very affordable, especially when compared to most other European countries. At a traditional Portuguese restaurant in the Algarve, a main meal usually costs between €8-13.

It’s possible to eat for less than that, especially if you go to a non-touristy restaurant. Many charge less than €10 for a menu completo (starter, main, dessert, and drink). Piri-piri chicken and other affordable dishes are often prices at around €5-7.

Most Portuguese cafes also serve food, and they’re a good place to try traditional Portuguese mains and snacks. A bifana (pork sandwich) usually costs around €1.50-2.50 and a burger or daily special will cost around €5.

Of course, those are for the more traditional but less luxurious restaurants. The Algarve has restaurants to suit every taste and budget and, as well as the restaurants above, it has plenty of more expensive international, fine dining, and multi-Michelin star restaurants.

The cost of food and drink in the Algarve is extremely affordable. Expect to pay around €20-40 for a couple’s weekly shop (less if you’re vegetarian or vegan). The Algarve’s many markets are great value for money, and often have better quality produce than the supermarkets as well.

Brits will find a lot of those hard-to-get products such as mince pies, gravy granules, and curry spices at Iceland in Algarve shopping. Although this shop is called Iceland, it actually stocks both Iceland and Waitrose products. It’s possible to do a weekly shop here, although it would run slightly more expensive than in a Portuguese supermarket like Pingo Doce, Jumbo, or Continente. Lidl and Aldi are both also handy for finding those hard-to-get German products. If you’re really stuck, Apolonia stock a lot of higher end products although they’re much more expensive than the other Portuguese supermarkets.

Alcohol is very affordable in Portugal. It’s often possible to find a good everyday bottle of wine for €2-3, although the average is probably closer to €4-5. Most of the supermarkets regularly discount the bottles and so it’s often just a case of stocking up whenever they do.

Transportation costs in The Algarve

Unlike Lisbon and Porto, you really do need a car in the Algarve. You can get around by train, and there is a bus network, but it will definitely limit your ability to see a lot of places easily.

You can either rent a car on a long-term basis, buy one, or bring your car with you to the Algarve (normally for up to six months). UK car owners, see our post on car insurance companies that offer long term car insurance for driving in Europe.

Alternatively, if you only need a car for occasional use, you could rent a car as and when you need it (either from Faro Airport, which often has the best deals on the Algarve, or your nearest rental company). Use Kayak.com or RentalCars.com to compare prices from all provides. As a guide, prices usually start at around €10 per day in the winter and €25-€30 in the summer.

Rail travel is extremely affordable in Portugal, especially long-distance. If you buy your train tickets more than a week in advance, you’ll get a discount of around 40-50%.

As an example, here are a few prices for single tickets.

Buses are another option, with a day pass costing around €3-4 on average.

Cycling is another alternative that’s slowly gaining popularity. Many bike hire companies will offer a long-term monthly rate. Alternatively, you can pick up a bike for a few hundred Euros from Decathlon (outlets in Faro and Portimão).

Utilities for a small apartment typically come to €100-150 per month, which covers things like electricity, gas, bins, and water. Of course, this varies depending on your usage. Summers in the Algarve are hot, for example, and you’re likely to have the AC on a lot.

Winters are generally mild but it’s worth noting that Portuguese houses can be cold in the winter, as they’re designed to get rid of heat. This isn’t true of all properties: if your house catches the sun in the winter it may stay reasonably warm.

Most AC units will have a heating function, but the heat doesn’t tend to stick around. Fireplaces tend to heat these properties best, and you’ll find that many of the houses (as opposed to apartments) have fireplaces.

Portugal has a public health service, which you can sign up for as a resident. Some people prefer to sign up for a health insurance plan, which will obviously increase your monthly costs.

If you’re visiting the Algarve on a short term basis, you will need some kind of emergency cover. European citizens are covered for a number of emergency treatments under the EHIC card scheme, but this doesn’t cover everything and travel insurance is always recommended.

Group language classes usually cost around €60-70 per month while one-to-one classes cost around €15 per hour on average. If you can’t find any classes in your area, consider booking lessons over Skype through Italki.

The Algarve is great for two things: beach and walking. Both of these things are free, which keeps the costs down even further.

Other fun things to do on the Algarve include learning to surf, fishing, and going on a vineyard tour.

If you like going out, this is very affordable (a beer costs €1 on average) although it’s more of a summer month activity. Excluding New Year’s Eve, the Algarve is very quiet during the winter months.

If you plan to stay in Portugal long-term, you’ll probably need a Portuguese bank account. Most Portuguese banks charge a monthly fee of between €5-€10, so you will need to factor that into your costs.

If your earnings or savings are in a non-Euro currency, it makes sense to pay attention to the currency fluctuations and to move your money at the most opportune moments. Sites like Wise (previously TransferWise) are also worth using instead of traditional banks, as these do not charge the same fees that banks do.

The Algarve isn’t quite the digital nomad hotspot that Lisbon or even Porto has become, but that doesn’t mean it’s a good place for remote workers, digital nomads, and freelancers. As there are only a few digital nomads and not much of a startup scene, this will be a quieter experience than staying in somewhere like Lisbon.

The Algarve VS other parts of Portugal

Although the Algarve is more expensive than other rural parts of Portugal, it’s more affordable than big cities like Lisbon and Porto.

The (Costa de Prata) Silver Coast north of Lisbon is often touted as an alternative and more affordable version of the Algarve, although it doesn’t have the same expat scene that the Algarve has. For some people, that could be a pro rather than a con. There’s also the Costa Azul (Blue Coast), near Setúbal and Sines, which is South of Lisbon.

It all depends on what you’re looking for. Portugal’s cost of living is one of the lowest in Europe, but most people moving to Portugal want to either be near a city or near the coast. Those two things raise the cost of living but, for many people, are an essential factor in getting the quality of life they want here.

Have you lived in the Algarve? Do you think it has a good cost of living? Let us know your thoughts and reviews by leaving a comment below.