Skip to content
Portugalist > Latest Articles > Living in Portugal > Portugal VS Italy: Where Should Expats Choose to Live? 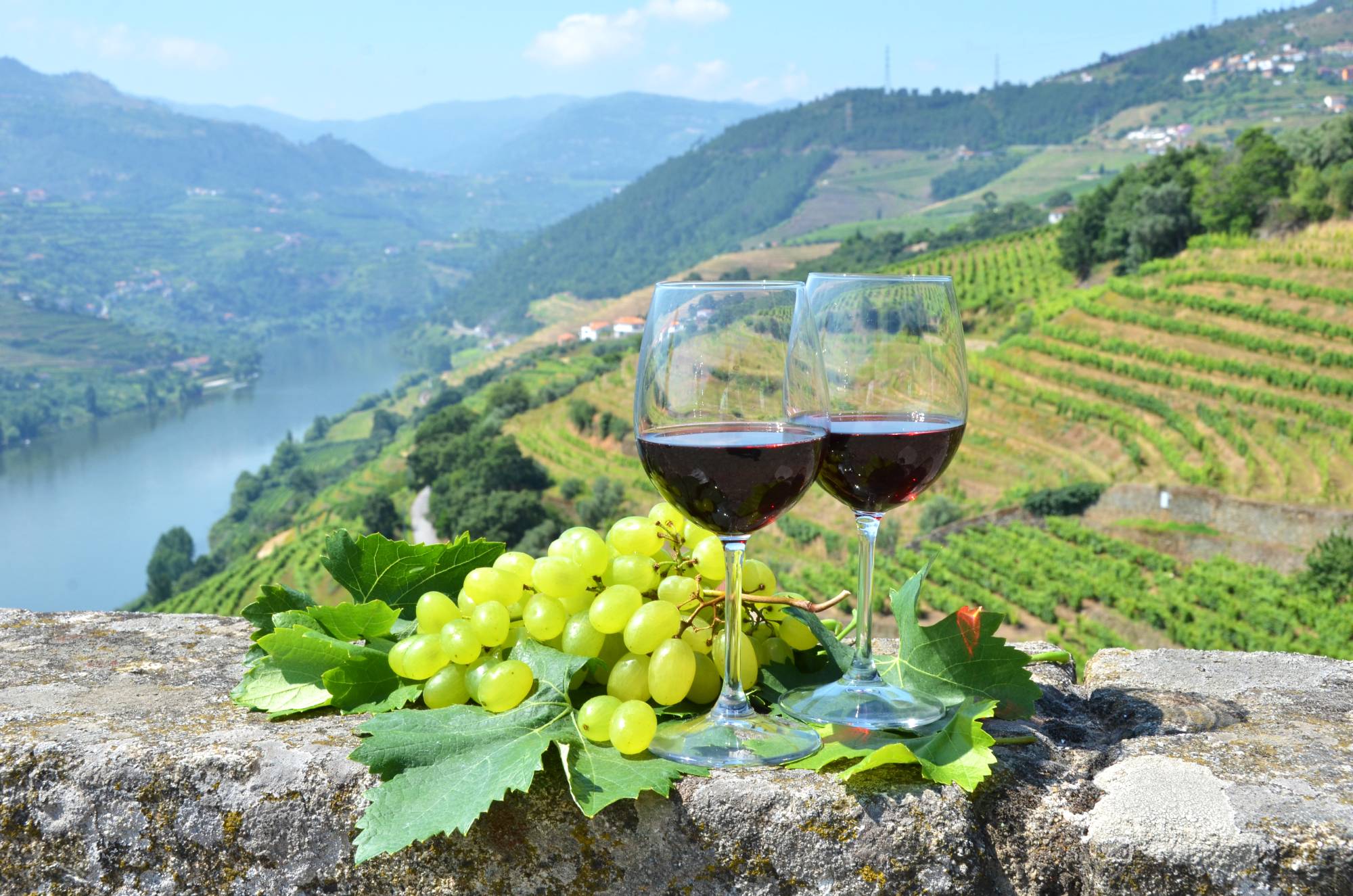 If you’re thinking about moving to a European country but you’re not sure which one, you may have short-listed Portugal and Italy. Both are beautiful countries with fascinating histories, excellent food, and a million other reasons to move there. But while that may make both countries great to visit, which is the better country to move to?

The answer is: it depends. Both have their pros and cons, which this article will take a look at.

In short, Portugal is an easier country for those that don’t hold an “EU passport” to move to. Specifically, Portugal has several visas that allow foreigners to move to Portugal easily. Examples include:

For the golden visa, in particular, you don’t even need to spend the majority of the year in Portugal – just an average of 7 days per year. This makes the golden visa ideal for those that are looking for a second passport and who still want a lot of flexibility to travel throughout the year.

If you live in Portugal or Italy for long enough, you’ll be eligible to apply for citizenship through naturalisation. Neither country has a rule against dual citizenship, so you won’t be asked to give up your passport by either county.

For non-EU citizens, that period of time is as follows:

As you can see, Portugal is the better option for those who are mainly looking for a second passport and aren’t sure that they want to stay long-term in either country.

Another important point is that, to obtain Italian citizenship through naturalisation, you need to show a B1-level of Italian[3]https://www.giambronelaw.com/site/advice/gaining-citizenship/italian-citizenship/italian-laws/italian-passport-language-test/. Portugal only requires you to show an A2, which is much easier.

Italian and Portuguese are nowhere near as popular as French, German, and Spanish, but if you’ve studied either, that may push your decision towards that particular country.

Portuguese is probably the more useful of the two languages, although most people won’t use either outside of Italy or Portugal. This is because Italian is only spoken in Italy whereas Portuguese is spoken in several other countries around the world like Brazil, Mozambique, Angola, and Guinea-Bissau. That said, most people that move to Portugal have little interest in visiting African countries like Mozambique and Angola and are often a little nervous about visiting Brazil as well.

A pro and a con of living in Portugal is that English is widely spoken here, particularly in coastal regions like the Algarve and cities like Lisbon and Porto. On the plus side, that means that if you get stuck, you shouldn’t struggle to find someone that can speak English. But the negative counterpoint to this is that because English is so widely spoken, you won’t get as many opportunities to practice Portuguese and so you’re less likely to really learn the language.

Thankfully, there are now a lot more resources for learning European Portuguese, even if some aspects are still challenging.

Comparing safety between two countries is challenging, especially if at least one of the countries doesn’t have great statistical reporting, but one measure that’s often used is the Global Peace Index.[4]https://en.wikipedia.org/wiki/Global_Peace_Index

While this study isn’t meant to compare personal safety between the two countries, it does line up with most people’s personal experiences, which is that Portugal feels safer.

Both are long countries, which means the climate can differ North to South.

Portugal is cheaper than Italy, particularly when it comes to eating out. Overall, Portugal is a cheaper place to buy and rent property, however some parts of Portugal (like Lisbon) are above average in terms of cost. The cost of living in Italy varies greatly too, with the south usually cheaper than the north.

Of course, there are exceptions to that and don’t assume that just because wages are lower in Portugal than the cost of living is also lower, as Portugalist reader, Giorgio, points out.

Other than Milan, Italy is much, much cheaper than Porto and Lisbon right now. Salaries are higher, and for remote workers taxes are lower (28% between income tax and social security up to 85.000€ per year). Cost of living is also lower, with bills, rents, and some food genres all cheaper than here. I’m definitely spending more to live in Porto (average salary 1000 per month) than I spent in Turin (average salary 2000).

But while Portugal is typically more affordable, wages are lower. If you’re planning to work (as opposed to moving as a retiree or moving as a remote worker) you should factor this point into your decisions. However, another point worth noting is that Italy is one of the few EU countries that, as of 2022, does not have a minimum wage.[5]https://www.morningfuture.com/en/2022/02/14/employment-minimum-wage-nobel/

Obviously, this blog is biased and thinks Portuguese food is fantastic, but Italian food is one of the most popular foods in the world for a reason. The quality of food that you’ll find in restaurants and delis in Italy is incredible, and most people will be more familiar with Italian dishes than with those from Portugal.

Two upsides to Portuguese food are that it’s generally more affordable and, secondly, that it’s unchartered territory. There are lots of dishes to discover in Portugal, with regional differences depending on where you live.

Fish and seafood is another area where Portugal stands out. While both countries have great selections, Portugal has a better (and more affordable) range than Italy thanks to its location on the Atlantic.

Portugal and Italy have similar cultures, and both have a strong focus on food and family. While this can be appealing to outsiders moving from countries like the UK and US that are less family-focused, the downside is that it can be hard to integrate into either culture.

One major difference in culture between the Italians and the Portuguese is in noise and passion. The Portuguese, on the other hand, are generally calmer, quieter, and some would even say a little subdued. Of course, these are both stereotypes and don’t apply to every person.

Bureaucracy is a big problem in both countries, which means that businesses and governments are often very inefficiently run and you’ll spend a lot of time trying to get anything done. Anecdotally, it seems that Italy is worse than Portugal in this department.

Fashion is something else to consider. In short, the Italians famously dress better and if you want to have any hope of fitting in, you’ll need to put more effort into your clothes and appearance.

Population-wise, Italy is bigger than Portugal – around 6 times as big. For some people, particularly those that want to live in a city, bigger is better and there are far more big cities to choose from in Italy. Portugal really only has Lisbon and Porto and Porto is quite a small city whereas Italy has several larger cities like Rome, Milan, Naples, and Turin. Of the two, Italy is also the more economically developed.

Both countries are very diverse geographically, with big differences between North and South, but Italy is perhaps more diverse. Italy is probably in a slightly better position for those that want to explore the rest of Europe. While Portugal’s location on the west coast means that flight times to the US and Canada are shorter, it does take slightly longer to get to anywhere else in Europe.

Both countries have their pros and cons and it can be difficult to decide which is the better option. If you have a strong preference for either, give that a lot of weight, even if you’re weighing up factors like cost of living, language, and culture. It’s easier to live somewhere you actually want to live rather than somewhere you picked because it made sense on paper.

That said, if you don’t have a strong preference, there are a lot of reasons to consider Portugal, such as:

But there are plenty of reasons to move to Italy as well, such as:

It’s worth noting that while you may choose to live in one, you will still be able to visit the other. However, if your plan is to do this regularly, be sure to check that your nearest airport has a good selection of flights there (Lisbon and Porto usually do, but Faro and other airports may not).

Have thoughts about living in either Italy or Portugal? Share them in the comments below. And if you liked this article, you might enjoy our comparison of living in Spain vs Portugal.