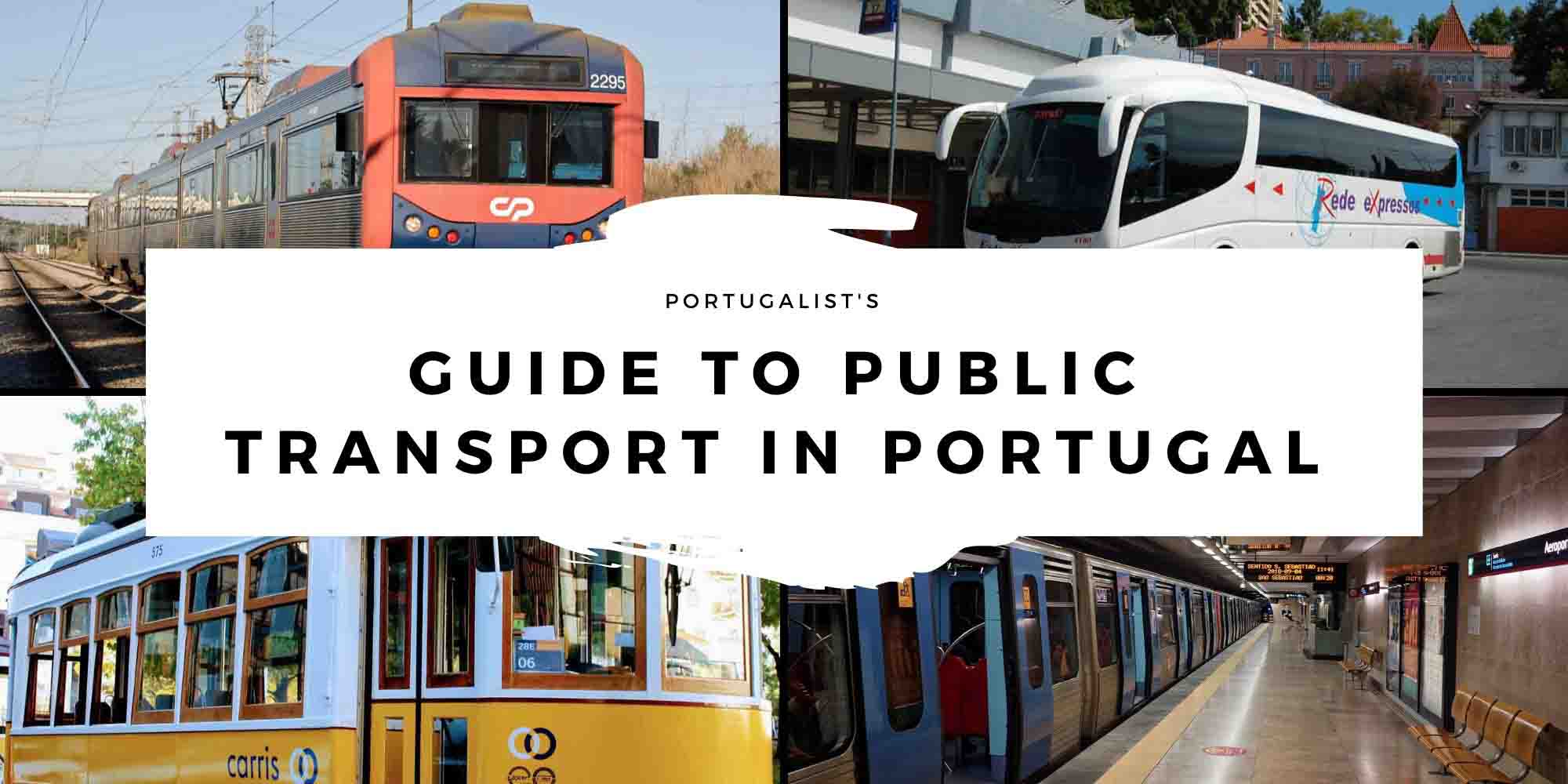 If you don’t drive, or just don’t want to drive, you can easily get around mainland Portugal by public transport (Madeira and The Azores can be a little trickier).

Public transport in Portugal is good, particularly if you’re going to large towns or cities. Some of the smaller towns and villages are a little harder to get to, and usually have fewer services, but it’s almost always doable, although sometimes you’ll have to rely on taxis as well.

Cities like Lisbon and Porto also have great public transport, and there are usually many options including metro, buses, trams, and trains.

Portugal’s train network is old, but functional. Unlike some other European countries, it’s also very affordable. Prices are cheap to begin with, but there are also discounts for booking in advance – as much as 65% off for booking 8 or more days in advance on many routes.

The train network only covers some of the country, so you won’t be able to go everywhere by train. It does, however, connect all the major cities in mainland Portugal including Lisbon, Porto, Aveiro, Coimbra, Faro, and Lagos.

While Portugal’s train network only covers part of the country,you can get almost anywhere in the country by coach. The long distance buses in Portugal are also much newer than the trains, often more comfortable, and there’s a better chance of the aircon and wifi working as well.

Local buses in Portugal tend to be older and more basic. Rather than there being one website for buses, as there is with the longer distance coaches, each region in Portugal has its own local bus network.

Unfortunately, these bus networks don’t always have great websites. You probably won’t be able to buy tickets online, and it may even be difficult to find timetables online. Often, it can be hard just finding out which bus network covers the town you’re in.

While public transport is fine for getting to and from major towns and cities in Portugal, if you want to visit many of the beaches, smaller villages, or more rural parts of the country, renting a car is more or less essential.

You don’t need to rent a car for the entirety of your trip: it’s possible to rent it for a day or two here and there, although rates tend to be better the longer you rent it.

Hiring a car and driver

With the exception of airport transfers, it isn’t all that common to hire a car and a driver in Portugal – especially for more than a day or two at a time. If people do rent a car, normally they drive it themselves.

Airport transfers, as mentioned, are the exception and it’s easy to get an airport transfer at Lisbon, Porto, Faro, and Ponta Delgada Airport.

Although more expensive than public transport, taxis in Portugal are quite affordable. Most taxis are metered but, if they’re not, which is the case in The Azores, they’ll usually have a fixed price list for the most popular journeys.

Uber is also available in an increasing number of places in Portugal including Lisbon, Porto, the Algarve, and Braga. It’s also not the only taxi app in Portugal: there are plenty of others like Kapten, Free now, and Bolt.

Ride sharing services like BlaBlaCar and Boleia are growing in popularity in Portugal and are particularly useful for getting to rural parts of the country.

Surprisingly, a shared ride in a car often costs more or less the same price as a ticket on a bus or train so there isn’t usually a financial incentive to travel this way. If you like talking to strangers, or you just need to get to a part of the country that would otherwise be difficult to get to, however, this could be a good option.

Portugal has several airports. On mainland Portugal, the main airports are Lisbon, Porto, and Faro. Madeira and all of the islands in The Azores also have their own airports as well, although only some of those islands have direct flights to the mainland.

If you’re visiting The Azores, you’ll need to fly and, although there is an occasional ferry service between Portimão in the Algarve and Madeira, you’ll probably need to fly to get there as well.

But what about flying within mainland Portugal?

Because Portugal is quite small, it usually doesn’t make sense to fly between Faro and Lisbon or Lisbon and Porto. Once you factor in all the time you have to spend at the airport, and all of the stress that goes with that, there’s rarely any benefit.

Flying from Porto to Faro takes around 70 minutes in comparison to taking the train, which takes around 5 hours and 43 minutes. You do have to factor in the time taken to get to the airport, which isn’t always as convenient as going to the train station, and the time you need to spend at the airport, but, even still, flying can offer a bit of a time saving.

It doesn’t always work out cheaper, though. Train travel in Portugal is quite affordable, especially if you book in advance, and you also don’t get charged for bringing luggage with you.

Still, it’s always worth checking and weighing up the pros and cons of flying versus taking the train or bus.

Hitchhiking isn’t particularly common in Portugal, and it’s rare to see people standing by the side of the road thumbing for a lift. This changes slightly in the summer when more tourists visit Portugal but, even then, it’s still quite rare.

That’s not to say it isn’t doable. It is (as long as you don’t do it on the motorway) just assume you’ll have to stand there for a while before someone offers you a ride.