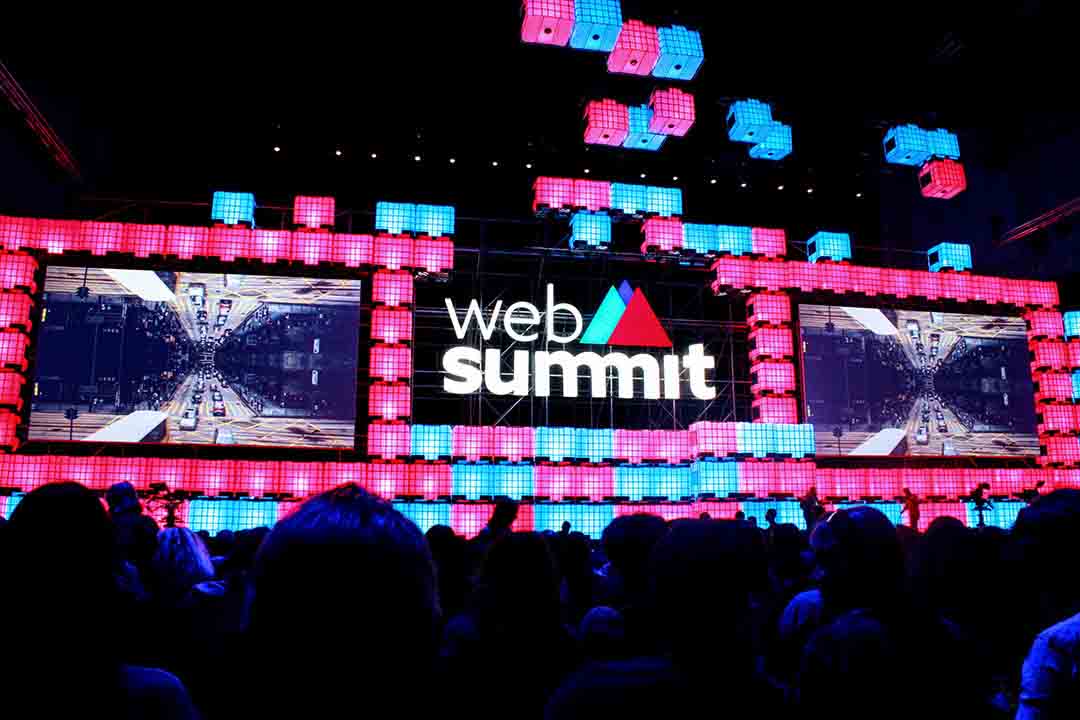 The world’s largest tech conference, Web Summit, will be taking place in Lisbon on November 5th – November 8th in 2018. A gathering of some of the world’s greatest minds, the summit includes 26 mini-conferences (and plenty of networking).

This year’s speakers include big names including Evan Williams from Twitter and Medium, Ben Silbermann from Pinterest, and Sean Rad from Tinder.

If you’re lucky enough to be one of the people going to Web Summit, here are our top tips for making the most of your time there.

Where to stay during Web Summit Lisbon

Web Summit 2018 will be taking place at the MEO Arena and Feira Internacional de Lisboa (FIL), next door to each other in the Parque das Nações (Expo) neighbourhood. The nearest metro stop is Oriente, which is on the red line (Linha Vermelha).

Getting out to Parque das Nações from trendy neighbourhoods like Cais do Sodre can be a pain, so I can highly recommend either choosing accommodation nearby, or as close to a red-line metro as possible.

These are our recommended neighbourhoods for Web Summit accommodation. And yes, all the hotels we’re recommending have Wi-Fi:

If you want to roll out of bed into the conference, it’s worth booking a room at the following hotels: 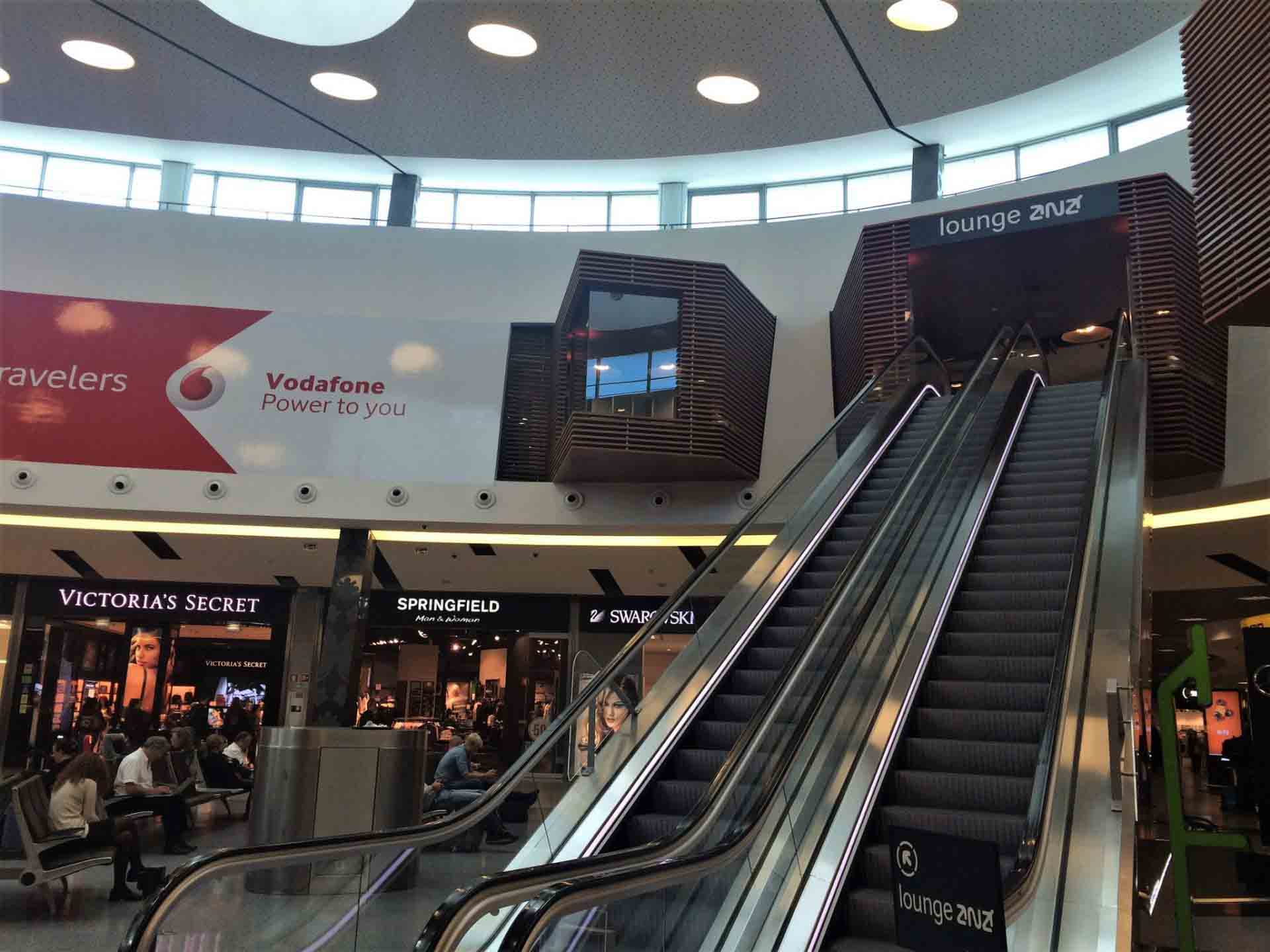 Hotels near Lisbon Airport are ideal if you’re flying in for one day and night at the summit, because they’re on the red metro line.

If you want to stay in downtown Lisbon, hotels near Alemada metro station are your best bet. Not only is this metro stop on the red line, which goes to Web Summit and the airport, but it also connects with the green line. The green line goes to Baixa-Chiado, perfect for getting to the Bairro Alto.

Getting around Lisbon during Web Summit 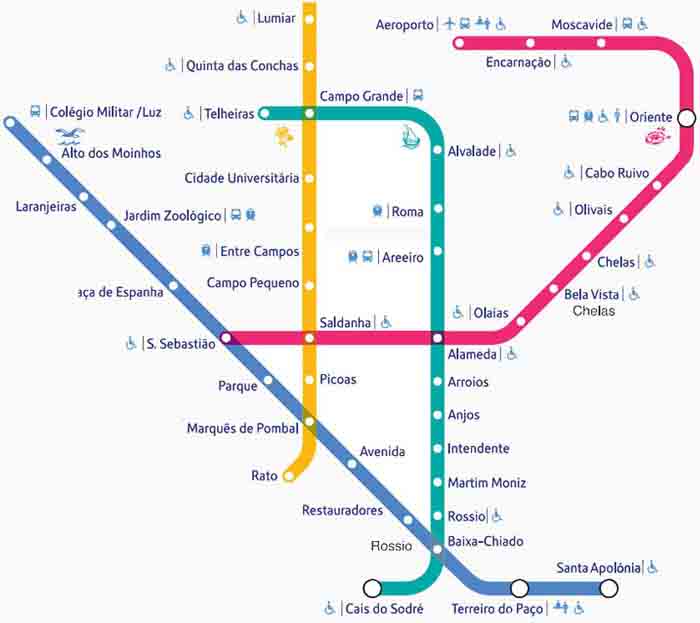 The nearest train and metro stop is Oriente. This modern neighbourhood is a bit out of the way, and the easiest way to get here from downtown is the metro.

Buses, metros, trams and boats in Lisbon all use the Viva Viagem card. You can buy them from any ticket machine or ticket office, and they last for a year. The cards cost €0.50, and can be reloaded.

Journeys cost €1.30 with a Via Viagem card, or €1.45 without one, so if you make four journeys you’ll break even. If you’re staying near the venue and aren’t planning on doing much sightseeing, you mightn’t need one.

Don’t Worry: Most metro maps will have a Web Summit sticker next to the stop you need to get off at. It’s also pretty easy to spot all the other Web Summiters, and it’s quite hard to get lost.

Lisbon taxis are super cheap compared to cabs in other European capitals, and you’ll recognise them by their black and turquoise livery. Uber is also available in Lisbon, but if you’d prefer not to use it, other apps like Cabify are also available (some of which offer free ride credit when you use them for the first time).

It’s all about the networking

The talks at Web Summit are great, but you can actually watch them after the event is over: everyone is sent a link to the video downloads. That link often gets shared to people who didn’t attend the conference as well, so is there actually any point in going?

Yes. Web Summit is all about the networking, and that’s not something you can do unless you’re there. Even the conversations on Twitter – and there are many – rarely lead to anything.

In contrast, the real life conversations lead to new jobs, clients, partnerships, and more. They don’t always take place at the conference. More often than not, they take place in the evenings at Lisbon’s many bars and restaurants.

Networking is hard work, and it’s important to prepare mentally for it. Often this means missing some of the talks during the day to catch up on sleep but, as mentioned, you can get access to those videos later. Your main priority while you’re here is simply to start conversations with strangers and hope they lead to exciting new places.

What to bring to Web Summit

If you decide to stay at the airport or in town, it’s unlikely that you’ll be heading back to your hotel once you reach the conference. Pop the following in your bag: after all, it’s better to have something and not use it, than not have something and need it.

Definitely not outdated. You’ll be surprised at how often people still ask for cards. It’s much sleeker than scribbling your name down on a scrap of paper, or quickly trying to add someone to LinkedIn with a poor Wi-Fi connection. If you don’t have any cards already, you can quickly whip some up at Moo.com (follow our link and get 20% off your first order).  Patrick Bateman, eat your heart out.

Live-tweeting, selfie-snapping, and instant-messaging: Web Summit is hard work for your phone’s battery! Pop a portable charger in your pocket and you won’t need to interrupt your networking session to plug in.

Although the queues for food aren’t too bad, it’s always a good idea to have a cereal bar on hand – especially if you’re lining up for an event for 90 minutes. If you’re on a gluten free, vegan, paleo or other strict diet, we recommend packing lunch too.

There are lots of places to fill up in the conference centre, so don’t waste time queueing for mineral water. Anyway, you never know who you’ll get chatting to around the water cooler…

Lisbon is a hilly, cobbly city and the streets are slippery when it rains (always a chance of it in November). Opt for smart, practical and comfortable footwear with a good grip – e.g. the Pikolino Rapport for men, and the Crocs Sienna for women.

Lisbon gets 300 days of sunshine a year, but unfortunately a fair chunk of those 65 wet days fall in November. And when it rains in Lisbon, it really rains. A packaway jacket like this one is ideal.

It might seem nerdy, but you’ll be glad to have something to jot down notes with. You’ll be hearing so many great speakers and meeting so many brilliant people, you’ll never be able to remember everything.

Top Tips for the Day of the Conference

The Guardian describes Web Summit as “Glastonbury for Geeks“, and they’re not far wrong. It’s definitely more like a music festival than a conference, so keep the same principles in mind. For example:

Have a plan of attack

The arena is huge and crowded, so give yourself plenty of time to get from session to session. Top tip: try to choose events based on where they are in the arena, so you don’t go mad running around.

There are literally thousands of delegates, so don’t expect to stroll up ten minutes before a huge tech rockstar begins speaking and expect to get a prime seat.  Aim to arrive at least 90 minutes early for morning sessions, and no later than three hours before the opening event.

Day ticket holders queue in a different place than those with full tickets. Confusing, right? It’s not very clearly marked, so double-check before getting in line.

When thousands of people are gathered in one place, Wi-Fi can get a little sluggish. When those thousands are all tech-heads? Forget about it. Being able to fall back on 4G will make your day run smoother (especially when you’re trying to find that cool bar in the Bairro Alto all agreed to meet up in later).

From local and roaming sims to wireless dongles, read more about using data during a trip to Portugal.

Sightseeing in Lisbon after Web Summit

Lisbon is a really beautiful city, so it’s well worth adding an extra day or two onto your trip for a bit of sightseeing. As Parque das Nações itself isn’t the most impressive area of the city, we recommend heading into Baixa and going walkabout in those comfy shoes you bought.

If your work has sent you to Web Summit, perhaps you can convince them to let you spend a few more days working remotely from Portugal? Lisbon has some fantastic co-working spaces, so you don’t need to hang around in your hotel lobby.