Skip to content
Portugalist > Latest Articles > Places > The Algarve > Meetups, Clubs, & Societies: How to make friends on the Algarve 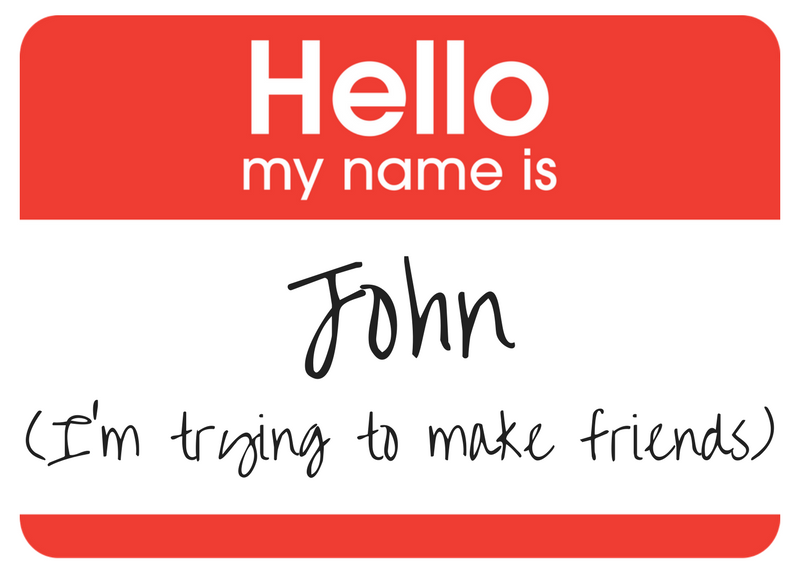 Meeting people and making new friends is never easy, but it’s an essential part of moving to a new place. Recently, there have been quite a few comments on Portugalist asking about expat meetup groups and how you go about meeting people on the Algarve.

The following is a list of just a few of the different meetup groups, societies, and clubs that I’ve been able to find on the Algarve. If you know of any more, please share them with me in the comments below. This isn’t an exhaustive list of ideas by any means, but (hopefully) as more people add suggestions it’ll become more and more extensive.

Although there are a lot of specialised meetup groups, clubs, and societies, there are also a few more general groups that are aimed at those looking to make new friends on the Algarve. Portugal Friends regularly holds events throughout Portugal as does Internations. Often they both only seem to have events in Lisbon or Porto. If that’s the case, there’s nothing to stop you posting in the forums and seeing if anyone wants to meetup. Angloinfo, Expats Portugal, Expatica, and all of the other expat forums are worth looking at as well.

Couchsurfing (generally aimed at the 20 to 30-somethings) is another place to search for possible new friends. Although it’s a popular site in many other cities, the Algarve couchsurfing members are fairly inactive. It’s worth sending out a few messages, but don’t be surprised if you don’t get too many replies.

Naturally, expat forums and sites like Internations tend to be mainly made up of expats as opposed to locals. You’ll find a few Portuguese members, but if you want to meet local Portuguese people you’re better off getting involved in a hobby or sport (some ideas below).

There are plenty of Portuguese language classes happening all over the Algarve. Some are run by the local council, others are run by language schools.

If you already speak Portuguese, you’ll also find classes for other languages like French, Spanish, and German.

If you don’t like classroom-based learning, another way to learn Portuguese and meet new people is to find a tandem-partner. This is a Portuguese-speaker who’s learning English who’d be willing to exchange his Portuguese for your English.

My Language Exchange and iTalki are two useful websites to look at. They tend to attract a slightly younger crowd than say the council-run language schools, which tend to attract older expats.

Some people leave their home countries hoping to never run into their fellow countrymen ever again. Others love to spend time with people from the old country. If you’re in the latter group, then you’re in luck as there are several nationality-specific groups on the Algarve.

If you can’t find a meetup group for your nationality, get in touch with your embassy (usually in Lisbon) as they may have more details.

If you’re looking to meet local Portuguese people, as opposed to expats, taking up a sport or a hobby is a great way to do it. In fact, a hobby or sport is probably one of the best ways to meet people overall. I find the general meetups more hit than miss when it comes to meeting people that I’m likely to become friends with. Meeting someone that you have at least one thing in common with (even if it’s a new hobby for you) makes things that little bit easier.

If you like gardening, there’s the Mediterranean Gardening Association of Portugal. Although the group focuses on the whole of Portugal, a lot of their meetups, talks, and events take place in the Algarve.

If you’re not a majorly active person, consider joining a walking group. This is actually probably one of the easiest sports for chatting to other people, and so a good way to make friends.

The Algarve Wednesday Walkers have been meeting almost every Wednesday for more than 20 years. If you’d like to join them on future meetups, contact David Littlewood on  (+351) 937084979.

The Algarve Hash House Harriers (nothing to do with drugs) is a group for people who love running and drinking. If you prefer the drinking side of things, and are a bit of a wine buff, the Algarve Wine Society regularly hosts events such as dinners and trips to vineyards.

There are also a handful of duplicate bridge clubs on the Algarve. The oldest bridge club, First Algarve Duplicate Bridge Club, meet Mondays and Thursdays at 2 pm in Hotel Baía Cristal in Carvoeiro. Phone tel 282 357 953 or 282 357 657 for more information.

Most people make the friends that they have through work and taking on a job, even just a part-time one, can be a great way to get to know other people. This is obviously a little more complex on the Algarve: there are few jobs to begin with, and many of the people reading this article will be retired or living on the Algarve because they run their own business.

If that’s you, then volunteering is another alternative.

Volunteering can be another great way to meet people, and do some good as well. There are plenty of groups in the Algarve looking for help from volunteers including pet shelters like SOS Animals and Gouldra Dog Sanctuary. There’s also Centre Algarve, a holiday centre for children with special needs.

Rotary clubs also get involved in community affairs. There are several Rotary Clubs on the Algarve including one in Silves, Albufeira, Almancil, and Porches.

Although most of the digital nomads that Portugal has managed to attract are based in Lisbon, there are a few digital nomads based on the Algarve. There are occasional meetups, but your best bet is to join the Facebook group and organise one yourself. WordPress developers should also check out WP Portugal, a small but growing community of WordPress developers and fans.

Start your own meetup

If you can’t find a group you like, why not take the plunge and start one yourself? One option is to simply post in a local Facebook group or forum and see if anyone else is interested. Another is to create an official meetup on meetup.com (starting from around $2.99 per month).