The bifana is a Portuguese sandwich that comprises of a light but crusty bread roll filled with sautéed strips of pork that have been seasoned with garlic, spices, and white wine. The pork is juicy, and sometimes slightly greasy, making it a popular late-night snack for those that need something to soak up the beer they’ve been drinking. It’s one of Portugal’s best dishes, and an absolute must-try while you’re visiting.

Ironically, the bifana is usually paired with a beer – Super Bock in the North and Sagres in the South, or a craft beer if you’re in a hipster bar – but it still manages to do the job. Bifanas aren’t just eaten late at night, though, and you definitely don’t have to be drunk to eat them.

They’re a cheap snack food, a traditional Portuguese fast food even, and you’ll find Portuguese people eating them throughout the day. Often people will add a bowl of soup to make it a little more substantial, and have them at lunch instead of a big meal.

There are several regional variations on the bifana and, if you’re travelling through Portugal, it’s worth trying a bifana at each region to see the differences.

In the South of Portugal and in Lisbon, the bifana is topped with squeezy yellow mustard – the kind of cheap mustard you’d expect to put on a hot dog or find in a crappy fast food restaurant. 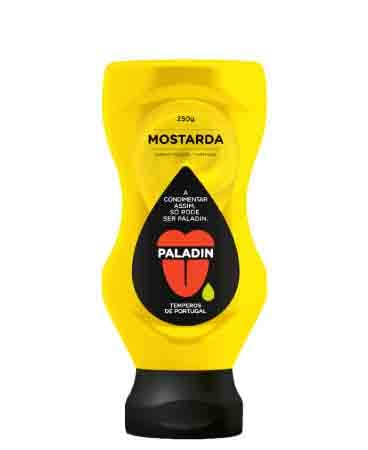 The same thing happens with a prego – another of Portugal’s great sandwiches – which in Lisbon is served as dessert after a seafood dinner. It’s bizarre to have a steak sandwich for dessert, but even more unusual to cover it in crappy mustard, especially if you’ve just eaten things like lobster, crab, and tiger prawns.

The bifana is an almost equally bewildering setup. It’s not an expensive cut of pork, but it’s still strange to combine something that’s been carefully seasoned and marinated with cheap, mass-produced mustard. That’s the South of Portugal and Lisbon, though.

In Porto and in Northern Portugal, the secret is in the sauce. The pork is both marinated and cooked in a sauce that combines garlic, bay leaves, white wine, pork lard (or margarine), olive oil, piri-piri sauce, chicken stock, and white wine vinegar, amongst other ingredients. Every café has its own take on the bifana recipe, but these are some of the basic ingredients you can expect to find as a base.

The bifanas from Porto are definitely more flavoursome and one of the best things that you can eat in Porto but, on the downside, they’re also soggier and messier to eat. Even the firmest bread roll – a key component of a good bifana – quickly turns to mush with all of that sauce, which means you’ll end up with some very sticky fingers.

Bifanas are so popular in Portugal that McDonald’s even tried to enter the market with the McBifana. There are also many new restaurants in Lisbon that are trying to reinvent the wheel with bifana variations like bifanas with egg and cheese, vegan bifanas, and bacalhau bifanas. Then there’s Piri-Piri & Co. in Albufeira who have created the world’s hottest bifana. You’ll also find vans selling them at festivals and major events, which means it’s one of the few Portuguese foods that could be considered street food.

All of these are fun to try, but there’s nothing quite like a traditional bifana.

Where to get a (great) bifana

You can try a bifana in almost any café or pastelaria in Portugal. Some do a better bifana than others, of course. If you’re in any of these parts of Portugal, here are a couple of places to look out for.

Have you tried a bifana in Portugal? Where’s your favourite place? Let us, and other readers know, the comments below. Otherwise, be sure to read Portugalist’s guide to Portuguese food which covers more than 50 different Portuguese foods as well as this list of other sandwiches that you can find in Portugal.