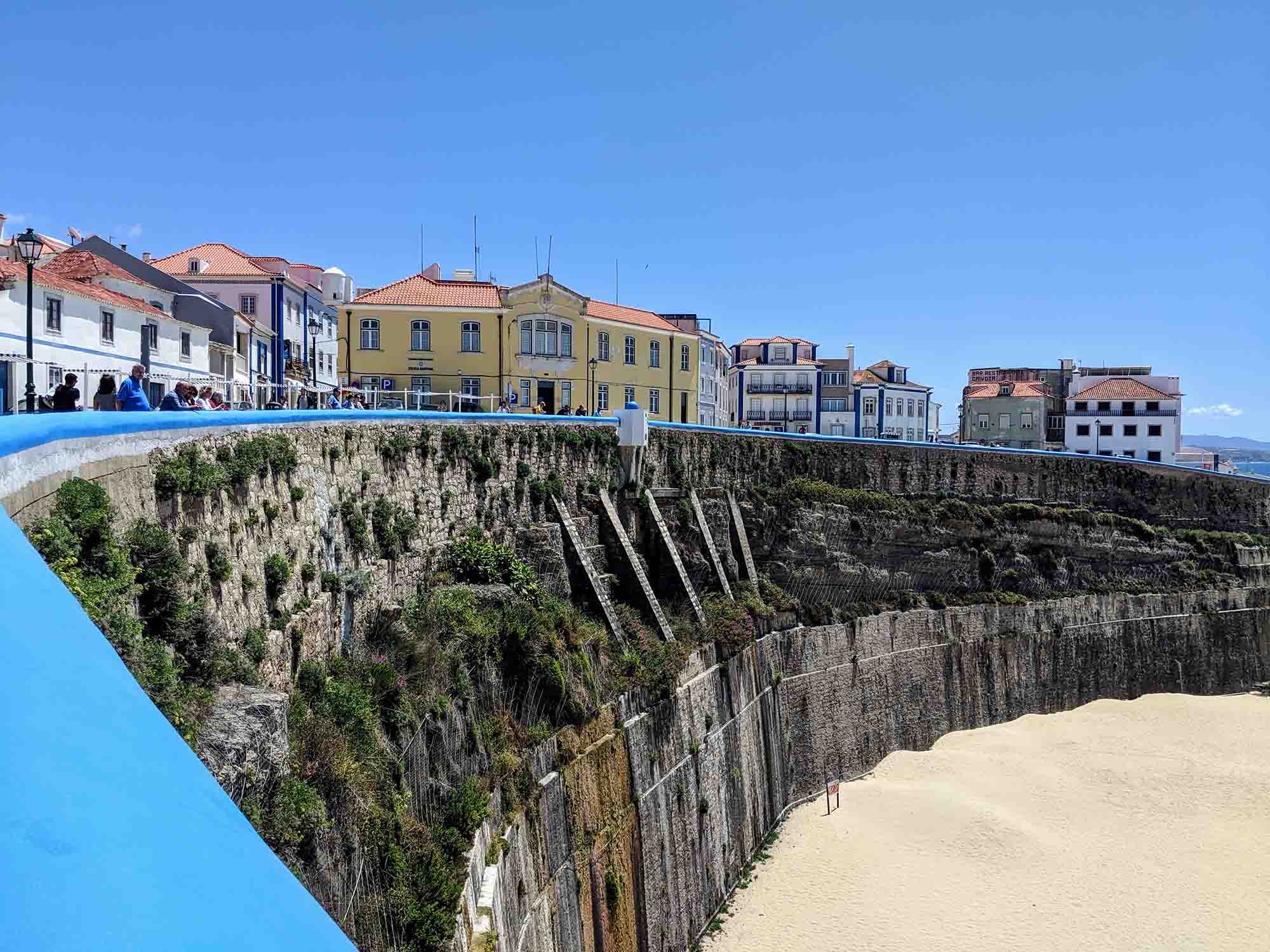 Situated around 50 km outside of Lisbon City Centre, the seaside town of Ericeira is a popular destination for young expats who want all the benefits of the coast with the proximity to Portugal’s capital city. Although Ericeira attracts people from all walks of life, it is particularly popular with surfers, digital nomads, remote workers, and other professionals in their 20s, 30s, and 40s.

Like many seaside towns in Portugal, Ericeira was once primarily a fishing town. These days, however, Ericeira caters more to tourists and expat that come to take advantage of the town’s warm weather and fantastic waves. The town has a more upmarket feel than many other coastal towns, and the restaurant and café menus typically offer açaí bowls and vegan burgers rather than traditional Portuguese dishes. You can find traditional options here, but other towns – even surfing towns like Nazaré or Peniche – may be better options for those that want a more typical Portuguese experience.

The biggest con, as discussed in the pros and cons section, is probably the cost of living. Renting and buying a property is often on par with Lisbon, if not more expensive. It’s possible to find cheaper accommodation a bit further outside of Ericeira, or in nearby Mafra, but most places near the coast typically come with a higher price tag.

Those looking for a seaside town near Lisbon may want to consider Costa da Caparica, Setúbal, Cascais, and anywhere on the trainline between Lisbon and Cascais.

As with anywhere, Ericeira has its pros and cons.

Ericeira has a lot of supermarket options, including a Continente, Intermarché, Aldi, and a Lidl. There’s also a regular market, the Mercado Municipal da Ericeira (map), which is open mornings and early afternoons every day except Monday. Here you’ll find an excellent selection of fruit and vegetables, meat, fish and seafood, and local products.

There are a number of large public hospitals in the area, although not necessarily in Ericeira, including the Hospital Distrital de Torres Vedras or the Hospital Santa Maria in Lisbon. In the case of an emergency, call 112 for a suggestion on the best hospital to go to.

There are also a number of private hospitals in the area, such as Clínica CUF Mafra in Mafra.

Ericeira has reasonable public transport. From the local bus station you can easily get to nearby towns like Sintra, Torres Vedras, Mafra, and of course to Lisbon. Bus timetables can be found at Mafrense.pt

There isn’t a train station in Ericeira but Mafra, 10 km away, has one. From here you can easily get to nearby towns like Óbidos, Caldas da Rainha, and Sintra. It isn’t as ideal for connecting to Porto or anywhere further north – normally it’s quicker to go back to Lisbon and then take the train to Porto – but it is okay for exploring some of the nearby towns and villages. The same applies to exploring the South: you’ll normally need to go to Lisbon to get a bus or train from there. Train tickets and timetables can be found at cp.pt

As with most parts of Portugal, a car makes life a lot easier, both for exploring the surrounding areas and getting to nearby supermarkets and other services.

Taxis, Ubers, and other taxi apps operate in Ericeira.