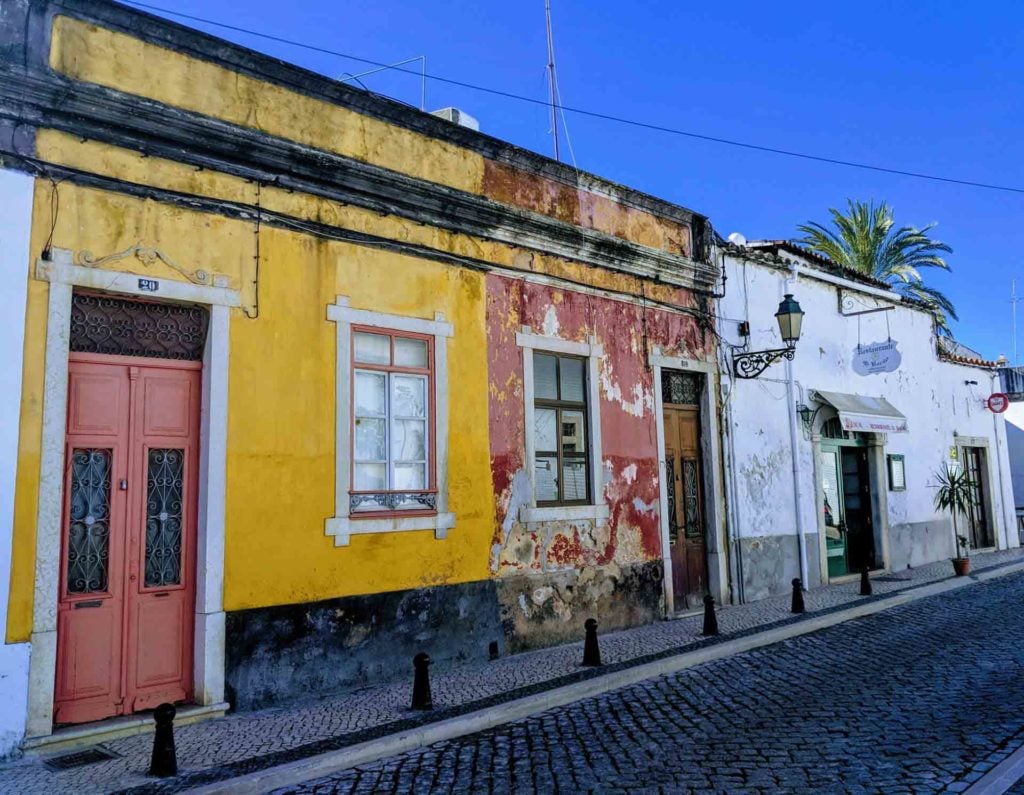 Faro is a city worth considering if you’re thinking of moving to the Algarve. It’s the capital of the region (technically called Faro region rather than the Algarve), and also the largest city on the Algarve as well (although the population isn’t huge: around 65,000 people). That doesn’t mean you should expect high rises and commercial skyscrapers: Faro’s architecture is characterised by fishermen’s cottages and other small buildings with a faded glamour feel.

What Faro lacks, and probably what puts many tourists off staying there, is a beach that you can easily walk to. Praia de Faro is easily accessible by car, around 15-minutes drive, but otherwise you have to take a bus or ferry to get there. The bus takes less than half an hour, and there are regular services throughout the day, but not being able to stroll down to the beach is a bit of a downside.

Faro isn’t the only city on the Algarve: there’s also Portimão, which has a slightly smaller population. Faro is arguably the prettier of the two and neither offer very easy access to the beach (the city of Portimão is around 2 km from the nearest beach, Praia da Rocha). Portimão does offer easy access to the West Coast, which is probably the most beautiful part of the Algarve, but Faro has the Ria Formosa and is close to the Spanish border. Although neither city is particularly big, they are two of the only cities on the Algarve. If you’re looking for a city in this part of Portugal, it’ll probably be between these two.

For those searching for British food items, The Food Co. in Almancil stocks thousands of items from Tesco. Alternatively, there are Iceland Overseas stores a little further afield in Guia and Portimão.

There are two malls in Faro: Forum Algarve, which is very close to the city centre and MAR which is closer to Almancil and around 20 minutes drive. Here you’ll find plenty of clothing shops (e.g. H&M, Berksha, etc.), a supermarket, and cinemas. MAR is the newer of the two and is popular because it has a Primark and is close to IKEA.

Faro has good public transport. As it’s the main city on the Algarve, it is a transport hub which means that you can easily get a bus to many towns in the rest of the Algarve without having to connect. Local bus information can be found on eva-bus.com. You can also easily get a longer distance coach to other parts of Portugal, such as Lisbon or Porto, as well as to other international cities. Bus ticket and timetable information can be found on Rede Expressos. Flixbus.pt is also a good source of discounted bus tickets, both in Portugal and internationally.

Faro also has a train station. From here you can travel across the Algarve trainline, which connects Lagos in the West with Vila Real de Santo António in the East. Train tickets and timetables can be found at cp.pt.

Finally, although it’s not public transport, Faro also has its own regional airport, Faro Airport. As the region is very tourism-focused, flights tend to be to locations like the UK, Ireland, and Germany, but that is enough for many expats living in the Algarve. Seville Airport is also a few hours away as is Lisbon Airport, although Lisbon is perhaps slightly easier to get to as you can take the train from Faro to Lisboa-Oriente and then the metro to the airport.