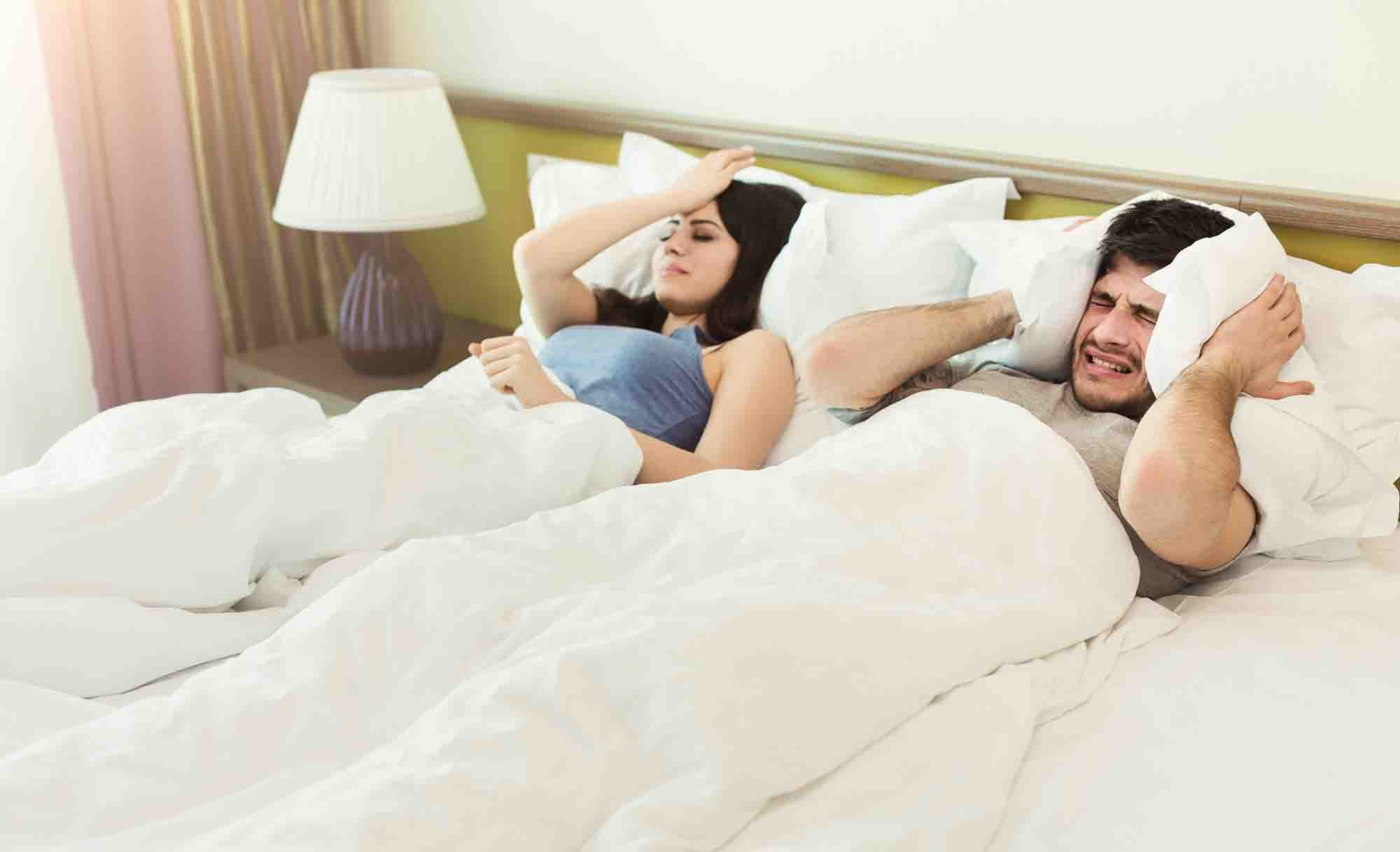 Apartments and houses in Portugal lack insulation. This means that not only can they be absolutely freezing during the winter months, but noise travels between apartments very easily as well. And while there are things you can do to stay warm in Portuguese apartments, it’s very hard to solve noise problems. For many people, this won’t be an issue. For those that are sensitive to noise, wake up easily, or are going to be working from home a lot, it should be a consideration when renting or buying a property.

Sitting in some apartments, it’s not uncommon to hear your neighbours chatting, watching TV, arguing, or doing other things that you mightn’t particularly want to hear. Usually, the sound is muffled so you can’t quite hear everything, although in some apartments you can hear conversations word-for-word. (Some is the key word here – it can really vary, depending on the age and construction of the apartment).

Thankfully, most of those noises can be drowned out with a good pair of earplugs, a fan, or a white noise machine. You mightn’t get rid of them completely, but you should be able to sleep. A good pair of noise-cancelling earphones with some music or even white noise like the sound of rain or a fan is perfect for daytime studying or working as well. Earplugs, especially those with a high NRR rating, help too.

In terms of neighbourly noise, the worst area for noise is usually from the neighbours directly upstairs. In both Spain and Portugal, it often sounds like your upstairs neighbours is walking around in stilettos and constantly rearranging their furniture. In reality, they’re often just moving a chair but when it scrapes off the tiles or floorboards, it can sometimes sound like they’re moving a wardrobe.

Neighbours with children can also be a noise issue if the parents aren’t considerate of their immediate neighbours, especially those below. It can feel like some parents just let their kids run back and forth across the floor all day. Kids also tend to drop things a lot, which can be incredibly noisy when they bounce off the tiles. Kids aren’t actually that bad, though, as they tend to go to bed at the exact same time every night, so the noisy times are a bit more predictable. Having a rental apartment above can be worse as the tenants are constantly changing. These are more common in the city centre, and many are easy to spot as they have an AL (Alojamento Local) sign on the door.

Living next to a road can also be noisy, but if the hum of traffic is constant, it’s very easy to get used to it. It’s roads where there’s a sudden noise, such as a car horn or the sound of a tram passing (the Lisbon trams make a lot of noise), that are the worst.

It does without saying that living near a bar can also be noisy. It depends on the type of bar, of course, but it’s something to look out for. Some neighbourhoods like Cais do Sodré and the Bairro Alto in Lisbon are known for being packed with bars, bars that often stay open very late. Nearby neighbourhoods are often affected, particularly as revellers walk home. Lisbon has introduced a noise complaints phone number for the municipality (808 910 555) but how effective this will be remains to be seen. If you’re concerned about noise, the best thing you can do is avoid living on streets with bars and in areas that are known for nightlife.

Living near communal bins is another thing to watch out for, especially as these are often collected very early in the morning.

For those living in a city like Lisbon, Porto, or Faro, flight paths are another thing to consider. It does depend a lot on how low the plane is likely to be at that point, so don’t rule every neighbourhood out, but perhaps be cautious of those that are directly next to the airport.

These issues affect apartments, of course, and not houses. The issues are also more common with the older apartments rather than the newer ones. So, it is possible to avoid these issues if you rent a newer apartment or find one that has been renovated well. It’s also possible to put insulation between the apartments, and some people even pay for the work to be done to their apartments or their neighbour’s apartments.

Houses obviously don’t have the upstairs, downstairs, or next-door neighbour issue, and so they can be a much safer bet noise-wise. Unfortunately, however, they’re more expensive and it’s often harder to find them, especially in the cities.

In the countryside, where they’re more common, the main noise issue is barking dogs. Some people in the countryside leave their dogs chained up outside and the dog can sometimes bark through the night, particularly if there are other dogs nearby and often when there’s a full moon. In most houses, however, this is usually easy enough to drown out with a fan or with a pair of earplugs. Sometimes you need both. Church bells can be another source of noise: while most churches no longer ring their bells between 11 pm and 7 am, there are parts of the country where the bells ring every fifteen minutes. However, unless you’re right next to the church, the sound shouldn’t be too much of an issue.

Barking dogs can be an issue in the high rise suburban areas just outside of the cities, but this tends to be more of a daytime noise problem. Here, some people leave their dogs on the balconies while they go to work and the dogs spend most of the day barking at each other. If you’re trying to work from home, it’s not only very noisy but it can be quite distressing listening to a neighbouring dog crying as well. It’s also not uncommon for your older neighbour to have a small yappy dog that barks when you walk past their front door but, thankfully, they only really tend to bark when someone walks past and it shouldn’t affect you during the night. People also tend to be quite good at bringing the dog to another part of the house where it won’t be disturbed.

Not every apartment or house is cursed with noise problems in Portugal, but quite a few are. You really need to do your research before agreeing to move in.