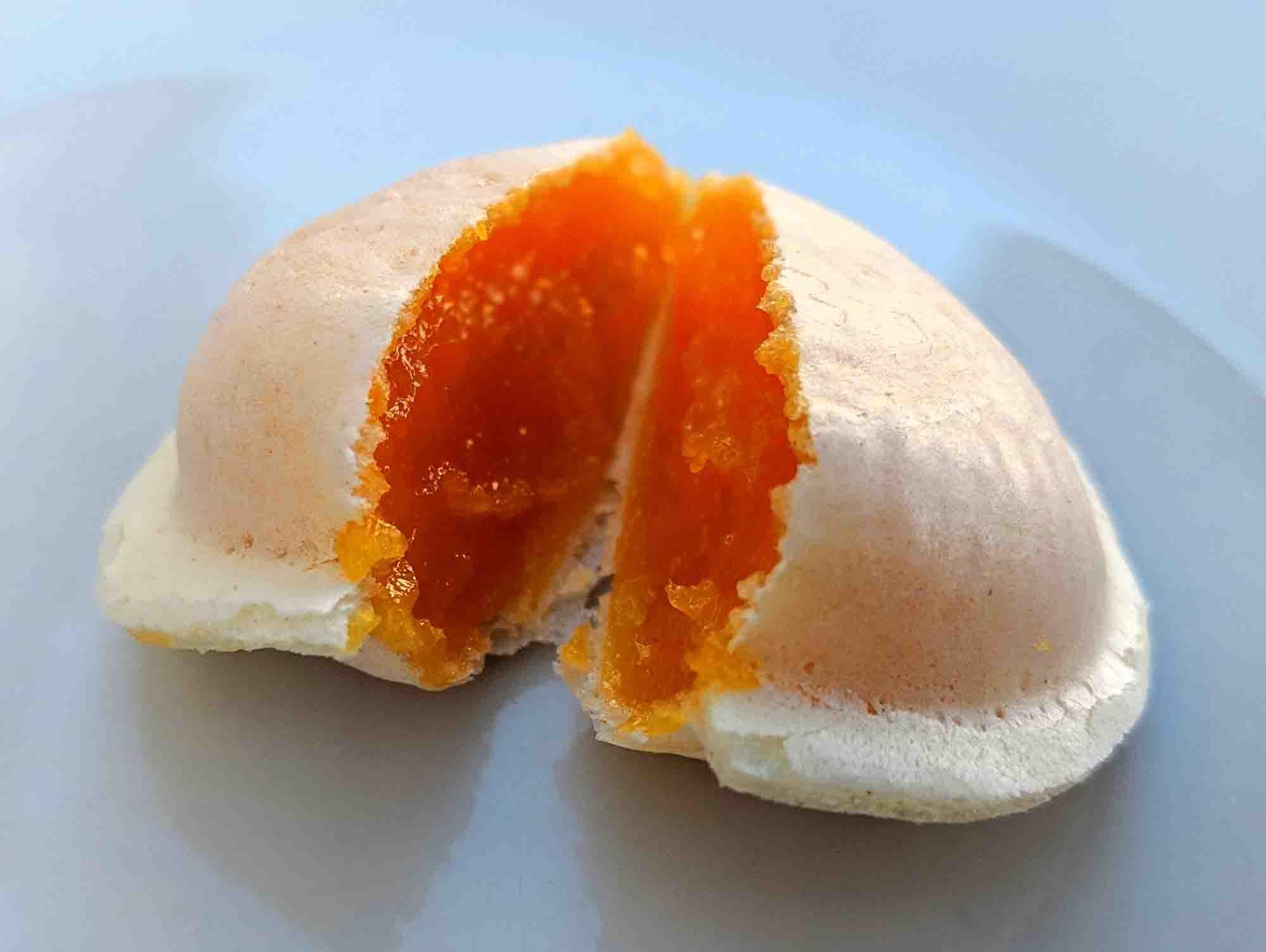 I have to admit that I wasn’t a huge fan of ovos moles the first time that I tried them: I thought they were okay but not as good as the other Portuguese sweets and cakes that I’d tried.

Since then, I’ve visited Aveiro (where they’re made) and even taken a short class in making them there – and, I have to admit that I’m rapidly becoming a fan.

Ovos moles are a Portuguese delicacy that you’ll see all over Portugal, but especially in Aveiro where they originate from. In fact, real ovos moles can only be made in Aveiro: since 2008 this delicacy is classified as a product with Protected Geographical Indication by the European Union – the first Portuguese bakery product to get this classification.

There are many ways to check that they’re authentic, which we’ll get to, but one of the easiest ways is to actually go to Aveiro. It’s a beautiful little city that’s perfect for a short weekend break, and the ovos moles that you taste are likely to be extremely fresh and I think that makes a huge difference.

A History of Ovos Moles

Like most other Portuguese sweets, including the world famous pastel de nata, ovos moles originate from the convents in Portugal (these types of sweets are collectively known as Doces Conventuais).

Back in the day, the nuns used egg whites to starch their habits and this meant that they had a lot of egg yolks left over. None of the nuns liked omelettes it seems and so, all across Portugal, nuns experimented with different ways to they cut add sugar and just one or two other ingredients to make sweets.

The local convent, the Convento de Jesus which is now the Aveiro Museum, was making and selling ovos moles and then, in 1882, a local woman named Odilia dos Anjos Soares got a hold of the recipe and decided to open and shop and sell them. The shop, A Casa Maria da Apresentação da Cruz, Herdeiros, is still there to this day.

We don’t know much about ovos moles before 1882, but there is a legend that explains how they came to be. According to the story, a nun at the Convento de Jesus was ordered to fast but she couldn’t do it – she was just too hungry. Unfortunately for her, the only things that she could find were sugar and egg yolks so she combined the two and then hid them in the dough that was used for making the communion wafer.

Nobody knows if this story is true but, even if it’s not, it’s still an entertaining story anyway. What we do know is that ovos moles have become extremely popular since then, both in Aveiro and throughout Portugal.

The recipe has even spread a little further than that. In Thailand, there’s a sweet called Thong Yot that’s based on the filling that ovos moles uses.

It was adapted by Maria Guyomar de Pina, a woman of Japanese-Portuguese-Bengali ancestry, who worked as a cook for King Narai of Ayutthaya in the 17th Century.

A guide to the different shapes

Ovos moles come in different shapes and sizes. The most common ones that you’ll come across are barrels, seashells, clams, and nuts.

All of the shapes represent something to do with Aveiro’s culture and past. The seashells represent the nearby beach and the clams represent the river. The barrels are a reminder of the barrels that were previously used to transport salt and also the seaweed that was used to fertilise the land. The walnuts and chestnuts are a symbol of the inland part of the region where these nuts grow.

How it’s made: the ovos moles recipe

The host is made from a simple recipe that consists of wheat flour, olive oil, and water. As per the legend above, it’s made from the same ingredients as catholic communion wafer is.

The device for making the shapes was similar to a waffle iron. The ingredients above are mixed together to make the batter and then this is spread all over the iron and into the shapes. It’s then left to set and go solid.

The cream is made from eggs, sugar, and water. Once the mixture is cooked, it’s placed into a large piping bag and poured into the ovos moles shapes.

The cream uses a LOT of eggs. The recipe I was shown (which is for a commercial-level production of ovos moles) was 80 egg yolks to one kilo of sugar and half a litre of water. If you want to make ovos moles at home, maybe start with 8 eggs, 100 grams of sugar, and 50 ml of water.

Naturally, these contain a few calories but not as many as you might think: just 70 or 80 per sweet. A pastel de nata, in comparison, has closer to 220.

Next, the sugar and water are put into a pot which is heated at 117 °C. Once a syrup forms, it’s then left to cool. Once cool, the eggs are added and then the mixture is heated up again – this time to 110 °C – to get rid of bacteria. Finally, the mixture is left to sit for 24 hours.

On day 2, the cream goes inside the host.

You already have the two sides of the mould, which was made yesterday: you just need to brush it with a little water so it’ll stick together.

Next, using the piping bag, fill it with the ovos moles cream. Then, close the iron to press the two sides of the press together.

Using a scissors, separate the shapes and carefully trim the edges of the sweets. Then, leave it for 24 hours.

And, that’s it. In a commercial operation, you would then package the sweets on day 3.