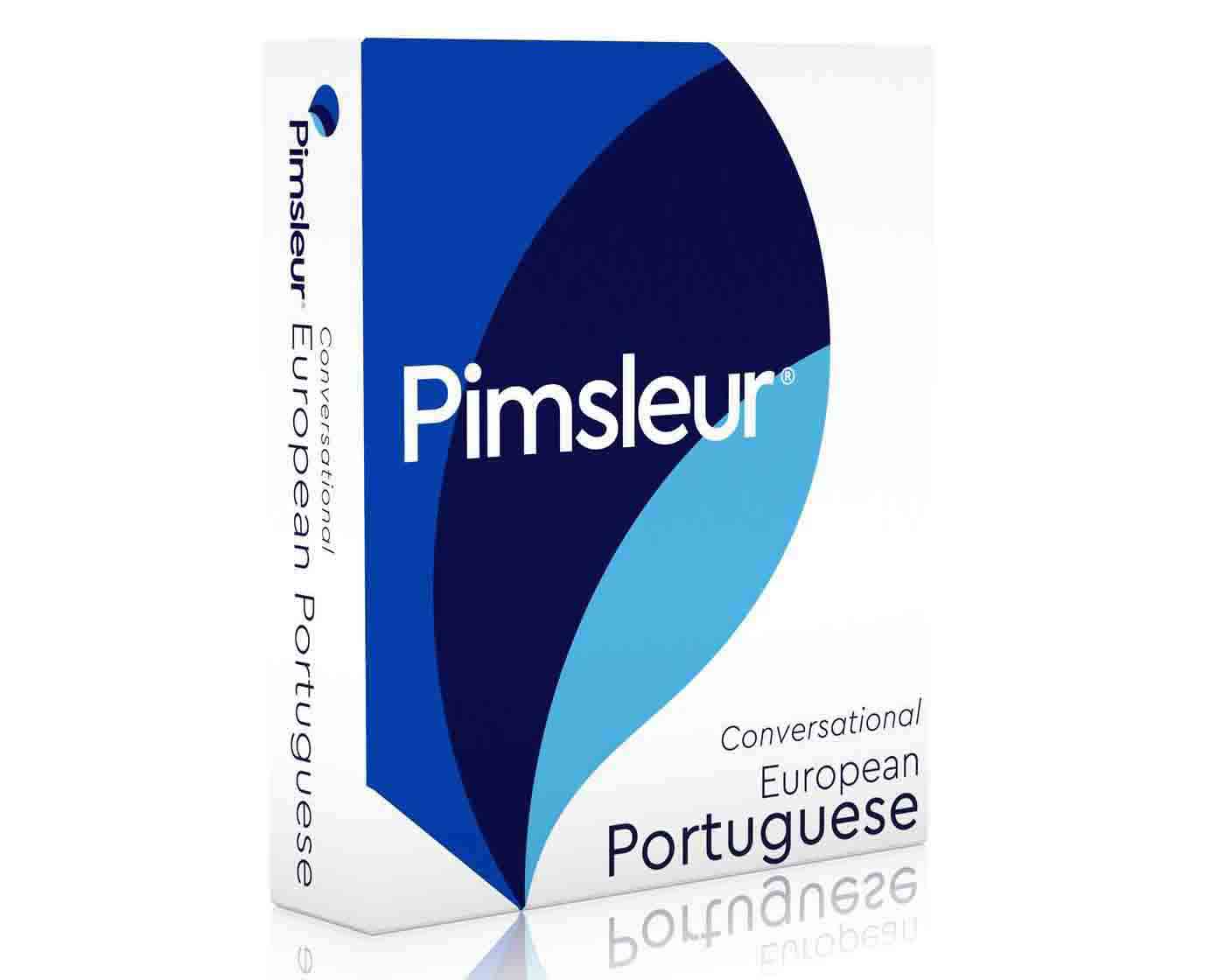 The course is available on Audible, as well as from the Pimsleur website. With Audible, you can get a 30-day trial which allows you to sample the first few lessons for free.

Pimsleur has a lot of strengths, but the biggest one is that it gives you tools to start creating your own (very basic) sentences. Just as importantly, it gives you the confidence to do that too. A lot of other Portuguese courses, particularly the more traditional textbooks, don’t do that.

It’s also a very flexible course to study: you can listen to it while you’re hoovering, at the gym, or driving.

But, there are a lot of negatives to Pimsleur too.

Firstly, there’s no reading or writing involved [update: the Audible version of the course does include PDFs] and to learning to read and write in Portuguese are important skills too. It is true that reading is the skill must people will work on anyway, and very few self-taught language courses include a speaking element, but this definitely is a weakness.

There also isn’t a level 2 to Pimsleur’s European Portuguese, which means a lot of people finish the course and don’t know where to go to next. The Pimsleur Method is quite unique (and enjoyable) and most people don’t want to jump from that to a traditional language course. Pimsleur’s Brazilian Portuguese Course, in comparison, goes up to level 5.

Those who finish the course also don’t quite know what level they’re at. It’s somewhere around A1, but there are definitely some gaps.

The Pimsleur was great, and I think the speaking-only format will help me communicate better and more confidently than if I just studied a traditional method.

But where should I go to pick up where Pimsleur leaves off?

Then there are also some minor issues with the course content, particularly around the way you use the word você. This isn’t a major issue in reality, and you’ll soon be corrected, but it’s one that a lot of people have commented on.

Ultimately, Pimsleur will give you the foundational tools and confidence to get started but you’re going to need a few other resources to take you to the next level and to pick up the slack where Pimsleur wasn’t so strong.

A similar course that solves a lot of these issues is Michel Thomas Portuguese. It’s also audio-based and so it shares some of the same weaknesses as Pimsleur’s European Portuguese, but it’s much, much more in-depth.

Pimsleur costs between $100 and $120 when purchased through Audible (depending on if you take advantage of the free trial for the first set of lessons) and $119.95 when purchased directly from Pimsleur.

Great for building confidence and the ability to craft simple sentences, Pimsleur has a lot to offer. Unfortunately, it only offers one level of the course in European Portuguese, so you’ll need something else to take you past the beginner level.