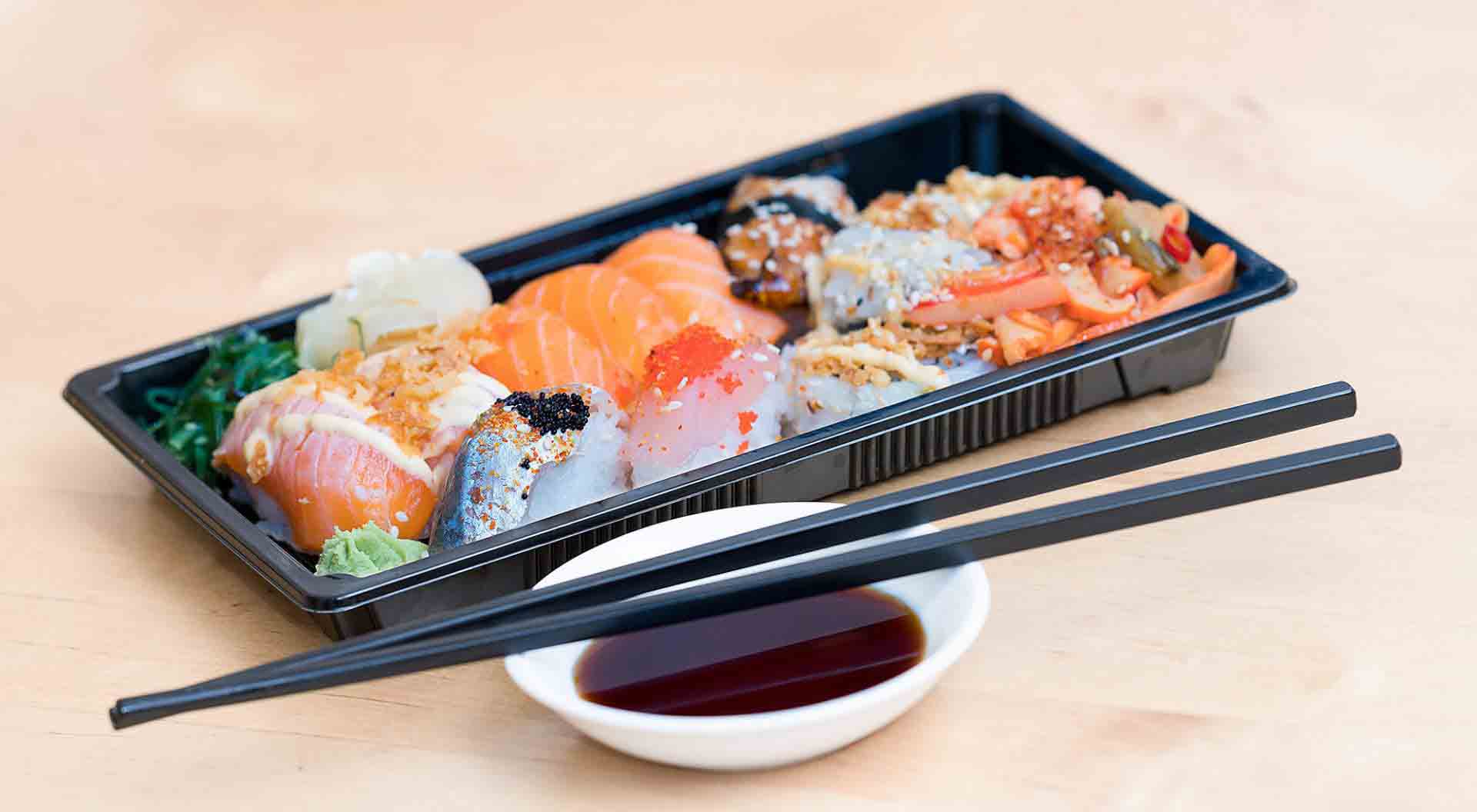 A few years ago, online takeaway ordering was mainly limited to Telepizza. Nowadays, there are a few more options like Uber Eats and Pizza.pt, and more takeaway delivery companies are expected to launch soon.

Uber Eats is available in Lisbon, Porto, and the Algarve (certain towns*). The restaurants available depend a lot on your postcode, but options range from chains like McDonald’s and 100 Montaditos to independent restaurants and cafes, and cuisine options include Mexican, Indian, Pizza, Chinese, Sushi, Vegetarian, and Health Food.

Note: Get €5 off your first order with the code eats-jamesc64889ui (the amount changes from time to time).

*Some of the Algarve towns that Uber Eats is available in includes Faro, Olhão, Loulé, Quarteira, Portimão, Lagos, and Albufeira.

Glovo allows you to order from a variety of different local businesses including restaurants, florists, pharmacies, wine shops, Ikea, you name it. You can even get something sent from a friend to you (although Glovo might phone up to ask for a few more details).

Glovo isn’t available everywhere in Portugal, but you can use it in major cities like Lisbon and Porto.

Too Good to Go

Too Good to Go is slightly different to most of the apps on this list. Rather than allowing you to choose dishes from nearby restaurant or takeaway, Too Good to Go is all about selling unsold food.

Restaurants, cafés, and supermarkets can create a “Magic Box” which is essentially a mystery box of food that they probably be throwing away otherwise. Depending on the venue, you could get cakes, cooked meals, or, in the case of some grocery stores, misshapen vegetables.

Boxes typically cost around €3, and you have to go and pick up the mystery box yourself. Some venues ask you to bring your own carrier in order to cut down on plastic waste.

If you like TooGoodToGo, Phenix, another app hoping to solve food waste, is also worth downloading.

Takeaway.com is the sister site of Pizza.de, one of Germany’s largest takeaway websites. Here, you can order a variety of cuisines including Indian, pizza, Portuguese, Italian, and desserts. Takeaway.com is available in most Portuguese cities, but it only really has participating restaurants in big cities like Lisbon and Porto.

EatTasty is a platform that allows you to order home-cooked, healthy meals to your office. If you’ve forgotten to make lunch, and don’t want to order something unhealthy from Uber Eats, Takeaway, or Glovo, EatTasty is definitely worth taking a look at.

If you’re based in Lisbon, you can order food using noMENU. This website offers a variety of popular cuisines including Chinese, pizza, Italian, and vegetarian as well as some that you mightn’t be as familiar with like Brazilian, churrasqueira (piri-piri chicken), and seafood.

The website is available in Portuguese and English, although the English translation just uses Google Translate.

Unlike noMenu, Comer Em Casa isn’t just limited to Lisbon and surrounding towns like Sinta. It’s also available in other major cities like Porto, Braga, Coimbra, and Guimarães. Cuisines available vary depending on where you’re based. In Porto, for example, some of the cuisines available include Indian, Chinese, Japanese, Greek, hamburgers, and Mexican.

Comidas.pt is available in Faro and several nearby towns including Beja, Quarteira, Vilamoura, and Olhão, as well as Évora and Beja in the Alentejo. As with all of the other websites, options vary depending on where you are. In central Faro, for example, options include Portuguese, sushi, Chinese, Indian, Pizza, and steak.

Comidas.pt is available in English and Portuguese.

BringEat is available in English and Portuguese.

On the subject of chains, Burger King also offers home delivery to some postcodes. McDonald’s delivery is available in Lisbon and Porto through Uber Eats.

There’s a good chance that you have a churrasqueira located near you. Churrasqueiras are a Portuguese fast food takeaway that serve a variety of grilled meats and sometimes fish as well, but especially piri-piri chicken.

This is traditional Portuguese food, so you’re not just being lazy: really you’re embracing Portuguese culture.

Most churrasqueiras won’t deliver, but they will accept orders over the phone or in person. Unless they’re partnered with a service like Just Eat, it’s very unlikely that you’ll be able to order your food online.

Portuguese tipping etiquette is always confusing, and there is no rule as to whether you should tip for takeaway delivery or not.

The basic rule with tipping in Portugal is that nobody is going to turn a tip down. Every little helps when you’re working a low-wage job like delivering food.

How much should you tip? A euro or two is enough, I think.

Have we missed any websites? Have an experience of ordering takeaway in Portugal? Let us know in the comments below.