Skip to content
Home › Travel in Portugal › Getting Around › Uber, Cabify, My Taxi – The Best Taxi Apps in Portugal 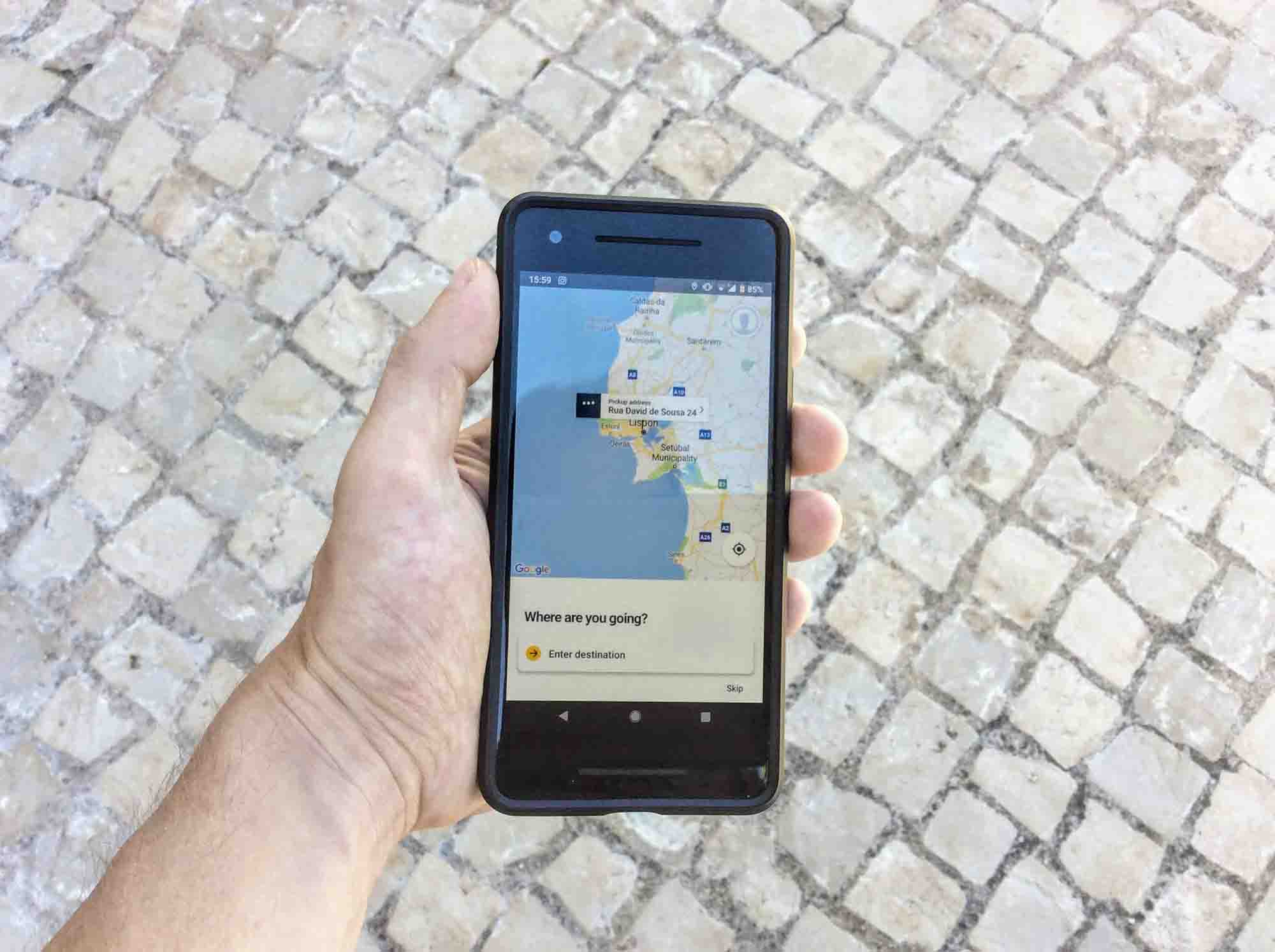 The newest, Kapten, is one of the cheapest (if not the cheapest). They’re offering €6 free credit to anyone that signs up (or double that if you’re in Porto). Simply signup here and use the code JAMCAV when asked for a promo code.

A number of taxi apps offer you free credit when you ride with them for the first time.

Tip: After you’ve had a free ride, use the invite section to invite your friends and family to signup. Once they do, you’ll get more free rides.

Bolt (previously called Taxify) has quickly become very popular here in Portugal, particularly in Lisbon. Although they’re only offering €3 free credit to new customers, they’re usually one of the cheapest options overall (even with surge pricing).

. The biggest downside to Bolt/Taxify is that taxis always take much longer to arrive than estimated, and much longer than apps like Uber or Free Now.

MyTaxi/Free Now/Hailo (this company changes names a lot) connects passengers with licenced taxis, unlike Uber, for example, which allows anyone to become an Uber driver.

This can make it more expensive than the likes of Taxify or Uber but, on the plus side, it’s usually much quicker to get a taxi. That’s especially true when it’s raining, or if a big event has just finished.

A licenced taxi in Portugal doesn’t necessarily mean your journey is any safer, but some people prefer the security of getting into an actual taxi. If that’s you, this is the best app for you to use.

Uber needs no introduction. It’s the most-recognised taxi app, and that means it usually has the most drivers as well.

That’s a very important point. If you’re standing in the centre of Lisbon, you should be able to easily get a taxi with Uber, Cabify, Taxify, or any of the other taxi companies.

If, however, you’re even a little bit out of the city centre, your nearest Cabify or Taxify driver could be 10-15 minutes away. Often, there are no drivers nearby and you don’t even need to be that far from the city centre for that to be the case. In comparison, because they have so many drivers, an Uber driver might be less than 5 minutes away.

Now, that doesn’t mean Uber is perfect. When it starts to rain in Portugal and there’s surge pricing, Uber can be expensive. When that happens, you’ll definitely want to have some of the other taxi apps to hand.

In terms of getting a ride, and getting a ride fast, however, Uber is definitely the best. It’s available in Lisbon, Porto, and the Algarve, and hopefully will expand to other cities soon.

Kapten (formerly Chauffeur Privé) is a French taxi app that’s popular in Paris, Cannes, and Lyon, and has recently launched in Lisbon and Porto. It has quite a lot of drivers in Lisbon already, and is rapidly growing in popularity. Unfortunately, they only offer €3 free credit, which isn’t a lot, but they’re usually very cheap so it’s worth giving them a try.

Cabify is essentially the Uber of the Spanish and Portuguese-speaking world. It has a strong presence in Spain, Mexico and Brazil, and a growing presence in countries like Argentina, Chile, Peru, and Colombia. It’s also available in Portugal, although initially just in Lisbon and Porto.

It seems like Cabify are differentiating themselves by being the upmarket taxi service. The cars are always nice, and often brand new, and they often give out Cabify-branded water and sweets as well. This does mean that Cabify is often more expensive than other services like Uber or Taxify.

IzzyMove is a homegrown taxi app, which is designed to be fairer for Portuguese taxi drivers and customers and hopes to take on the likes of international giants like Uber and Kapten.

Unfortunately, although IzzyMove is available for both Android and iOS, it only seems to be available in the Portuguese app store, so people visiting Portugal can’t currently download it. Reviews of the app suggest it’s currently only available in Portugal as well.

If you’re based in Portugal and speak Portuguese, you can download IzzyMove to either iOS or Android devices.

45 thoughts on “Uber, Cabify, My Taxi – The Best Taxi Apps in Portugal”