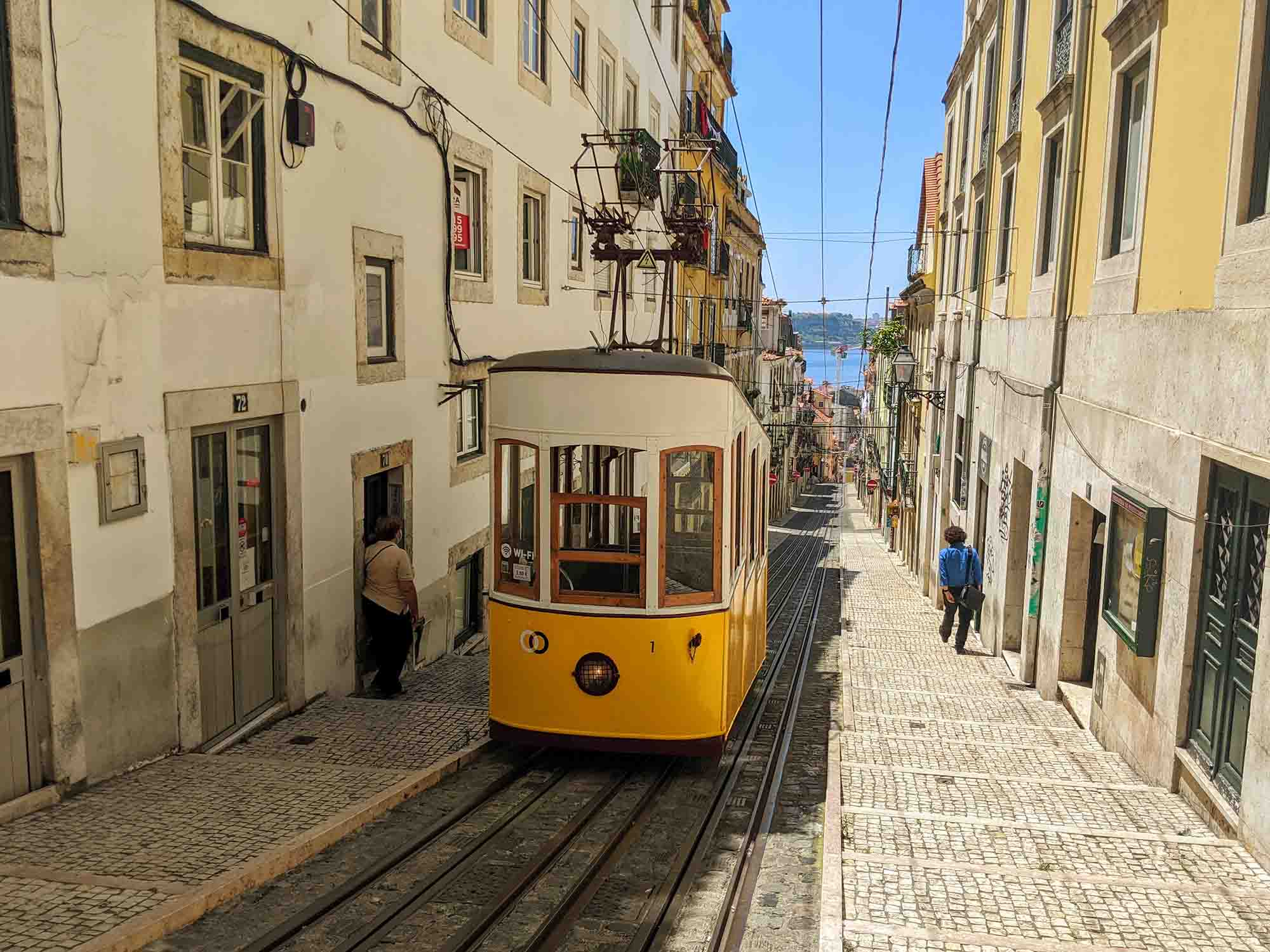 A lot of people that dream of moving to Portugal dream of ditching the car and relying on public transport instead. And you can do this with varying degrees of success, depending on where you live and how determined you are to make this work.

Besides weighing up whether the place you’re moving to is car-friendly, the main thing you need to think about is the lifestyle you plan to have in Portugal. Do you plan to go to the beach a lot? Will you need to take the children to school? Do you prefer to visit small towns rather than big cities? If the answer to these questions is yes, there’s a good chance you might need a car.

But that doesn’t mean you need to get a car as soon as you move here. In the first few months and even the first year, you’ll still be adjusting to your new lifestyle and you will probably be able to get by without a car, or by occasionally renting a car, while you decide what kind of lifestyle you’ll have.

You absolutely do not need a car if you’re planning on living in Central Lisbon or Porto. You will probably never use it in the city centre, it’s difficult to find parking, and there’s so much to see and do in the city centre that you will probably mainly only use it at weekends. If you do want to go away for the weekend, however, a car is going to be essential unless you’re planning on going to one of the main Portuguese cities (e.g. Lisbon, Porto, Aveiro, Coimbra, etc.)

In The Countryside & Small Towns

If you live in the countryside, you will almost definitely need a car. In a small town, you don’t necessarily need one if you can walk to the centre and the supermarket, but you may find that the local public transport is more limited than you expect. Services can be infrequent and, depending on the size of the town or village, may only connect you to the next large town – and probably not to the beach or any of the natural parks. Whether it’s worth it will depend on how often you’re likely to use it: if it’s just at the weekend, you may be able to rely on car rental, at least in the beginning.

The number of services varies considerably from town to town. Larger towns and small cities that act as regional transport hubs will have many options while smaller towns and villages may only have one or two options, often requiring you to get a connecting bus or train at another town.

That’s assuming there is both a bus and a train station. While most towns have bus services, Portugal’s train network only covers some of the country. Even in areas where it covers – like the Algarve, for example – it doesn’t cover every town. Only around half the towns have train stations and often those train stations are quite far outside of the town centre: Albufeira’s train station, Albufeira-Ferreiras, is around 7 km outside and Alte’s train station, Messines-Alte, is around 12 km away. There’s usually a taxi outside most train stations, but you might be taking your chances with some of the smaller ones. And, it isn’t like you can rely on the train home after a late night out: the last train back to Lagos from Faro leaves before 10 pm at night.

However, if you do live in a town with an accessible train station, it definitely opens you up to the possibility of relying on public transport, especially when it’s combined with a good bus service.

Working out what transport is available isn’t always easy. Portugal has a great trains website, cp.pt, and good websites for longer distance bus travel like Rede Expressos or international websites like Bus Bud. There’s also Flixbus.pt, which covers discounted long distance coach trips. However, for local journeys – from one town to another – it can be hard to find bus timetables online. Often you won’t even find them in the bus stop: you’ll need to go into the bus station or tourist information centre to pick up a leaflet. As a rule of thumb, however, you can assume that the biggest towns in the area are likely to be the transport hubs and living here you will have more direct routes to nearby towns.

As mentioned, renting a car at the weekend is an option. It’s definitely not as easy as owning a car, as getting the best deals may involve going to the airport, and there’s always the fear that you’ll be charged for damages you didn’t cause. Becoming a regular customer at your local car rental company can make regular renting a car much easier, however.

Cycling is becoming more common, although there definitely is still an element of risk here, particularly on windy Portuguese roads. But at the right time of year, it is one of the best ways to get around Portugal. And an electric bike will make any hills much more manageable. Scooters, similarly, can be a fun way to get around and take advantage of Portugal’s fantastic weather. They’re also much cheaper than a car, but the downside is that you can’t carry much shopping home.

Taxis and taxi apps, like Uber, are available throughout Portugal, but aren’t necessarily available everywhere. You won’t struggle to get an Uber in Lisbon City Centre, for example, but it may not be an option in many of the small towns in the rural interior. Most small or medium-sized towns will have at least one taxi service in the area, but it probably won’t be a 24-hour service. You may even struggle to get one at 11 o’clock at night.

You can get an idea of how many Uber drivers (or other taxi apps like Bolt of Freenow) are available in a town or area by opening up the app and looking at the area on the map. If you see lots of cars nearby, it’s a good sign.

The Driving Isn’t So Bad

So, if you’re determined to live car-free for cost or environmental reasons, it is possible, particularly if you choose the location with this in mind. If, on the other hand, you’re avoiding getting a car because you’re nervous about driving in Portugal, this is a fear that’s worth getting over. Yes, it takes a bit of getting used to, but you will adjust after a few weeks.

So, can you live in Portugal without a car? Absolutely, although it does depend where you live. A car isn’t necessarily in many of the larger cities but it would be almost impossible to live without one in the Azores or many parts of inland Portugal.