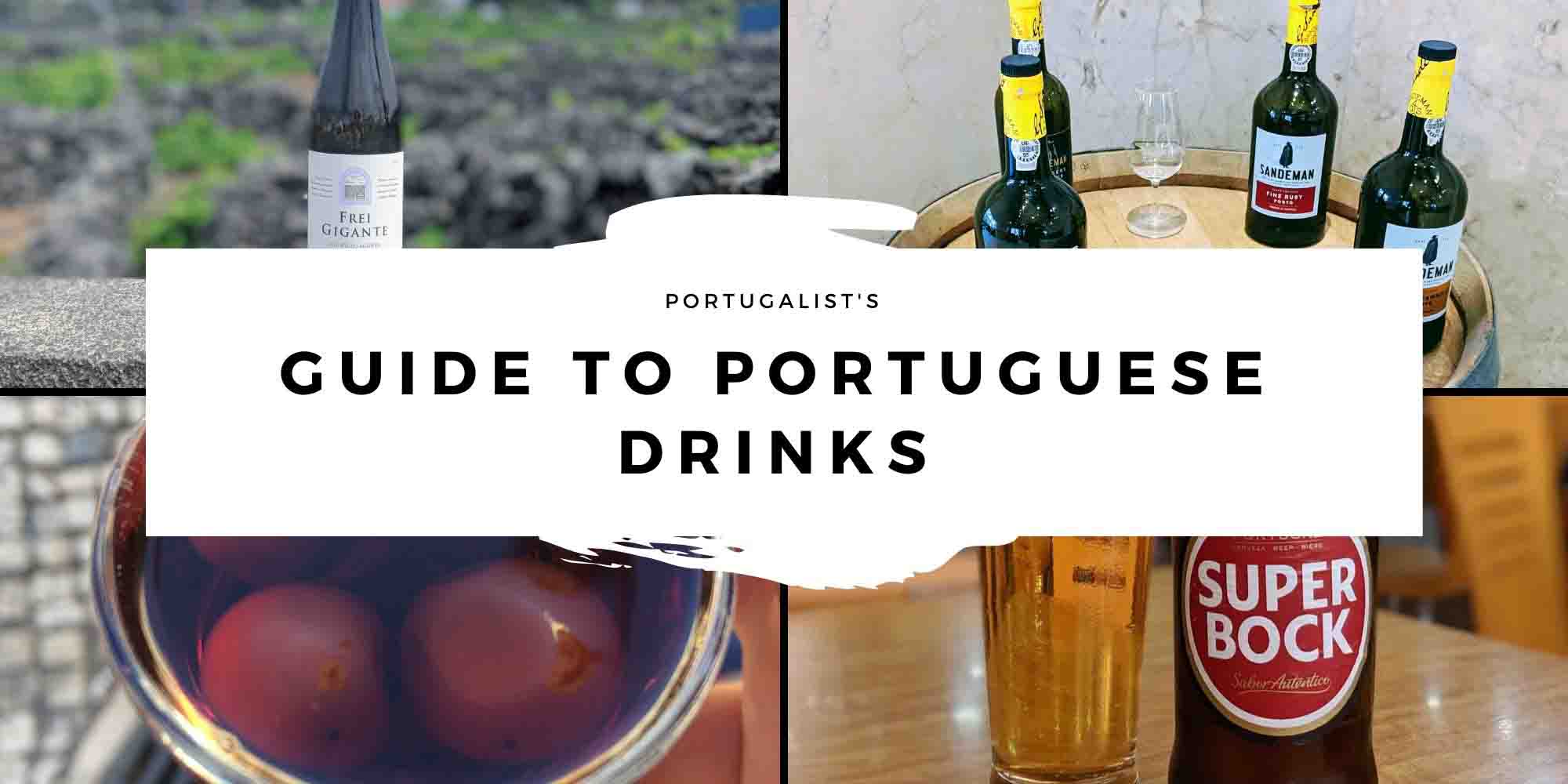 What you should eat while you’re in Portugal is something that’s been covered a lot on Portugalist, but what about drinks? Obviously you’ll drink Portuguese wine and beer with your food, but which wine or beer should you drink? And what about after or even before your meal?

This guide covers all the different kinds of liquids that you can put into your body while you’re in Portugal.

While many of us know a little about French, Italian, or Spanish wine, for most people, even wine experts, Portuguese wine is uncharted territory. Even people who live in Portugal never really get to grips with it: they usually pick one or two wine regions that they know are generally good and stick with those. 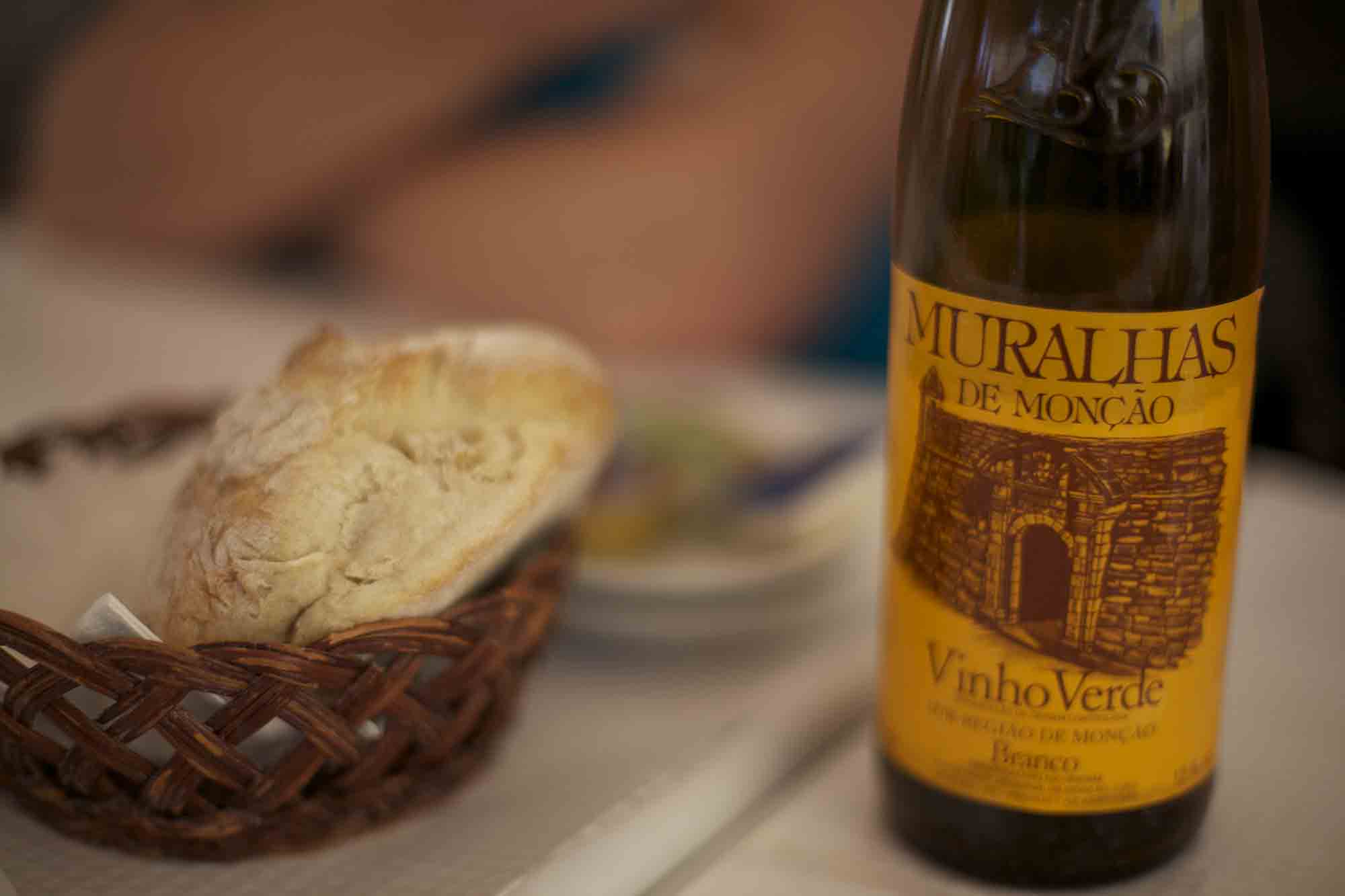 The best place to start is with Vinho Verde, a wine and region in the North of Portugal. This is a light, low-alcohol, sometimes spirtzy white wine that’s very easy to drink.

For reds, look out for wines from the Douro. This is universally considered to be the best wine region in Portugal, and a good, safe bet for quality Portuguese wine. After that, the Alentejo and Dão are two other good regions for red wine.

You may have tried Port wine before but, chances are, it isn’t something that you drink a lot. All that’s about to change. Anyone who lives in Portugal, and especially takes a trip to Porto, quickly learns what the fuss is about and becomes a port fanatic. 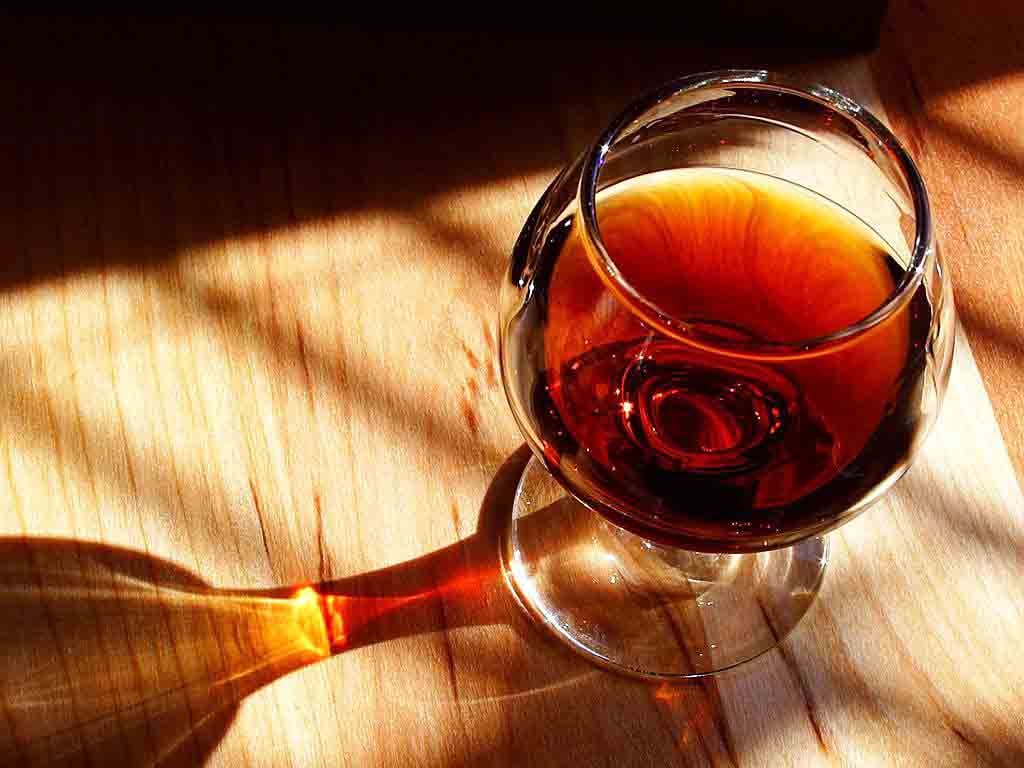 The best place to start with Port wine is a Late Bottled Vintage (LBV). This has the majority of qualities of a Vintage Port, which is mainly what people get excited about, but it’s normally a fraction of the cost.

White port is also a bit of a crowd pleaser, and a good Tawny (10 year+) is also worth trying as well.

Medronho (Aguardente de Medronhos) is a spirit that’s made from Medronho berries, which grow wild throughout Portugal especially in the Algarve and Altentejo regions. While you can buy it in supermarkets, a lot of people in Portugal make Medronho at home or buy it from somebody who makes it at home. The supermarket Medronhos typically have around 40% alcohol, similar to vodka or whisky, but the homepage varieties can be a lot more potent.

You’ll sometimes get given a shot of Medronho after a meal in Portugal, and it’s increasingly being used in cocktails as well.

One Medronho-based drink that’s been around for a long time is Melosa, and it’s something that you can easily find in the Algarve. Made from Medronho, honey, cinnamon, and lemon, it’s often served after a meal or as a cold remedy.

Moscatel is a type of sweet, dessert wine that’s definitely worth trying, particularly if you enjoy dessert wines like Port. There are two regions in Portugal that really produce Moscatel, Setúbal and the Douro, but Setúbal is probably the most popular of the two and the best one to start with.

Coffee is a big part of Portuguese life. That’s not to say they drink a lot of coffee: most people drink anywhere between 2 and 5 coffees per day, and these are spaced out throughout the day. Depending on how much of a caffeine addict you are, that may or may not seem like a lot. 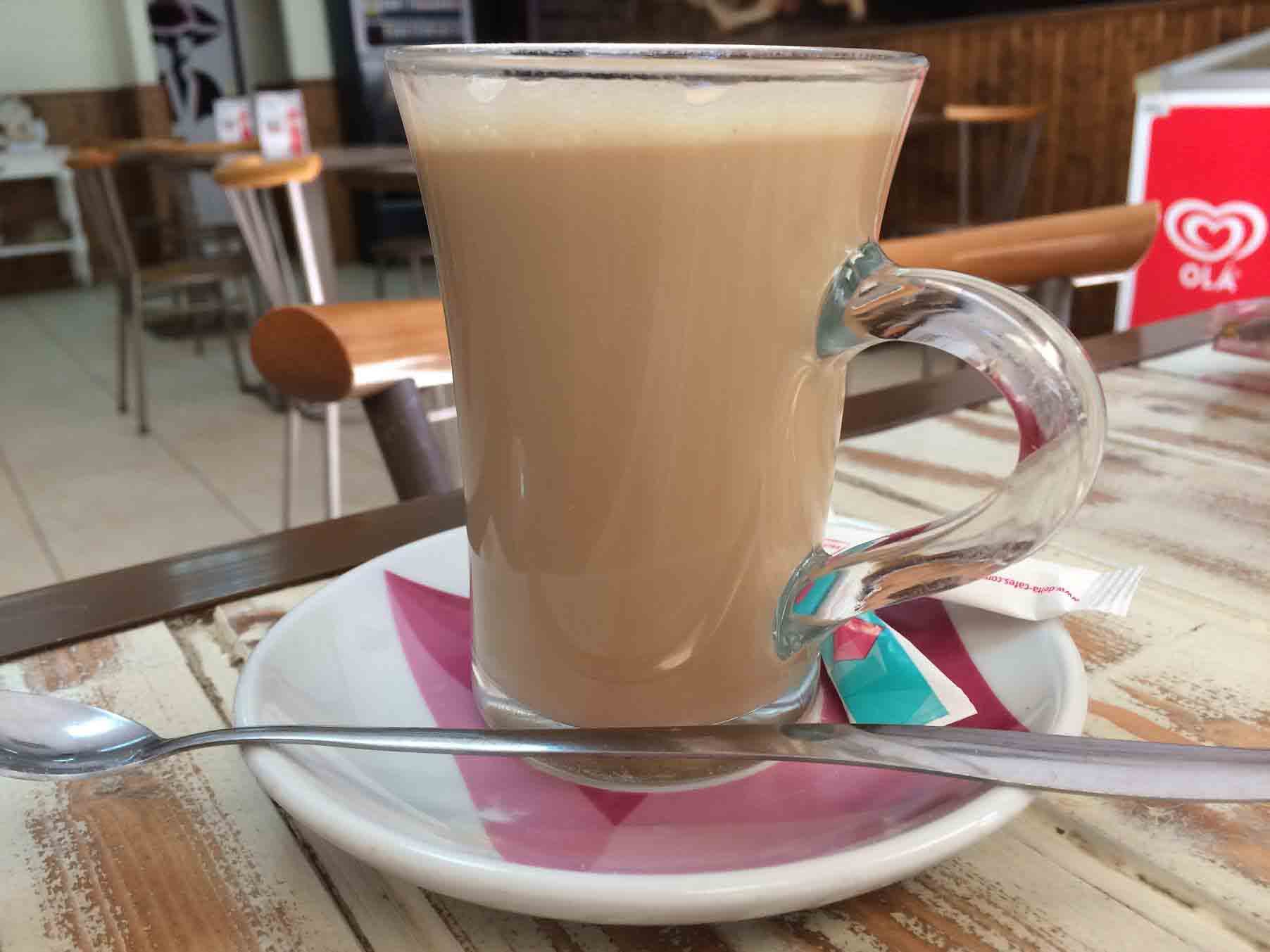 Milky coffees like a meia de leite or a galão are common in the morning, but espresso-style coffee (café) is more common during the rest of the day. 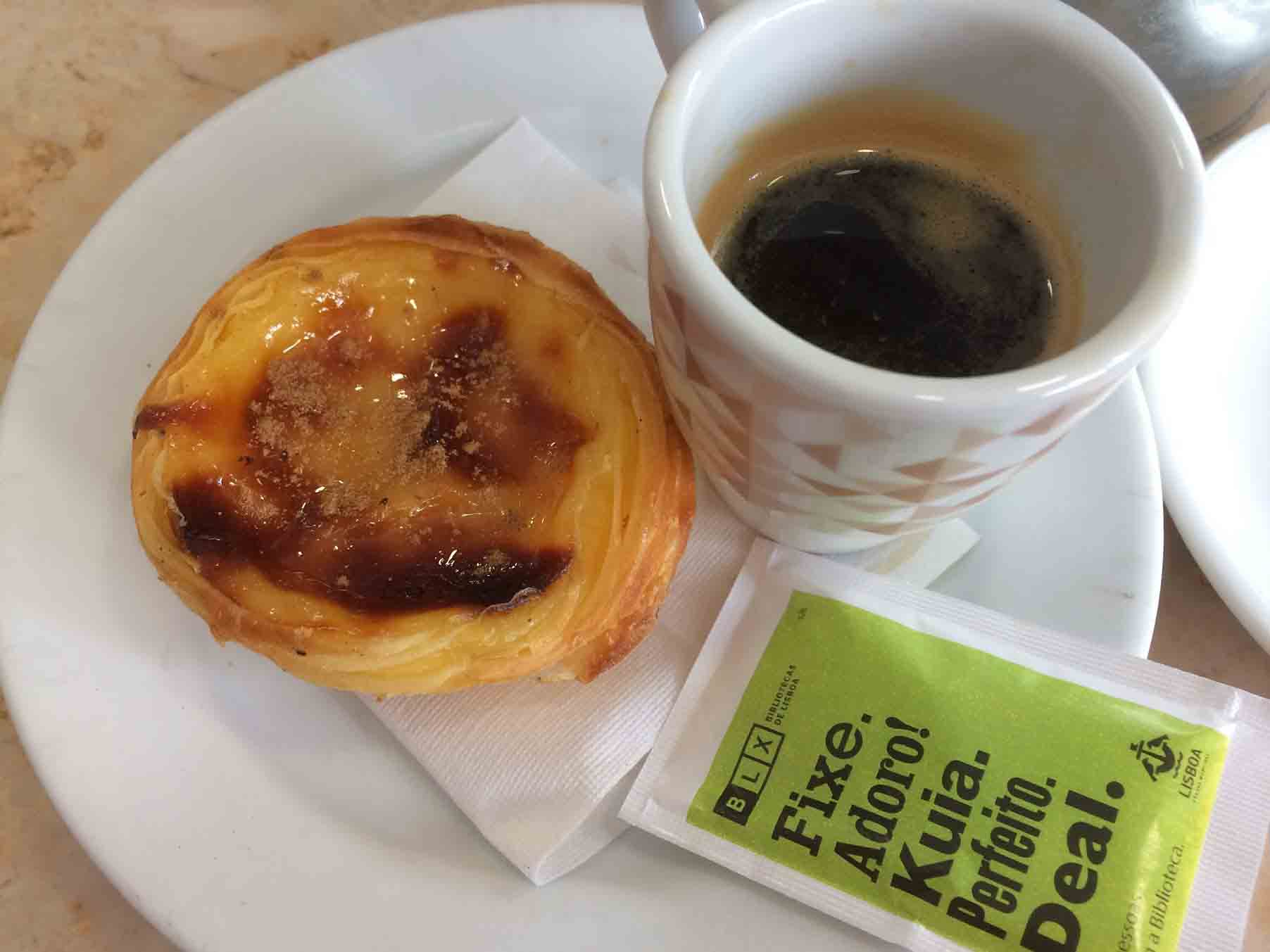 Plenty of countries drink a lot of coffee, but what makes coffee such a big part of Portuguese life is the fact that so many people go out for coffee. Although more and more people drink coffee at home or at work, most people still drink a lot of their coffee at the pastelaria (local coffee shop). You’ll see a pastelaria on just about every street in Portugal and, despite how common these are, you’ll rarely see an empty one.

Ginjinha (or Ginja) is a slightly sour Portuguese liquer that’s made from cherries, aguardente, sugar, and other ingredients. 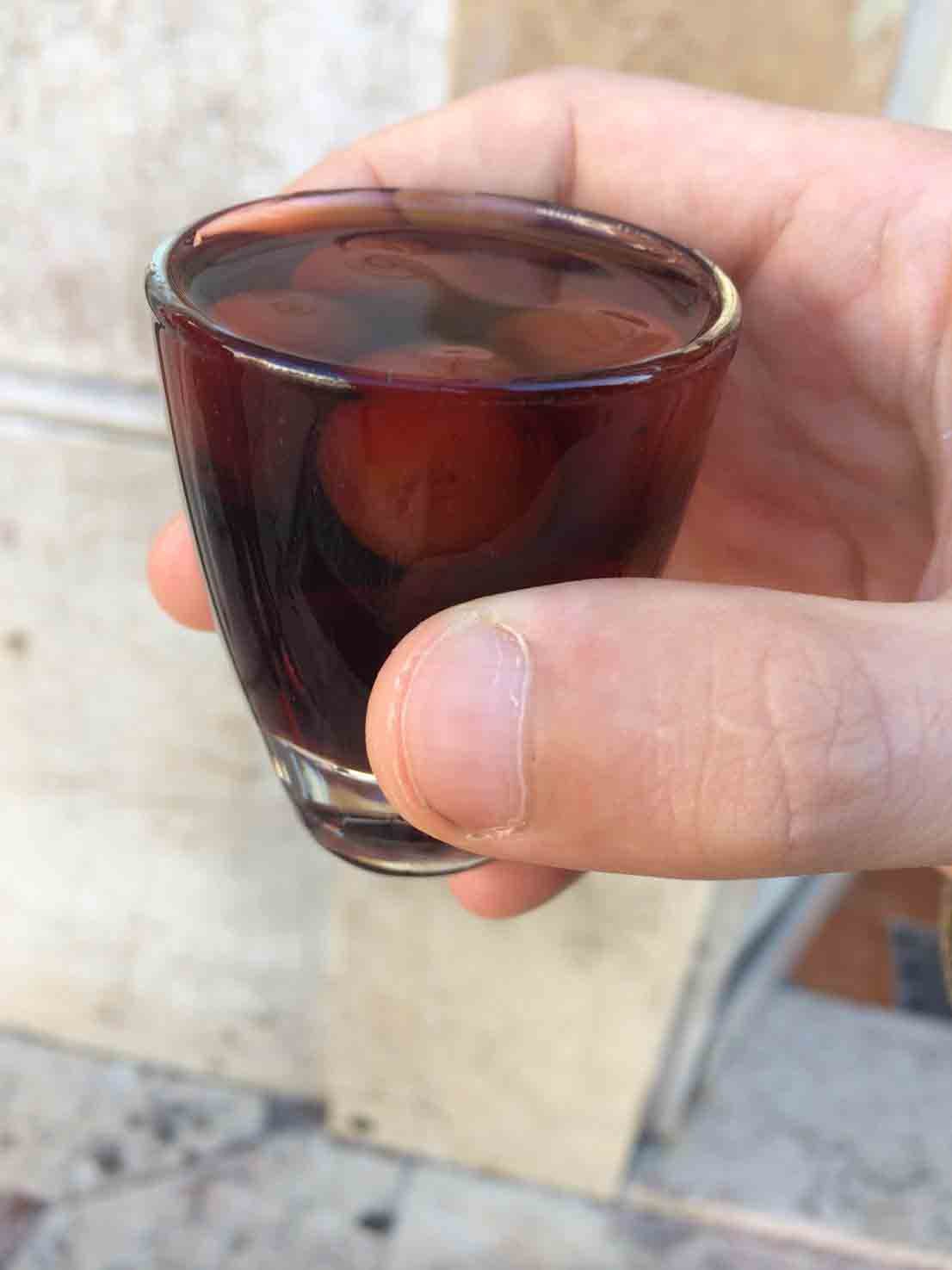 It’s typical in Lisbon, and definitely worth trying while you’re here, and it’s also common in Alcobaça and Óbidos. In Óbidos, Ginjinha is normally served in a shotglass made from chocolate. Although that’s not really typical in Lisbon, more and more vendors have adopted the chocolate cup and begun serving Ginjinha that way.

Portuguese beer isn’t traditionally a very exciting subject: in mainland Portugal, you normally drink either Super Bock or Sagres depending on where you come from. Super Bock is made in the North so is more popular there, while Sagres is more popular in the South.

Most newcomers to Portugal seem to prefer Super Bock and, as you won’t have any loyalty to a local brewery, this is a good one to start with. If you visit the Portuguese islands of Madeira and the Azores, you’ll also have the chance to try Coral (Madeira) and Especial (the Azores).

Portugal also has a growing craft beer scene, particularly around Porto although it’s becoming more and more popular across the country as well.

Portugal isn’t traditionally a gin-producing country but, over the past few years, a number of small and large gin producers have popped up across the country. 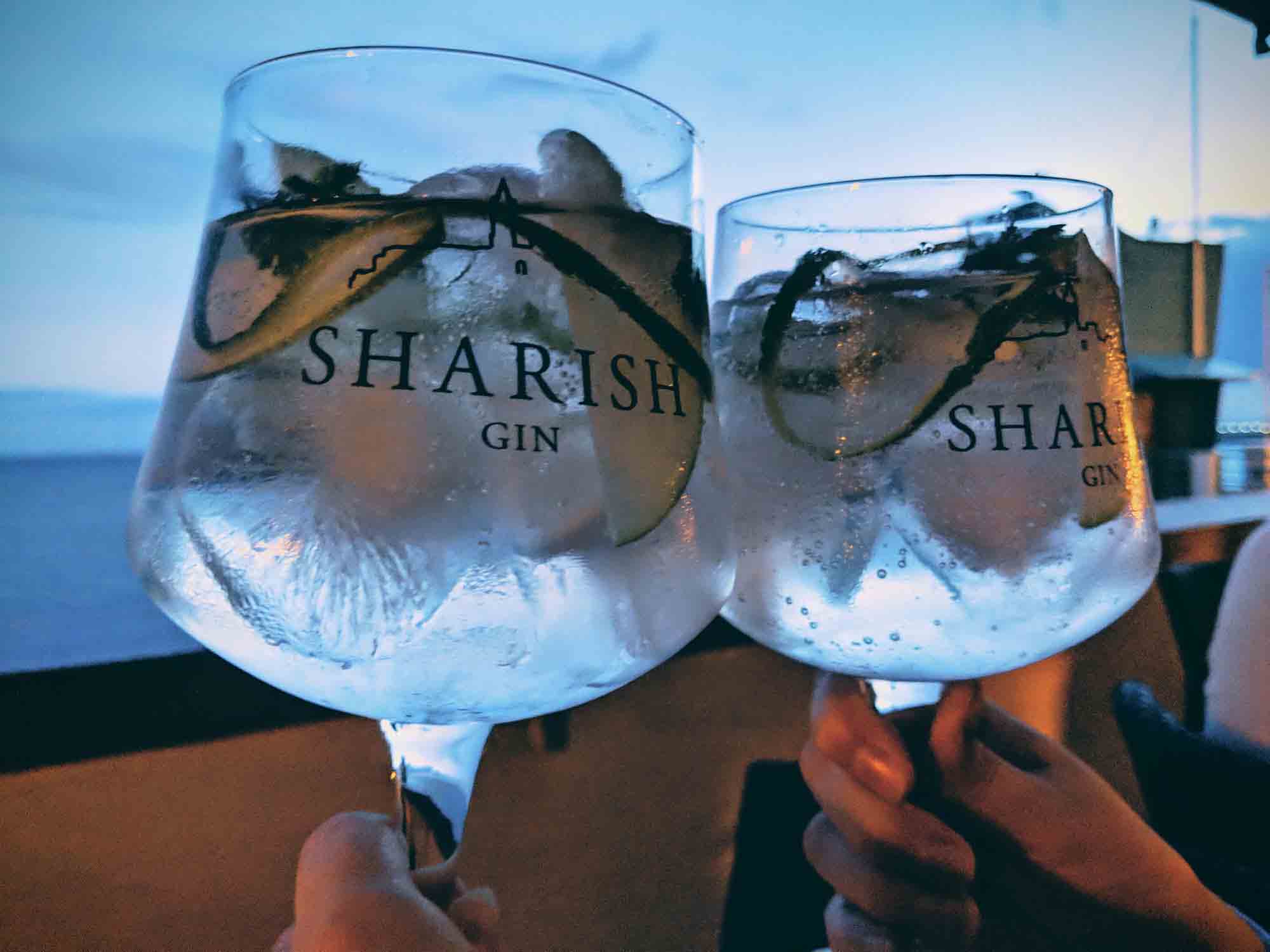 Some of the larger producers, like Big Boss and Sharish, are available in most Portuguese supermarkets and also offer tours of their distilleries. The smaller ones are a little harder to find, and you may have to scour a few different garrafeiras to get them.

Read more: Portuguese gins that are worth a tipple.

Beirão is a drink that you’ll see in just about every café and bar in Portugal, and eventually you’ll get curious enough to try it. It’s made from 13 seeds and herbs from all around the world, like eucalyptus, cinnamon, rosemary, alecrime, and lavender, and it’s slightly sweet with a kind of herby and medicinal flavour.

It’s often drunk neat, and it can also be used as part of a cocktail as well.

While France is undoubtedly the first country most people think of when they think of brandy, it isn’t the only country to produce it. Brandy is made all over the world, including in Portugal where the most common brand is Macieira Brandy.

Unlike Cognac, Portuguese brandy doesn’t have a big international market. In fact, even internally, the market is mainly limited to older Portuguese men who like to have a glass or two with their coffee.