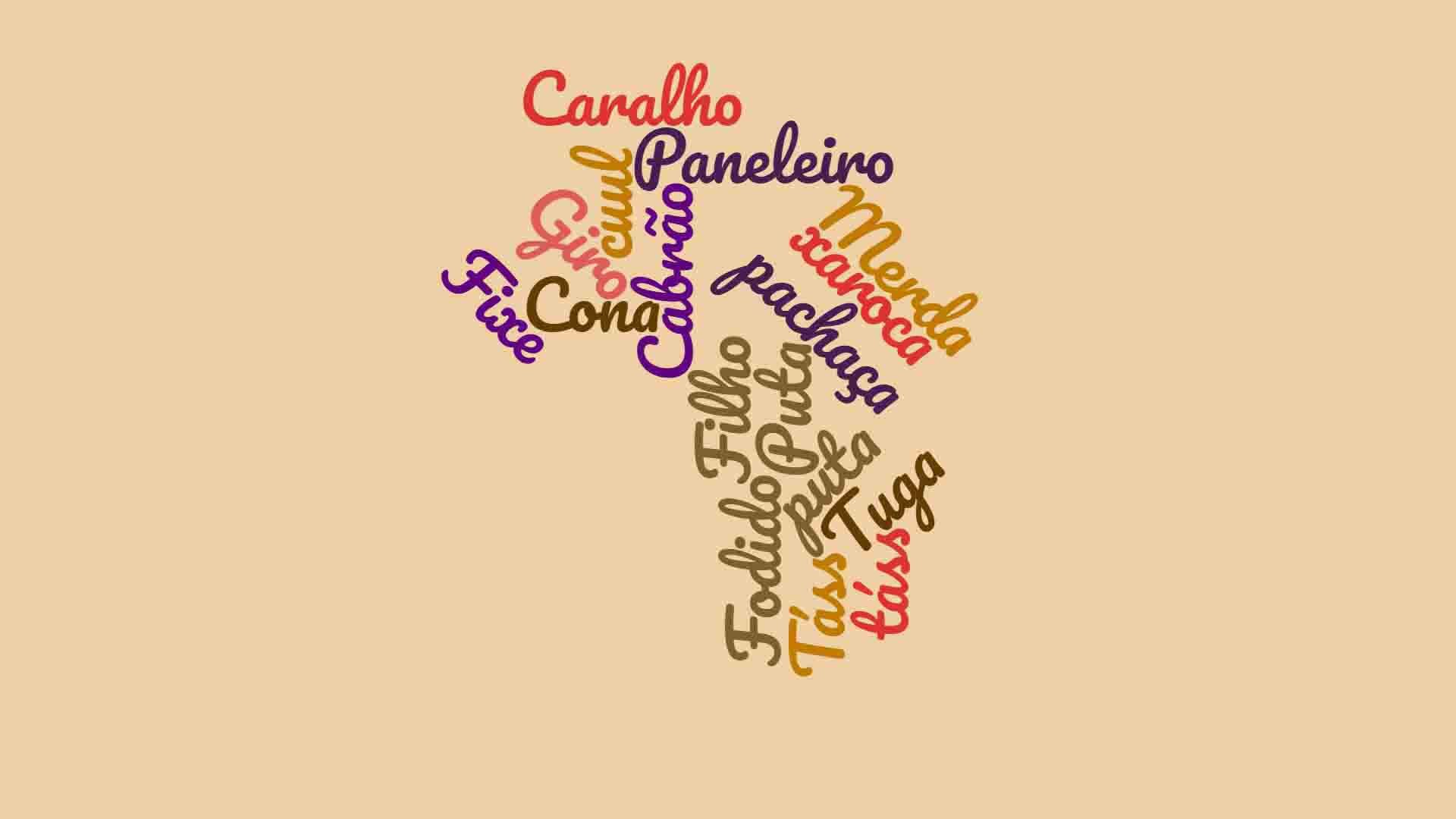 Do you need to know Portuguese slang or swear words? Probably not, but you will come across quite a few of these words as you learn Portuguese.

Pronounced as feesh (almost sounding like fish), fixe means cool or nice and it’s a word you’ll commonly hear in European Portuguese (Brazilians use the word “legal” instead).

Bué means a lot, and it basically means a lot or very. It’s commonly used with the word fixe.

Tuga is slang for a typical Portuguese person (a Portuga). This used to be a derogatory that was mainly used in the former Portuguese African colonies, but is a word that the Portuguese have decided to own.

Merda literally means shit although depending how it’s used it can mean fuck. It’s commonly used in Portugal, and isn’t really considered that offensive.

Gajo and tipo are two commonly used words which mean guy (or dude if you’re American).

Literally caralho means cock or dick, but it’s often used to mean fuck instead. Vai pró caralho, for example, literally means go to dick, but probably would translate better as go fuck yourself.

Often you’ll see “de caralho” after a word and it’s essentially the same as adding the word fucking before it. É do caralho, for example, means it’s fucking hard. You can also say é fodido or é uma foda. Basically, the Portuguese have a lot of expressions for how fucking hard things are.

Foder meaning “to fuck” is a word that you’ll often hear in Portugal, usually when someone is telling you to go fuck yourself.

Fodido means fucked, and normally it’s used to say that something is fucked. It comes from the verb foder.

Porra is another word meaning fuck and one that comes up often.

There are a lot of different words for dick in Portuguese. Here are just a few:

Similarly, there are several slang words for pussy in Portuguese.

Vai mamar na quinta pata do cavalo means go suck on the 5th leg of a horse. It’s probably something you’ll never hear, but it’s so poetic it had to be included.

As to whether anyone actually says this, that depends on who you ask. There is a similar expression, vai mamar na cona da tia, which is a lot more offensive but maybe more suitable if there are no horses nearby.

Filho de puta means “son of a whore,” “son of a bitch,” or “motherfucker”. Basically, it’s an insult against the other person’s mother. While you can call someone a filho da puta in a jokey way, it’s very offensive if it’s not in a fun context.

Weirdly, puto is slang for boy (and not considered offensive).

The English equivalent of paneleiro would be something like fag or queer. It’s not a very nice or politically correct term, but one that you might come across.

Brazil famously uses the word bicha to mean queer whereas that means a queue or line in Portugal. In Brazil, they use the word fila.