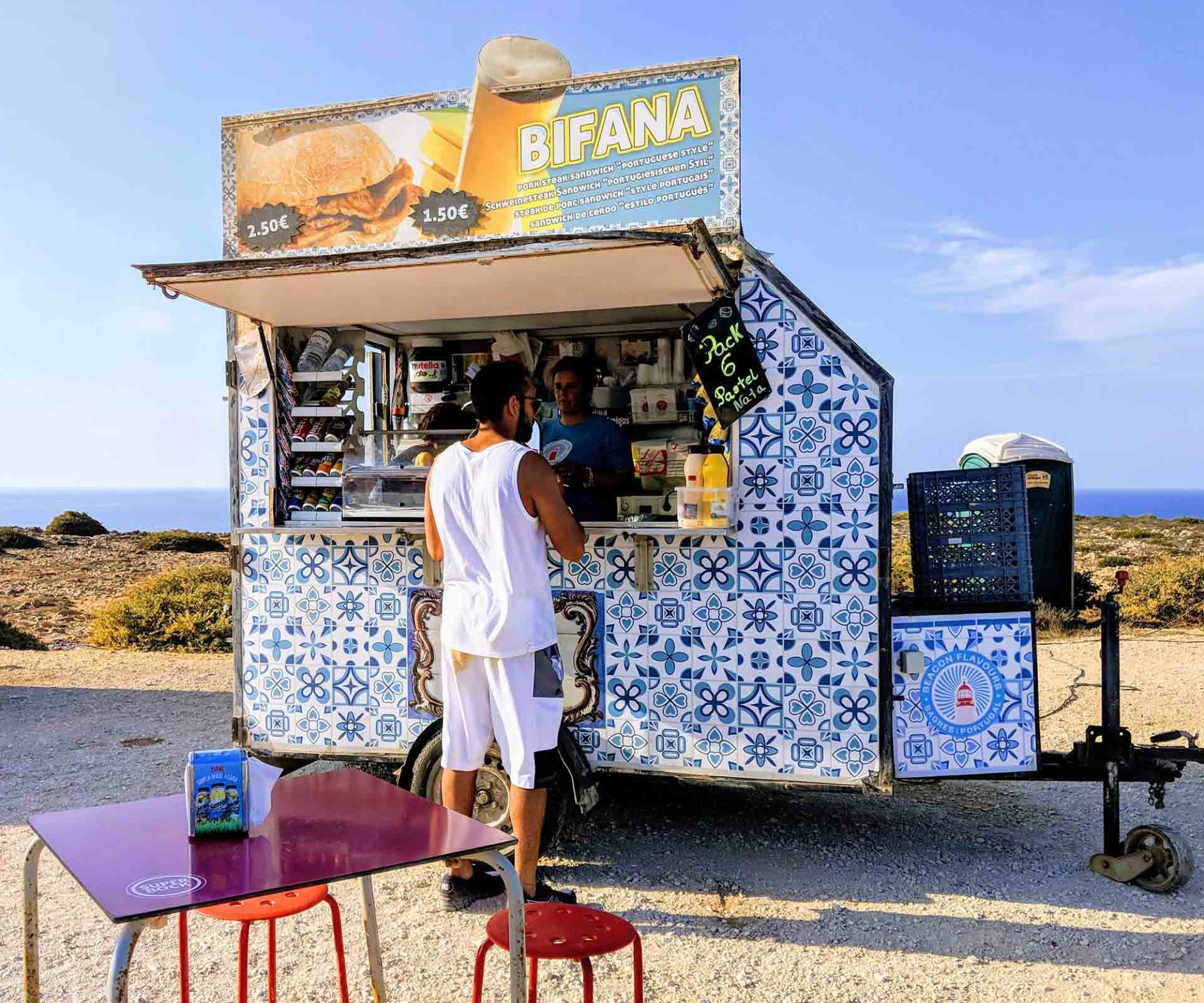 While there are some foods that could be considered Portuguese street food, the reality is that it isn’t a part of Portuguese culture in the same way as it is in Asia or other parts of the world.

Portugal actually has several sandwiches (like the bifana, prego, or leitão sandwich) as well as snacks like rissóis and pastéis de bacalhau that could easily be eaten on the go, but they never are. Instead, people will go to their local café, sit down, and have their food there at a very leisurely pace.

Street food just isn’t a part of Portugal’s culture or food. If you really want to get to explore Portugal’s food scene, you’re better off focusing on the Portuguese café and how much of a central role it plays in Portuguese daily life.

That said, there are a few Portuguese dishes that are eaten on the go or at festivals and other outdoor events and they’re the closest things to street food that Portugal has.

Castanhas Assadas are roast chestnuts, and they’re cooked until the outer skin of the chestnut splits and you can eat the warm interior flesh. During the winter months, and especially during festivals like São Martinho, you’ll often get a whiff of a roasted chestnuts in the air and it’s a sign that winter has arrived. 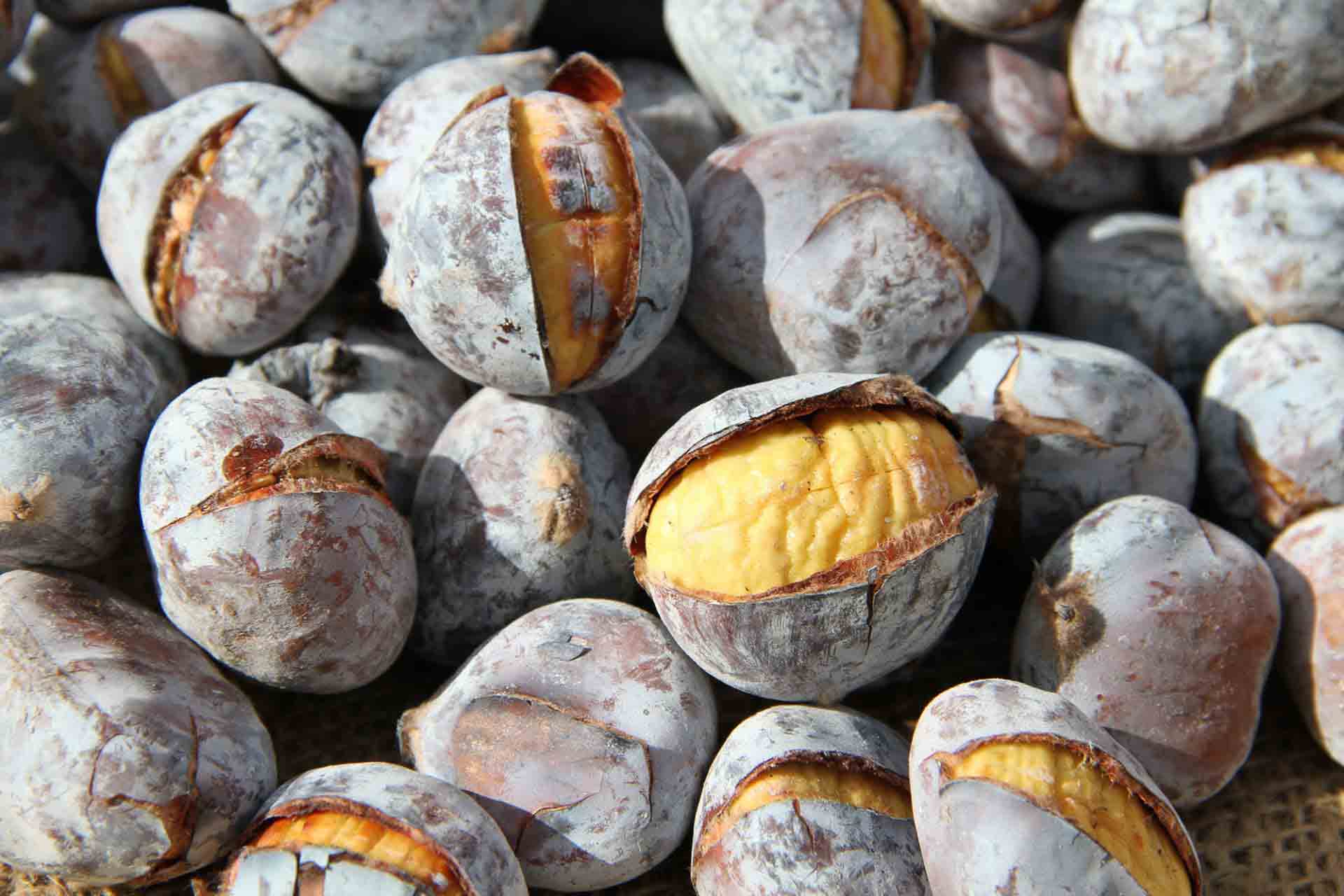 Look around for the street vendor, and grab yourself a bag: they’re delicious, and one of the few Portuguese foods that you get to eat on the go.

Most people know what churros are, but few have ever tried its more Portuguese cousin: the fartura. 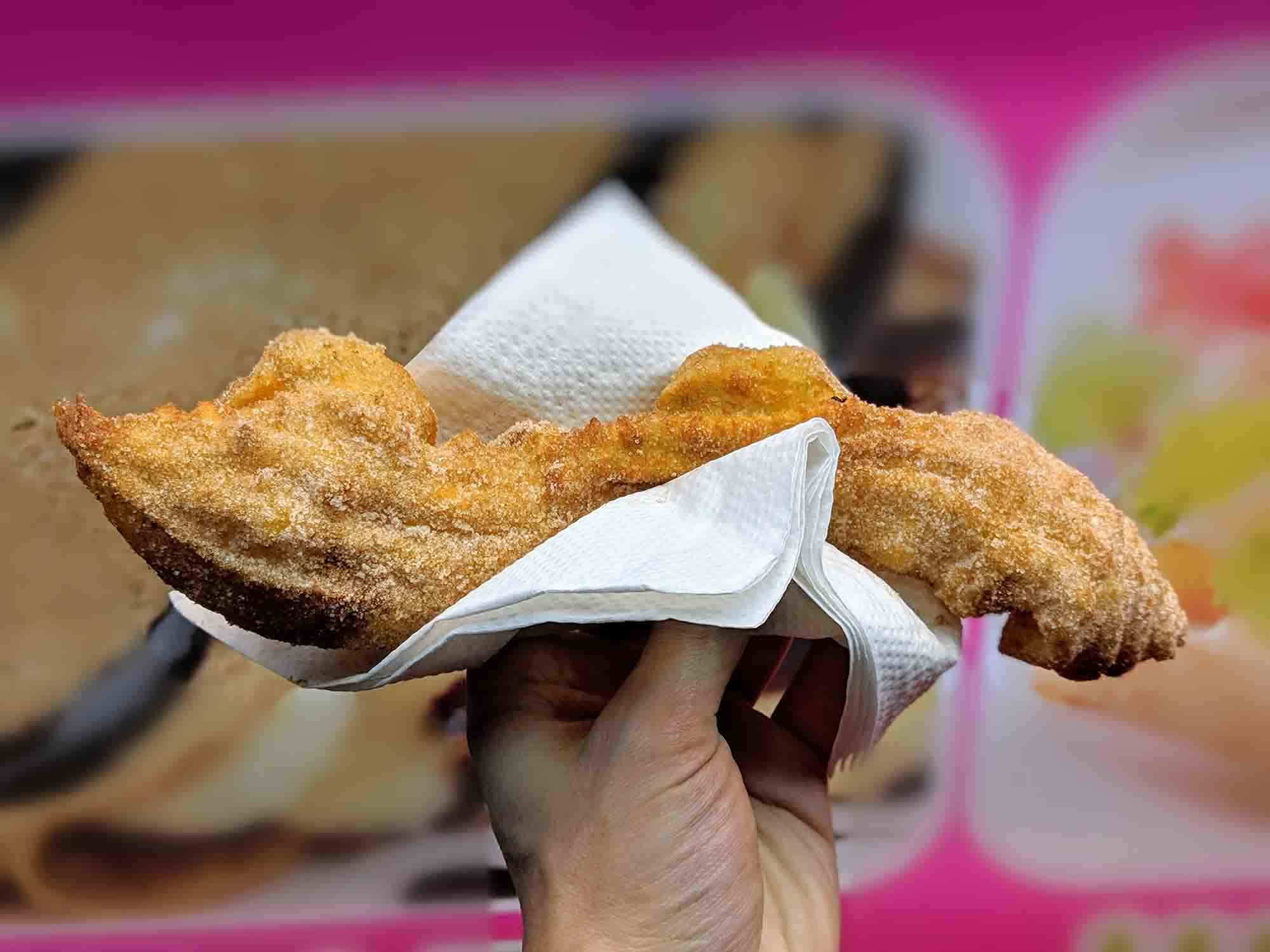 Farturas and churros are sold from fast food vans at festivals, major events, and anytime there’s a big social gathering. They taste like doughnuts, and have a slightly lemony taste, and are definitely worth a try.

Dried Octopus (Polvo Seco) tends to be most common in the South of Portugal, particularly around the Algarve. You’ll find it in very traditional street fairs like Feira de São Martinho in Portimão.

This is quite a strong-smelling snack, and probably not something that a lot of people are brave enough to try. It’s essentially octopus that’s soaked in brine for several days and then dried in the sun for several days. At the fairs, it’s placed on charcoal grills to warm it up.

Bolas de Berlim are Berliner doughnuts that are stuffed with doce de ovos as opposed to jam. You’ll find Bolas de Berlim in most cafés but, in the summer months, you’ll also find vendors selling them on the beach ringing a bell and shouting “olhá a bolinha”. 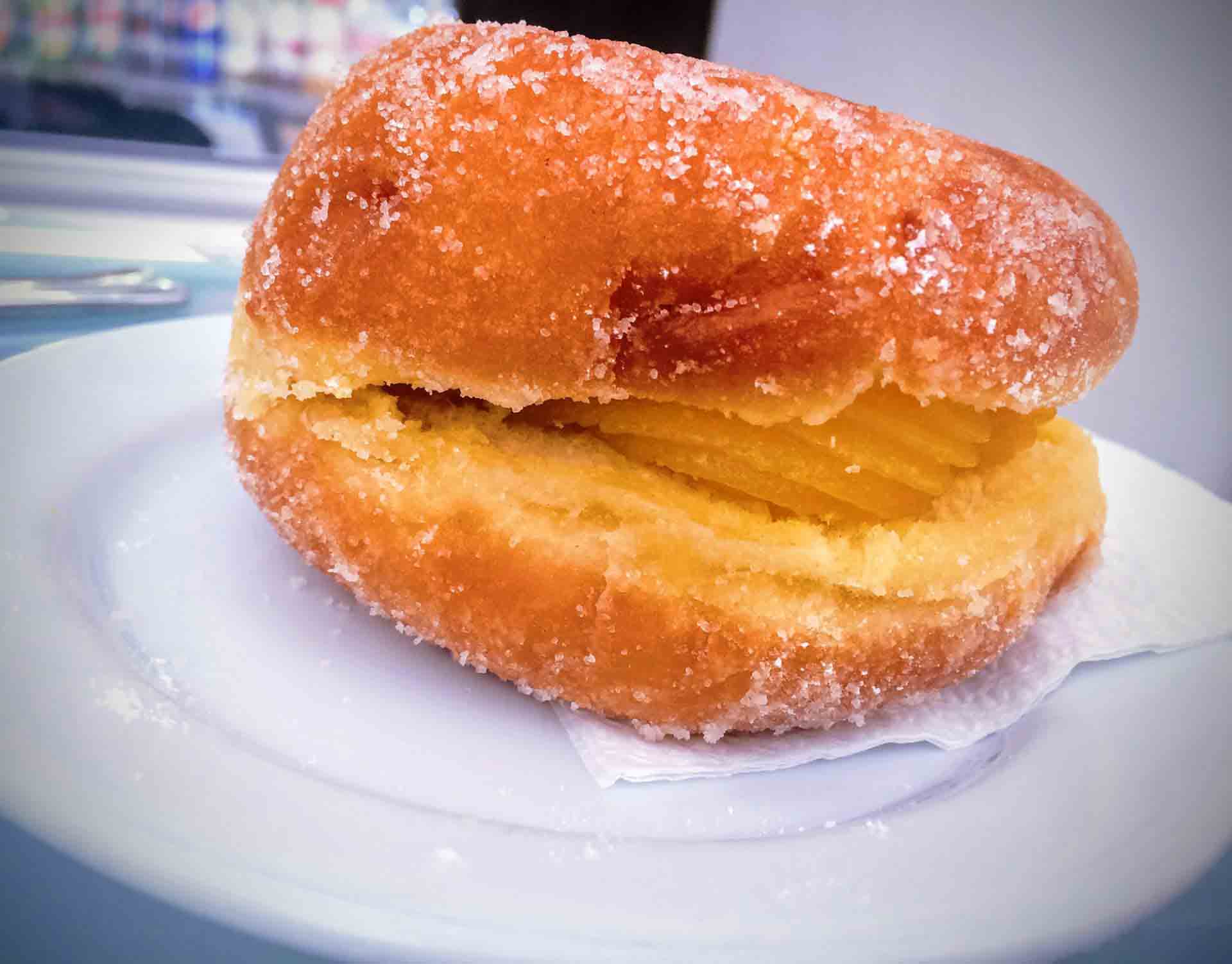 The bifana isn’t usually street food: if you want a bifana, you go to your local café and have one there either sitting down or at counter. Occasionally, though, you do see food trucks selling bifanas at festivals and outside of nightclubs, and so in these situations it could be considered street food.

Read more about the bifana.

Have you tried any Portuguese foods that could be considered street food? What did you think? Share your thoughts by leaving a comment below.