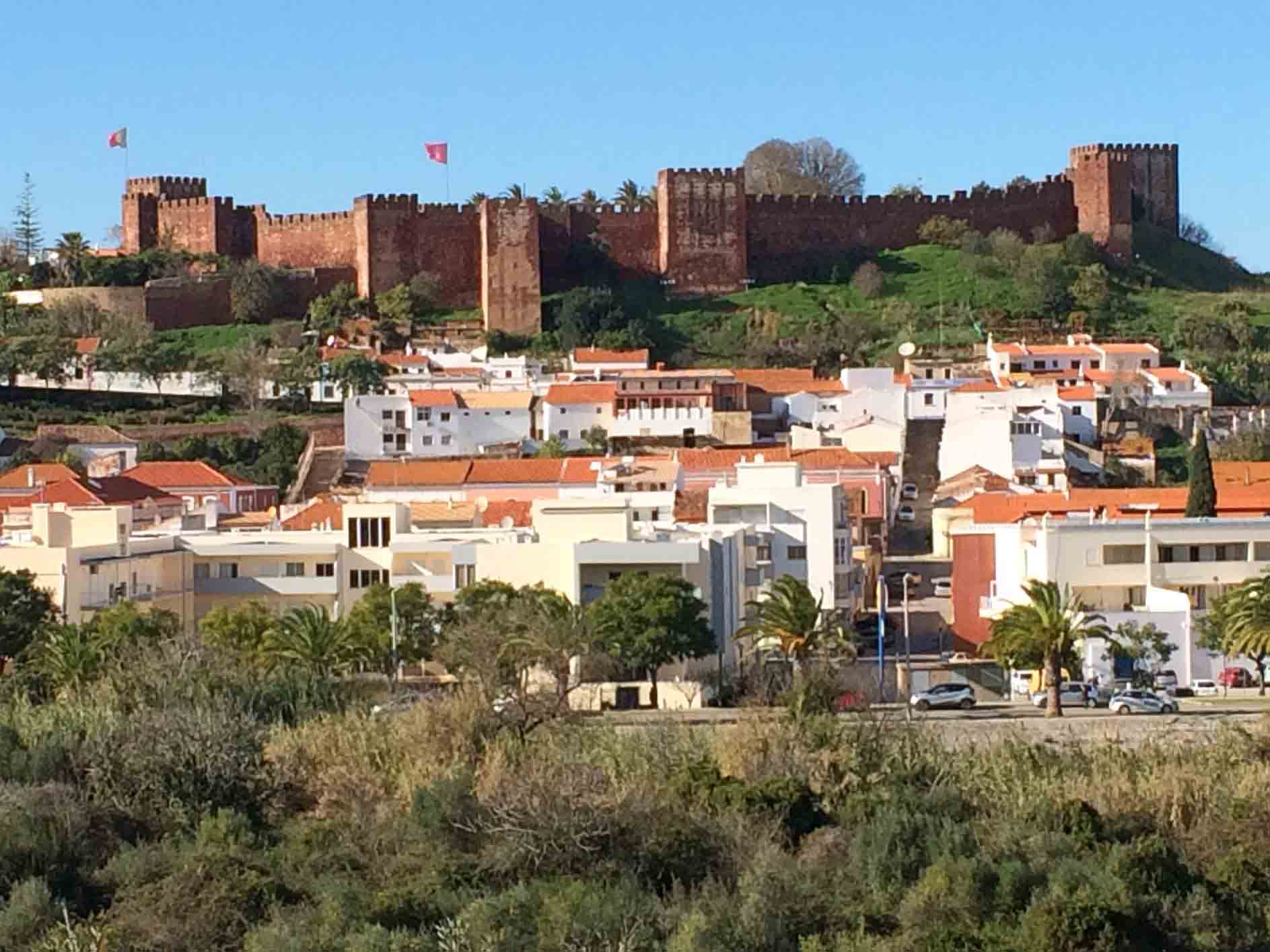 When you think of the Algarve, medieval castles isn’t the first thing that comes to mind. But the Algarve does have several castles, one of which is located in Silves.

Believed to have been built during the Roman or Visigoth period, it wasn’t until the Moorish occupation of the Algarve that Silves Castle really developed into the impressive stronghold that you see today. This period lasted from around the 8th until the 12th or 13th Century.

This castle is definitely one of the best-preserved examples of Moorish Castles in Portugal. There are other castles in the Algarve that you can visit, such as Aljezur Castle and Tavira Castle, but Silves tends to be a better example of the period. If you’re interested in history, and in particular Portuguese history, then a visit to Silves Castle is a definite must — especially if you’re staying in the Central Algarve.

Silves is a fantastic, central location from which to base yourself while you’re in the Algarve. There are plenty of accommodation options, including a hotel and several guesthouses.

You can also visit the town of Silves and Silves Castle as part of a day trip, either self-organised or through a tour company. Visiting Silves Castle only takes most people an hour or two. Add on Silves Cathedral, Silves Town Centre, and lunch at one of the many great restaurants in Silves, and you’ve got a decent half a day trip. Café Inglés and Recanto dos Mouros are both just around the corner from the castle, but if you take the time to walk through the town you’ll find plenty more recommended options including Rui Marisqueira, Churrasqueira Valdemar, and Taberna Almedina.

There’s a café in Silves Castle itself (Café Castelo de Silves), ideal if you want to break up your exploration with a cup of coffee or a cold drink.

Silves Castle is open every day (except for Christmas Day and New Year’s Day).

Silves Castle hosts events throughout the year. During the Feira Medieval (Medieval Festival) in August there’s a nightly concert or spectacular. If you’re in the Algarve during August, this is definitely worth attending.

The easiest way to get to Silves is by car. If you haven’t hired a car the other options are bus, train, and taxi.

There are frequent trains to Silves from the nearby coastal towns including Albufeira, Lagos, Ferragudo, and Portimão. The only catch with taking a train is that Silves train station is not in Silves town centre — it’s about 2 km outside it. Getting a taxi from Silves Gare (Silves’ train station) to Silves town centre is easy, however. You can also easily get a taxi back to Silves Gare: there’s a taxi rank in Silves town centre opposite Burger Ranch (map). Trains can be booked on CP.pt, and you can get the ticket sent as an SMS to your phone. Alternatively, you can buy your tickets at the station.

Bus travel is another option, and sometimes an easier one. There are regular buses to Silves from Albufeira, Portimão, and Armação de Pera.

Although there’s free parking throughout Silves, the streets in the town centre are quite narrow. It’s much easier to park in one of the car parks on the edge of the town. The main car park (free) is located next to Burger Ranch, beside the river (map). From here the castle is a 1 km (10-15 minute) walk, giving you a chance to see some of Silves Town Centre.