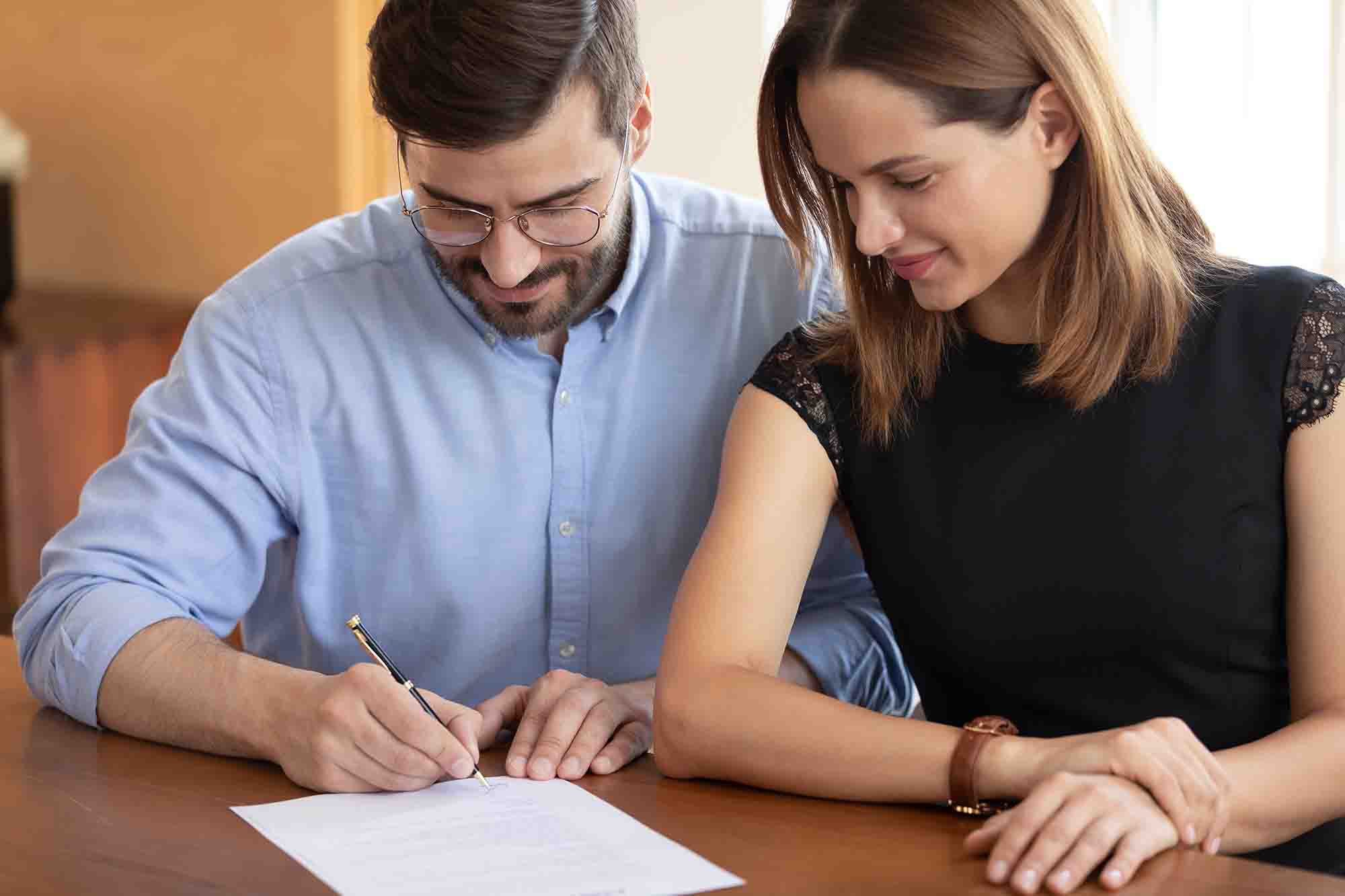 Although putting down a deposit is a normal part of the buying process in many countries, in Portugal this is a much bigger step as the promissory contract (Contrato de Promessa de Compra e Venda or just CPCV) makes it difficult for either the buyer or seller to pull out.

The promissory isn’t a legal requirement: you can jump straight to the deeds (escritura). However, it offers a lot of protection to the buyer as it forces the sale to go ahead. Some sellers may suggest you skip it so you can both reduce your legal costs, but doing so offers you a lot less protection.

When signing the promissory, the buyer will typically need to put down a deposit (sinal) of 10%. There’s no fixed amount, and it’s not unheard of for the seller or seller’s agent to ask for a higher deposit, but 10% is common. The terms of the promissory contract usually state that if the buyer pulls out, they lose the deposit. If the seller pulls out, on the other hand, the seller usually has to pay the buyer double.

Why the Promissory Contract is a good thing

Although it can be stressful signing a contract with such strict terms, it should be seen as progress. Up until this point, it’s very easy for the seller to pull out and many do.

In Portugal, it’s not uncommon for the seller to pull out because:

Signing the promissory contract or CPCV means the sale is more than likely going ahead. It could still fall through, but at least you’ll have doubled your deposit.

Getting Everything On Paper

Another important aspect of the promissory contract is that it gets everything down on paper and signed by both parties. You may have spotted some problems when you were viewing the house. There may be some paperwork that’s missing. Some of those problems warrant getting a survey done.

Often when you raise these issues, you’ll get told “it’s fine” or “don’t worry.” Sometimes this is the seller’s agent just being friendly, but sometimes they’re trying to just push the problem away in the hope that you’ll just sign the dotted line and buy the place.

The CPCV prevents that from happening as you can dictate the terms of the contract as can the seller. It’s also common to state that the sale is contingent on your mortgage being approved for the sale amount and contingent on the survey or property inspection not revealing any major problems.

It’s also common for the CPCV to state what will and won’t be left in the property when the sale is complete. It’s not unheard of for the seller to take everything (literally including the lightbulbs) but equally not unheard of for them to just leave everything, especially if they’re selling the property after a relative has died and don’t want any of the dated furniture.

Details you can expect to find on the promissory include:

The deposit is normally paid by cheque or bank transfer and made out either to the seller or seller’s lawyer (escrow isn’t typical in Portugal).

Camille Ramiere is a buyer’s agent who represents prospective buyers looking to purchase property in Portugal (AMI: 16729). For more information about her and her company, Bloom Spaces, contact her here.