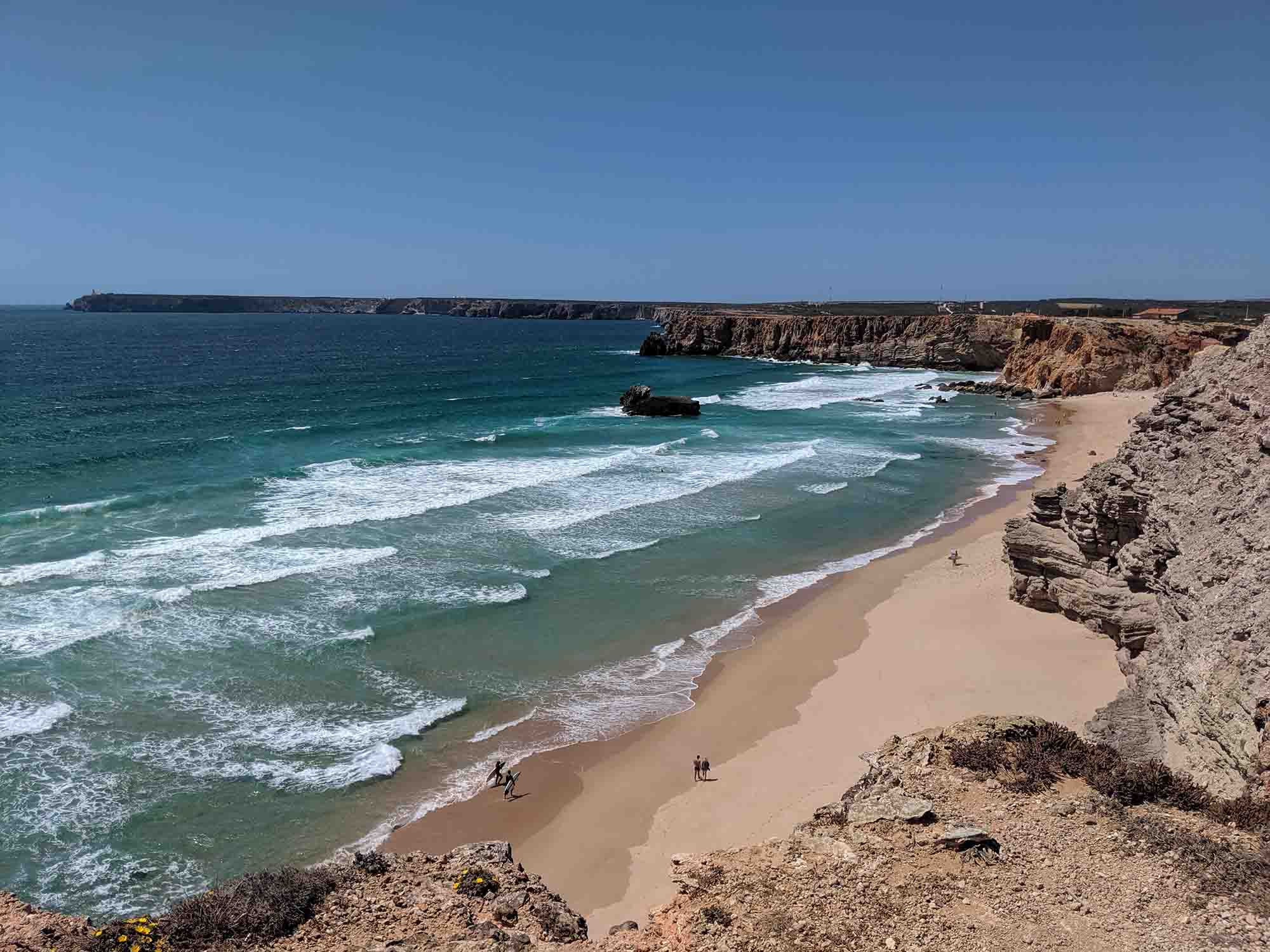 With more than 300 days of sunshine and it’s relatively low cost of living, the Algarve is one of the most popular expat destinations in Europe.

The Algarve is roughly 155 km in width, and the region stretches from the Atlantic on the West Coast to the Spanish-Portuguese border in the East. Within the Algarve, you’ll find all different styles of living and all different types of people that move there.

There’s the Golden Triangle, for example, which is known for its gated villas, Michelin-star restaurants, and yacht-owning residents. Then there are places like Monchique, the mountainous and rustic spa town, that attract a more alternative, yoga-loving crowd, particularly from Germany and Holland.

The Algarve is incredibly varied in this way, and it’s all about finding the right part of the Algarve for you.

Like anywhere the Algarve has both pros and cons, and it’s important to be realistic about what those are.

The pros include the weather, beaches, and slow pace of life, but they can also become cons as well: August can be incredibly hot, the beaches mean an annual invasion of tourists, and the slow pace of life means it can be difficult to get anything done.

Because of the Algarve’s large expat community, it’s probably one of the easiest parts of Portugal to move to. English is widely spoken, which is particularly useful for when you’re buying a house or spending any large amount of money and there are Dutch, German, and British supermarkets, so you’ll never be too far from those home comforts.

Most of the people who move to the Algarve are older, usually retirement age, and so it can be difficult to move out to the Algarve if you’re younger. There’s also a lack of jobs besides those in tourism and the wages, like all wages across Portugal, are usually quite low.

See our bigger list of pros and cons of living in the Algarve. And, if you’re looking for pros and cons that cover the whole of Portugal, be sure to read the following: downsides to living in Portugal.

Where to live on the Algarve

The Algarve is a big place, and it can be difficult to work out where you should live. A good starting point is to pick between the three unofficial regions of the Algarve: The Eastern, Central, and Western Algarve.

The Eastern Algarve, which includes places like Tavira and Olhão, sits to just east of Faro City Centre and stretches to Vila Real de Santo António next to the Spanish border.

Property prices are typically cheaper than the Central Algarve, and you have easy access to Faro, the Ria Formosa Natural Park, and Spain.

The Central Algarve is the most popular part of the Algarve, both for tourists and expats who migrate to Portugal. It includes several popular coastal towns like Albufeira, Carvoeiro, Vilamoura, Praia da Rocha, Armação de Pêra, and Ferragudo.

While all three regions of the Algarve have plenty of natural beauty, the Western Algarve is probably the most scenic. It’s popular with surfers and nature lovers, and anyone who just wants to get away from it all.

The Algarve has good connections to Lisbon, Porto, and other parts of Portugal, both bus and rail, however, transport within the Algarve is really only average.

Only some of the towns on the Algarve have train stations and, for those that do, the train station is often several kilometres outside of the town centre. Buses are available in most towns, but often there are only a limited number of services per day.

Because of this, most people living on the Algarve get around by car and having a car is generally seen as a necessity.

Faro Airport is the Algarve’s regional airport. As the Algarve is primarily seen as a holiday destination, it mainly offers flights to cities in Northern Europe, particularly the UK, Germany, Ireland, and Holland.

For other European destinations, you will usually need to travel to Lisbon Airport. For longer haul destinations, Lisbon is usually the best place to look but often flying from Madrid or even Barcelona is a cheaper option.

The Algarve does have a smaller airport near Portimão, but it only offers a few flights within Portugal. Seville, however, is still within reasonable driving distance of a lot of the Algarve.

Alternatives to the Algarve

The Algarve is unique in that it offers the best weather in Portugal, the largest expat community, and some of the best beaches in the world.

While there’s nowhere else identical to it, two places that are often touted as alternatives to the Algarve are the Silver Coast and the Alentejo, particularly the Alentejo Coast.

Both have grown in popularity over the past few years as people have looked for a less expensive and more authentic alternative to the Algarve.