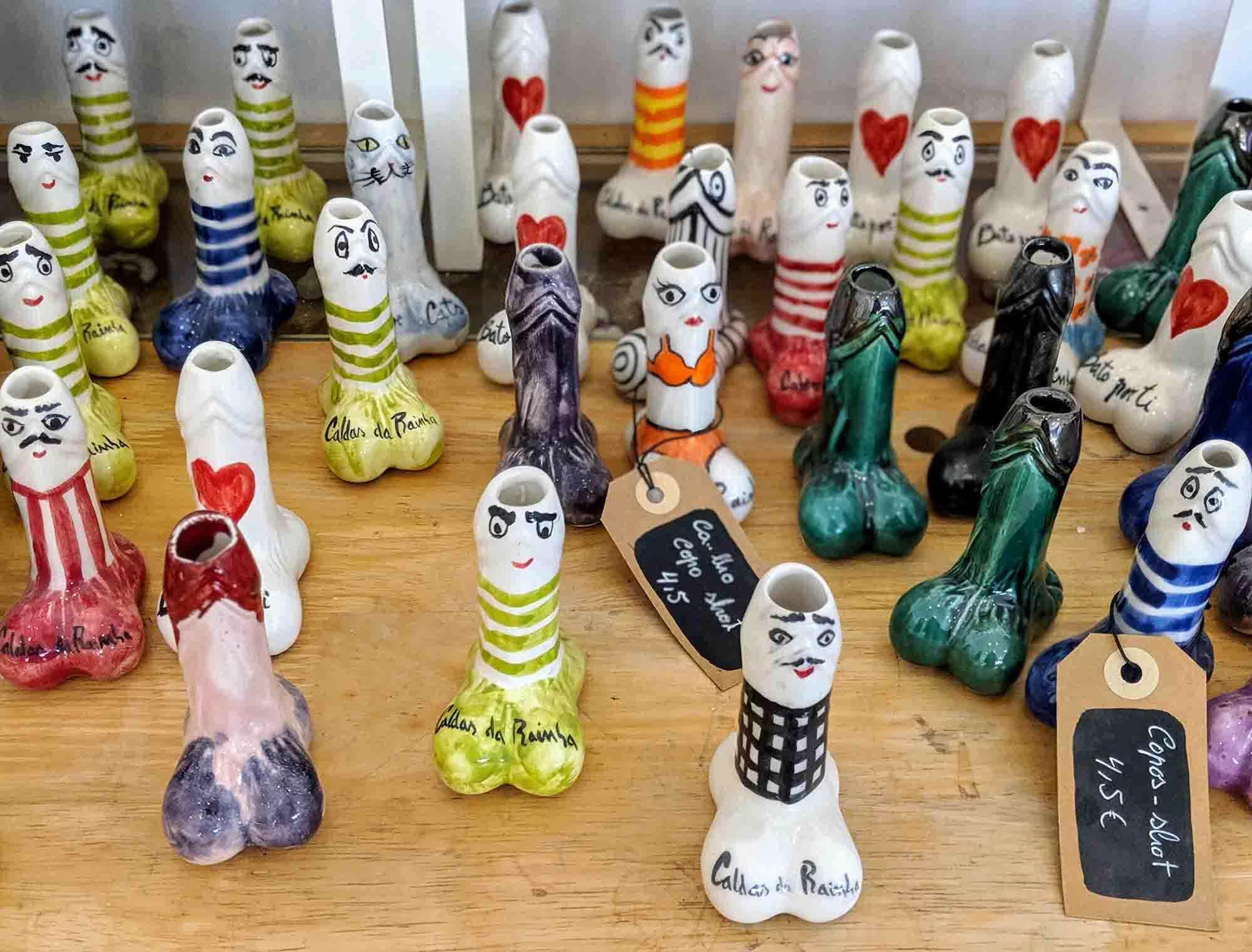 Caldas da Rainha is famous for its pottery, particularly ceramic cabbage bowls that can be found in homes all over Portugal and even around the world. But there’s another type of pottery that Caldas has become famous for: louça fálica.

Walk into many (not all) of the pottery shops in Caldas da Rainha and, in amongst the ceramic cabbage or pumpkin bowls and the ceramic black swallows, you’ll find plenty of ceramic penises.

It’s something that wouldn’t look out of place in Albufeira, but seems very out of the ordinary in this little town in Central Portugal. Surprisingly, this isn’t anything new or local businesses trying to cater to the new tourism boom in Portugal. Many of the people that make and sell these ceramic members have been doing so for decades. 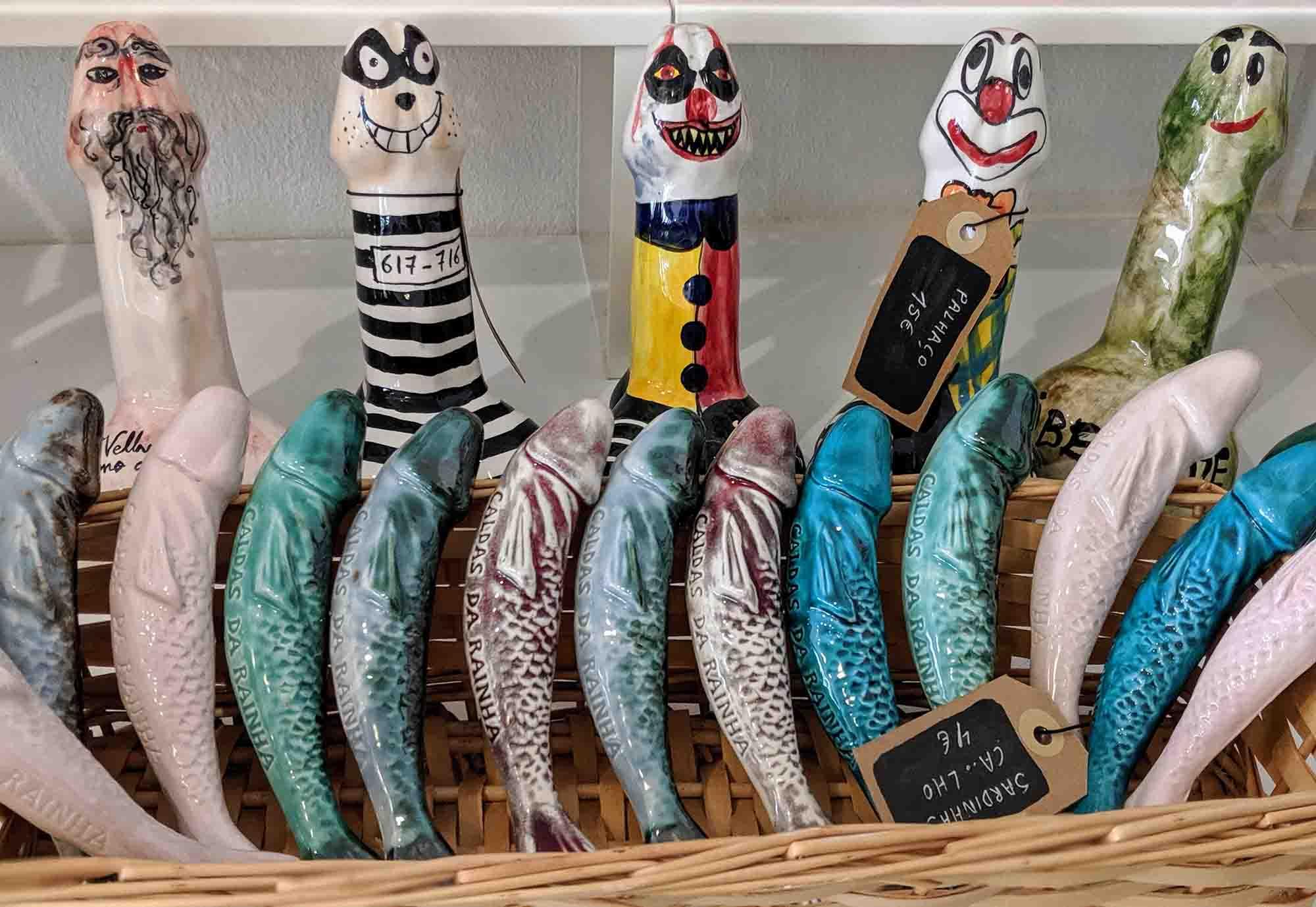 The history of the phallic pottery in Caldas

Nobody really knows why Caldas da Rainha makes penis-shaped pottery, even the people that paint them every day, but there are a few theories. The most common theory is that Dom Luís I of Portugal, who was king from 1861 to 1889, was visiting Caldas da Rainha and asked local potters to make him something different.

Bordalo Pinheiro, who founded the Fábrica de Faianças das Caldas da Rainha and invented the famous ceramic cabbage soup bowls, grabbed some clay and made a male member. The king liked it, and the town has continued making them to this day.

The theory is a good one: Pinheiro was a caricaturist and had already worked his way through most fruits, vegetables, and animals. This would be something new.

If it is true, though, the Bordalo Pinheiro company aren’t taking any credit for starting this tradition. Their catalogue showcases ceramic cabbages, tomatoes, frogs, and Zé Povinho, the rural everyman that he’s also known for, but his naughtier inspirations are kept hidden.

The changing business of penis pottery

The penis pottery industry is in decline, according to Reuters. Once a popular product that was exported all over Europe, the ceramic penises are now only really sold locally in Caldas da Rainha.

Nobody quite knows why there’s less demand, but one theory is that as people have become more liberal these naughty pottery creations are no longer as exciting as they once were. Most local potters in the trade don’t expect to pass their businesses down to the next generation. 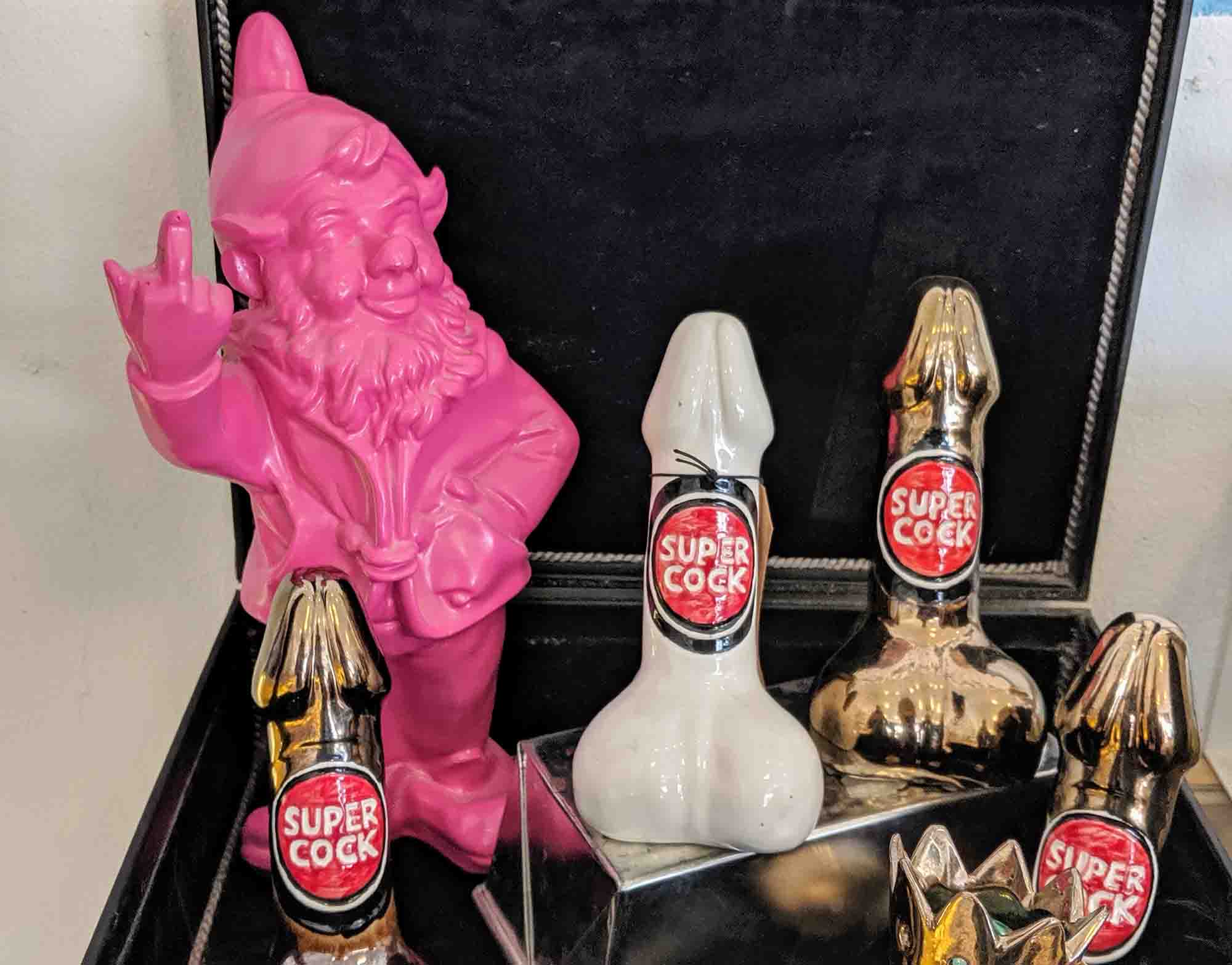 One business in Caldas, Loja do Ca**lho, is hoping that they can keep going by being innovative. Rather than just selling the standard naughty pottery that most other pottery producers sell, they’re creating Star Wars and Superman products, broaches, Super Cock (like Super Bock) figurines, and even lady bits as well. 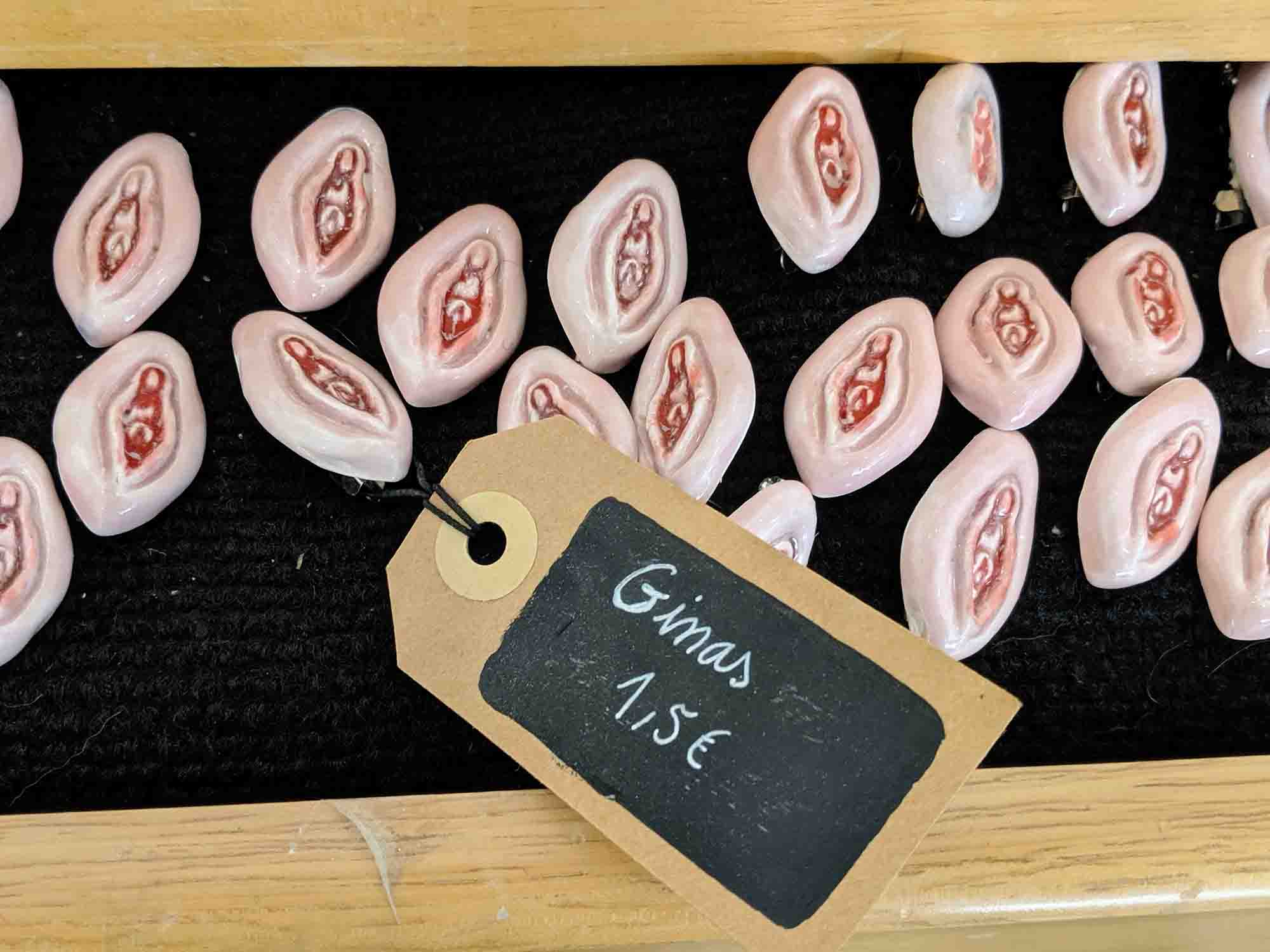 They’re certainly very creative and, hopefully, this will be creative enough to keep this novel local industry going for at least another generation.