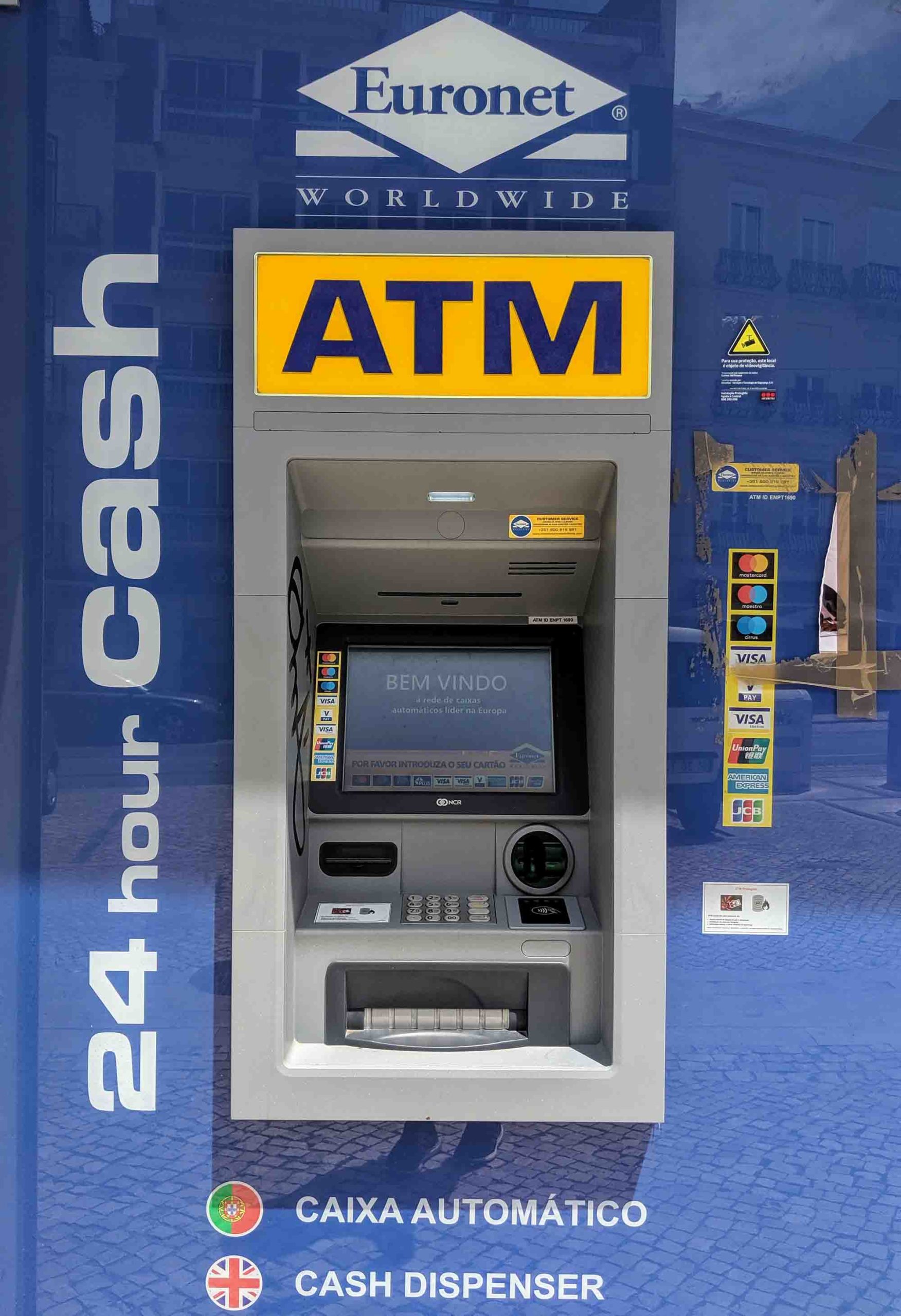 A few years ago, I used a Euronet ATM in Berlin. I withdrew €20 and, unbeknownst to me, was charged a €5 withdrawal fee for the privilege. The ATM never said that I was being charged a fee (otherwise I would have found another one) and so I used another one a few days later.

Thankfully, I was checking my bank account a few days later and I noticed the fees. In just a few days, I’d been charged €10 to withdraw €40. I also got a pretty terrible conversion rate. I haven’t used a Euronet ATM since.

Recently, I’ve noticed these ATMs popping up everywhere and so I’ve decided to write something about them. They’re all over Lisbon and Porto. They’re also in the Algarve and the Azores. They’re the most common ATM at Porto Airport (there are Santander ATMs, but they’re harder to find) and they were the only ATM at Ponta Delgada Airport on São Miguel. And, it’s not just in Portugal either: I’ve seen them all over Europe.

Some people might see that as a small price to pay for convenience. After all, these ATMs are typically in prime locations. Personally, I’d rather forgo the convenience and find an ATM that doesn’t charge me instead.

Euronet Fees: How much do these ATMs charge?

A lot. According to a SOL news report, you can expect to pay the following in Portugal:

Obviously, these fees can change at any time but, basically, you can expect it to be a lot more than you would expect. The worst bit is that most machines don’t tell you that you’re going to be charged a fee (some now seem to), so it catches you completely unaware.

What Should You Do Instead?

If you *need to use an ATM, go to an ATM that’s actually attached to a bank if you can. There are two reasons for this:

Don’t underestimate the importance of point 2. If your card gets stuck in one of the ‘portable’ ATMs that you see at the supermarket or airport, it could take weeks to get it back. Firstly, someone has to come to the ATM and retrieve your card. Secondly, the ATM management company will often post your card to your bank rather than give it to you personally.

*An ATM may or may not be the best way for you to withdraw money while you’re in Portugal.